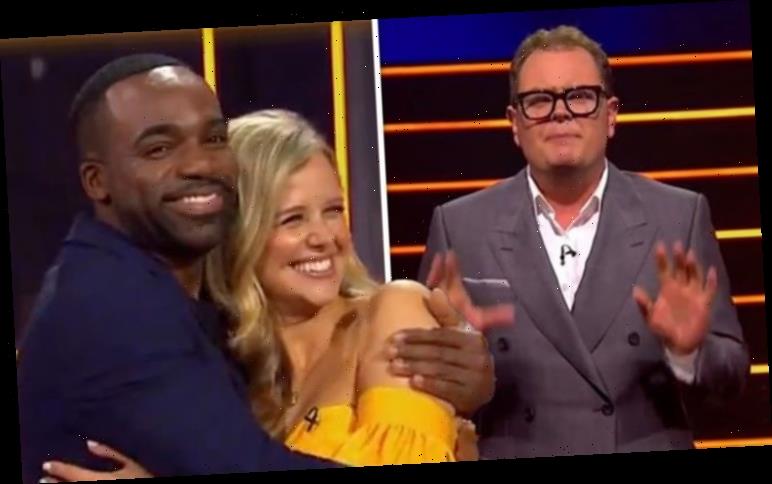 ITV’s newest offering saw Alan Carr at the helm and each week, he will be revisiting one of five gameshows of yesteryear. There were some famous faces up at the podium to try and take home some money for their chosen charities but newfound fans spotted a blunder early on, as Eamonn Holmes and Ruth Langsford, were used in the titles twice.

Tonight’s show saw four celebrity couples come together to play Play Your Cards Right, much to the delight of viewers.

However, before fans could even get to see the contestants in action, something else caught their attention right at the start.

When the opening titles showed who would be taking part in this evening’s programme, there was a glaring error, which didn’t go amiss by viewers. 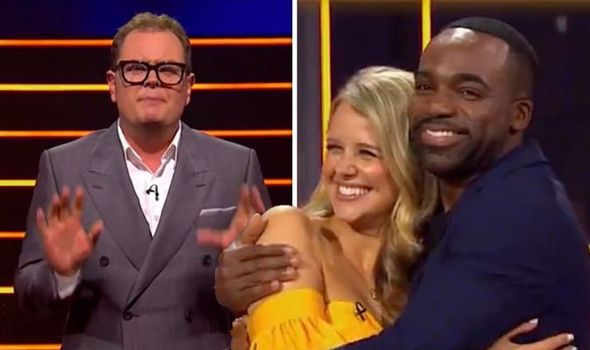 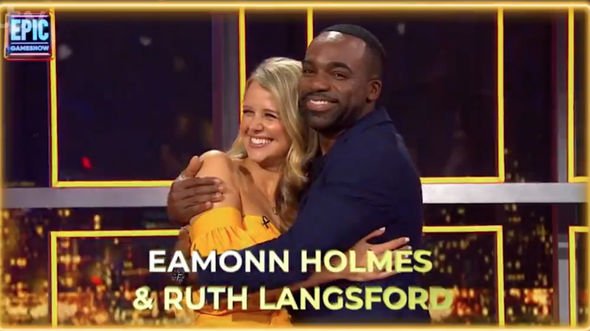 Eamonn and Ruth, were featured on the opening titles twice, once under the correct name and once with their names under a clip of Ore and Portia.

Of course, those watching were quick to point out what they’d just seen, wondering how the error could have been missed.

Taking to Twitter, one baffled viewer wrote: “Editing error already there on #epicgameshow – the captions introduced Eamon and Ruth twice?!” 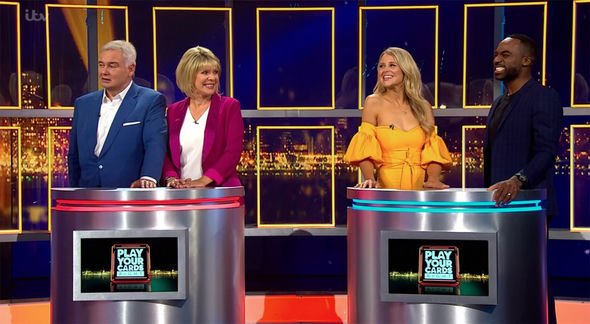 A third echoed: “Hmm Eamonn Holmes has changed from last time he was on TV  #epicgameshow.”

Another said: “Oh my! How Eamonn and Ruth have changed during lockdown! @EamonnHolmes@RuthieeL #AlanCarr.”

Throughout the show, the couples went up against each other in head-to-heads before two of the duos battled it out for a chance to win up to £30,000.

Eamonn and Ruth narrowly beat Portia and Ore to make it through to the final round, up against the cards, where they very nearly lost out after having a big decision to make on their last card.

Luckily, the pair’s card was a six, lower than the previous one, meaning they bagged the £30,000 jackpot, with Ruth bursting into tears as she walked over to the host.

Alan said: “Stop it, you’ll make me cry!” before Ruth told viewers the winnings would be going to The Alzheimer’s Society, adding: “That will help so many people – thank you!”

Fans were delighted to see one of their favourite gameshows back on-screen in the newly revamped show, taking to Twitter to express their feelings on the programme.

One said: “Great to see some of the old game shows again #alancarrsepicgameshow.”

Another echoed: “I think it will be great watching some classic Saturday Night TV I think Alan is a great choice to present this #AlanCarrsEpicGameshow.”

“Watching the epic game show with #alancarr was just brilliant – bring play your cards right back and have him present a whole series #alancarrsepicgameshow  #playyourcardsright,” commented a third.

Next weekend will see Alan bring The Price is Right back to screens – but will anybody take home the jackpot?