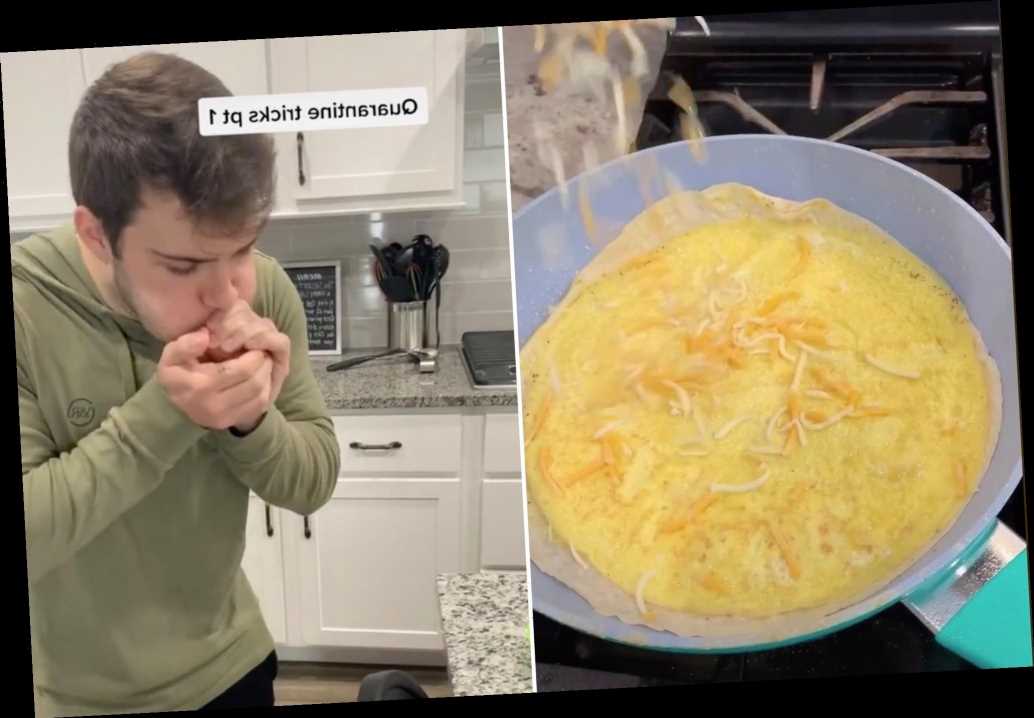 In honor of their creativity during quarantine, we’re corralling the most inventive egg hacks seen on social media (because, well, there are a lot of them). Along with being entertaining to watch, these instructive tutorials will help stay-at-home cooks break out of their shells.

For all my egg lovers out there #fyp #foryou #foryoupage

Peeling a hard-boiled egg without damaging the inside can feel like diffusing a bomb in a James Bond movie. However, one enterprising TikTok user has managed to solve this culinary conundrum by blowing the egg out using his mouth.

In the viral how-to video, entitled “for all my egg lovers out there,” influencer Zach Crean demonstrates cracking the egg at either end for a grade-A hack. He then blows on the pointy side as if it were a kazoo so the egg flies out the larger escape “hatch” in one piece. Voilà, a hard-boiled egg made easy.

No need to make a 250-mile pilgrimage for an Egg McMuffin like these chuckleheads. You can whip one up at home using just one skillet, according to this TikTok tutorial by user @Aldentediva, which currently boasts 3.7 million likes and was even featured on Food Network.

“I do a dip and a flip,” explains the MacGyver-esque gourmand in the video, as she places the beaten egg in the pan.

However, instead of prepping the other ingredients piecemeal, the New Jersey-based home chef tosses the bread slices on top of the scramble and adorns them with bacon and cheese, all before the eggs underneath have finished cooking. She then skillfully flips the whole shebang over via spatula so the buns brown, before slicing the sandwich to eat.

Many social-media chefs have hopped aboard this time-saving trend.

Breakfast Burrito Hack! Tortillas are provided by @thebesttortilla Thank you 😊

♬ Build Me Up Buttercup covered by Dodie Clark – _alt.music_

Prefer to start your morning with Mexican food? Not to worry. TikTok user Mrs. Dee Panda shows you how to use the aforementioned technique to create a breakfast quesadilla as well.

Simply swap out the bread for a tortilla — this time making sure the egg base is almost fully scrambled before tossing the buns on top — give it a flip, and add the cheese, meat and other desired accouterments. Boom, a titillating tortilla filled with goodness in less than two minutes.

Of course, there’s more than one way to skin an egg, as social-media egg-heads were all too eager to demonstrate. One hard-boiled Twitter detective achieved the feat in 10 seconds by first placing the egg in water and shaking the glass vigorously. The person was then able to slip off the shell with ease.

Unfortunately, the hack received mixed reviews on Twitter with some deeming it “genius” while others called it a phenomenal waste of water.