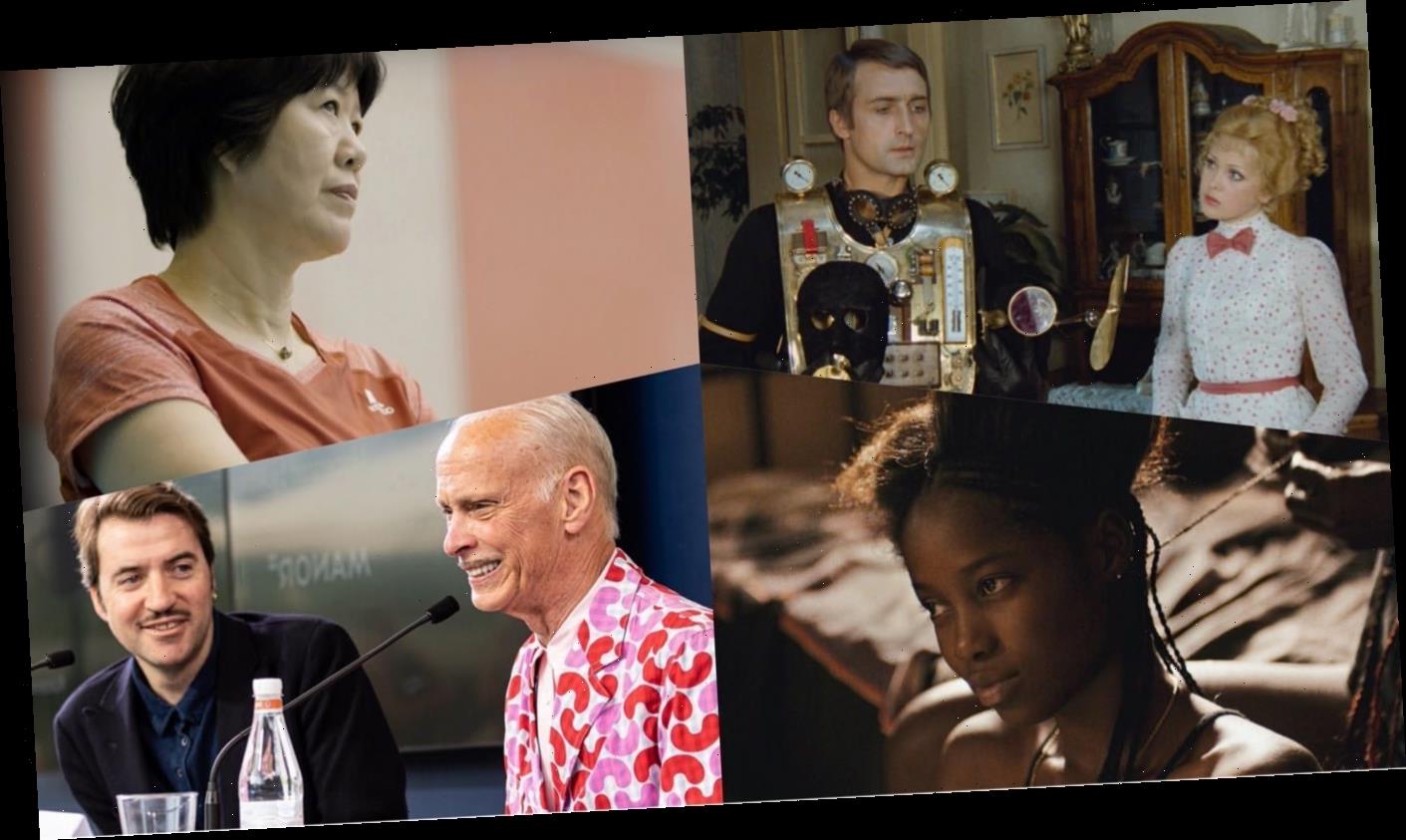 In a normal year, the biggest film event in May would be the Cannes Film Festival. Now, summer has started with all of its prominent film events canceled or transformed, but Tribeca Enterprises and YouTube have found one way to keep programmers busy. We Are One: A Global Film Festival starts May 29 at YouTube.com/WeAreOne, and continues for 10 days with a slew of films and pre-recorded conversations from 21 festivals. The selections will stream for free on YouTube during their scheduled times.

Of course, it’s easy enough to get lost on YouTube, but the We Are One programming has enough reliable perspectives to make the exploration worthwhile: Participating festivals include Berlin, Cannes, Venice, Sundance, Toronto, New York, BFI London, Karlovy Vary, and Locarno. While only 13 of the 100 films are world premieres, the lineup provides a diverse window into different curatorial sensibilities, festival events, and filmmaker perspectives.

It may not replace the rush of being on the frontlines of film culture at a physical gathering, but anyone keen on replicating some aspect of the festival experience at home should consider tuning into the following highlights. Bookmark the links in the titles to tune in.

One of the most intriguing selections in the We Are One lineup is over 40 years old. Chosen by the Karlovy Vary International, Oldřich Lipský’s 1977 parody is the ultimate fan-fiction, combining literary detective Nick Carter with “Little Shop of Horrors.” Michal Docolomanský plays the American investigator who goes to Prague on the trail of a carnivorous plant named Adela. Alternately titled “Dinner for Adele,” the Czech Oscar submission (and Saturn winner) presents the zaniest riff on private eye tropes since “The Pink Panther,” envisioning Carter as a cartoonish figure carrying a suitcase packed with elaborate disguises and even a laboratory (and this was pre-“Inspector Gadget”!). Lipský’s film is designed as a wry commentary on the genre that also plays off the visual humor of modern gadgetry, much like “Modern Times,” and it’s exactly the sort of underseen title that benefits from the festival platform. —EK

Part of the New York Film Festival’s contribution to the We Are One event is a free stream of Mati Diop’s 2009 short film “Atlantiques.” The project was adapted into the filmmaker’s breakthrough feature debut of the same name in 2019. Long before Diop made history as the first black woman to compete for the Palme d’Or with her “Atlantics” feature film, she made her directing debut with the 2009 short about a young boy’s tragic migratory voyage in Senegal. Like “Whiplash” and other short films that lead to festival darlings, Diop’s “Antlantiques” shows off the early promise of a singular filmmaking talent that would later be be fulfilled in the feature adaptation. With the short debuting online as part of We Are One and the “Atlantics” feature streaming on Netflix, it’s an opportune moment for film fans to track the evolution of a project from short to feature. —ZS

Many of the panels featured as part of We Are One have previously live streamed via Sundance, Tribeca, and other film festivals, but that’s not the case with the two discussions being offered by the Berlin International Film Festival. Berlinale will offer free live streams for the first time of its two “On Transmission” panels from the 2020 edition. The first is a discussion between French filmmaking legends Claire Denis and Olivier Assayas and the second is a chat between Oscar winner Ang Lee and Palme d’Or winner Hirokazu Kore-eda (“Shoplifters”). Only attendees at 2020 Berlin International Film Festival were able to see these four filmmaking masters in conversation, and now the festival will take these chats worldwide thanks to We Are One. The range of cinematic talent on display means there will be a little something for everyone here, and reason enough to revisit the works of these masters of the art form. —ZS

Most beloved for playing Jocelyn Packard in “Twin Peaks,” Joan Chen has given so many strong performances over the years (with highlights including “24 City,” “Lust, Caution,” and the recent “Tigertail”) that it can be easy to forget that the director of 1998’s sublime “Xiu Xiu: The Sent-Down Girl” is just as formidable a talent behind the camera. Alas, it’s only gotten easier in the 20 years since Chen’s last feature — the Richard Gere/Winona Ryder romance “Autumn in New York” — left her promise as a filmmaker unfulfilled. Now Chen returns to the director’s chair with her first documentary, a portrait of Olympic volleyball star and coach “Jenny” Lang Ping, whose nickname gives this film its title: “The Iron Hammer.” Every bit as exciting as it is unexpected, Chen’s documentary promises a textured look at a woman who helped China find its footing on the world stage in the aftermath of the Cultural Revolution, and then spiked the ball by moving 7,000 miles away. —DE

During the course of its annual run, the Sundance Film Festival plays home to a dizzying amount of live events, from official festival panels and Q&As to similar offerings crafted by the many brands and outlets that descend on Park City, Utah each January. It’s impossible to attend all of them (hell, it’s impossible to attend even a fraction of them), so to get a second chance with one of this year’s most insightful chats with two of cinema’s most skilled talkers is a real treat. At this year’s festival, Palme d’Or winner Jane Campion and multi-talented actress Tessa Thompson met up for an informal chat as part of the festival’s Cinema Cafe series (moderated by critic Alissa Wilkinson). Designed to be relaxed and wide-ranging, the format is an excellent fit for Campion and Thompson, who are easy talkers always happy to jaw about everything. This particular chat is rife with intriguing tidbits about both talents’ careers, with Campion going long on something fans of her work will love to hear about — how she adds sexy spice to her romantic dramas. —KE

Last year, John Waters was bestowed with a lifetime achievement award at the Locarno Film Festival, joining the likes of Jean-Luc Godard, a visionary whose rule-breaking looks downright polite against Waters’ taste for shock and transgression. Indeed, appreciation for Waters — now enjoying his 70s as a self-professed “Filth Elder” — and his often-X-rated films has grown over the years. The shit-eating, masturbation, and castration of “Pink Flamingos” got the 1972 film banned in Switzerland. Nearly five decades after Waters made the movie, one of Europe’s most prestigious film festivals praised him as a figure of anti-conformity and a fighter for free expression. We Are One is presenting a conversation with Waters, recorded last year after his Locarno tribute, and moderated by director Albert Serra (whose own films, such as the recent “Liberté,” have a certain shock value of their own). —CL

Slated to premiere at Tribeca before the festival was cancelled, Josh Swade’s documentary about photographer Ricky “The Rickster” Powell is the perfect fix for anyone who watched Spike Jonze’s “Beastie Boys Story” and was left hungry for more. A New York kid who was selling lemon ices on the city streets before the Beasties invited him along on their tour with Run-DMC, Powell found himself in the catbird seat to film one of American rap’s formative moments, and he snapped a handful of hip-hop’s most iconic shots on his way to becoming an icon unto himself. Swade — a veteran of ESPN’s vaunted “30 for 30” series — brings his usual acumen to the subject, exploring Powell’s remarkable proximity to music history, as well the photographer’s struggle to keep things in perspective amidst a series of challenges that ranged from the clichéd (drugs) to the compulsive (hoarding). —DE

As “Parasite” rode its historic wave to multiple Oscar wins, Bong Joon Ho became a global rock star, but Song Kang Ho was almost always there by his side. The Korean star, who plays the misguided father in “Parasite,” also had key roles in three other seminal Bong films — “Memories of Murder,” “The Host,” and “Snowpiercer” — as well as a range of different Korean masterpieces, from the delicate “Secret Sunshine” to the gnarliest entry of “Sympathy for Mr. Vengeance.” Song didn’t land that Oscar nomination, but he certainly got the chance to step out of Bong’s shadow when he was honored by the Locarno Film Festival last summer. In this hour-long conversation with Bong and ARTE France producer Olivier Pére, the duo discussed their collaborations, including “Parasite” — and the results are a must-see for diehard “Parasite” fans eager to consume every story from behind the scenes, while learning more about one of its best performers. —EK 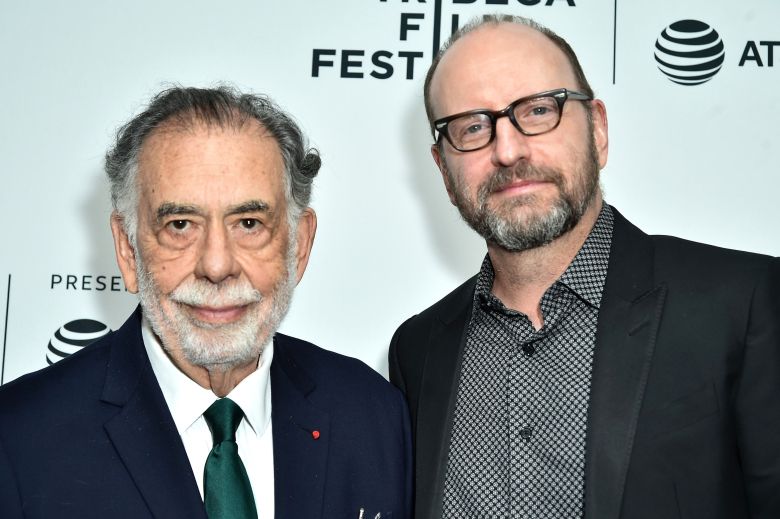 Over the course of its two decades in existence, the Tribeca Film Festival has carved out a compelling niche in the live event space. While the festival doesn’t always offer up the starriest film programming, it more than makes up for that with eye-popping assemblages of big name talent in long-form conversations. Tribeca’s rambling reunion-centric offerings are some of its best, as are its more focused chats that bring together some of Hollywood’s biggest names for one-on-one talks (it’s the only festival where founder Robert De Niro is likely to appear as a moderator, not the talent being interrogated). At last year’s festival, Francis Ford Coppola celebrated a screening of his “Apocalypse Now: The Final Cut” with a post-movie chat with fellow filmmaker Steven Soderbergh. The pair, both clearly admirers of each other, are an engaging match, but the long talk is also rife with hard-won lessons about filmmaking that should appeal to both fellow directors and anyone who lives for a nifty cinema story. “Apocalypse Now” only gets better with age, and this conversation helps add to its lore. —KE

The suicide prevention group Project Wake Up was birthed by a group of young people in 2014 in response to the suicide of one of their friends, University of Missouri student Ryan Joseph Candice. Now, We Are One is hosting the world premiere of one of their efforts, a crowdfunded feature documentary that couldn’t come at a more pressing time. As it stands, suicide in the U.S. has increased 25 percent since 1999, and now communities from the Bay Area to Massachusetts are reporting further increases in such deaths amid the isolation, fear, and mortality of the pandemic. As the Washington Post puts it: “The coronavirus pandemic is pushing America into a mental health crisis.” Though the film focuses on suicide in the U.S., this free, global film festival will offer a wide reach for a crucial message that impacts people worldwide. Weaving together four stories of suicide prevention — those of veterans, the LGBTQ community, students, and gun owners — “Wake Up” bills itself as a call to action for the cause that Candice’s friends have worked six years to advance. —CL