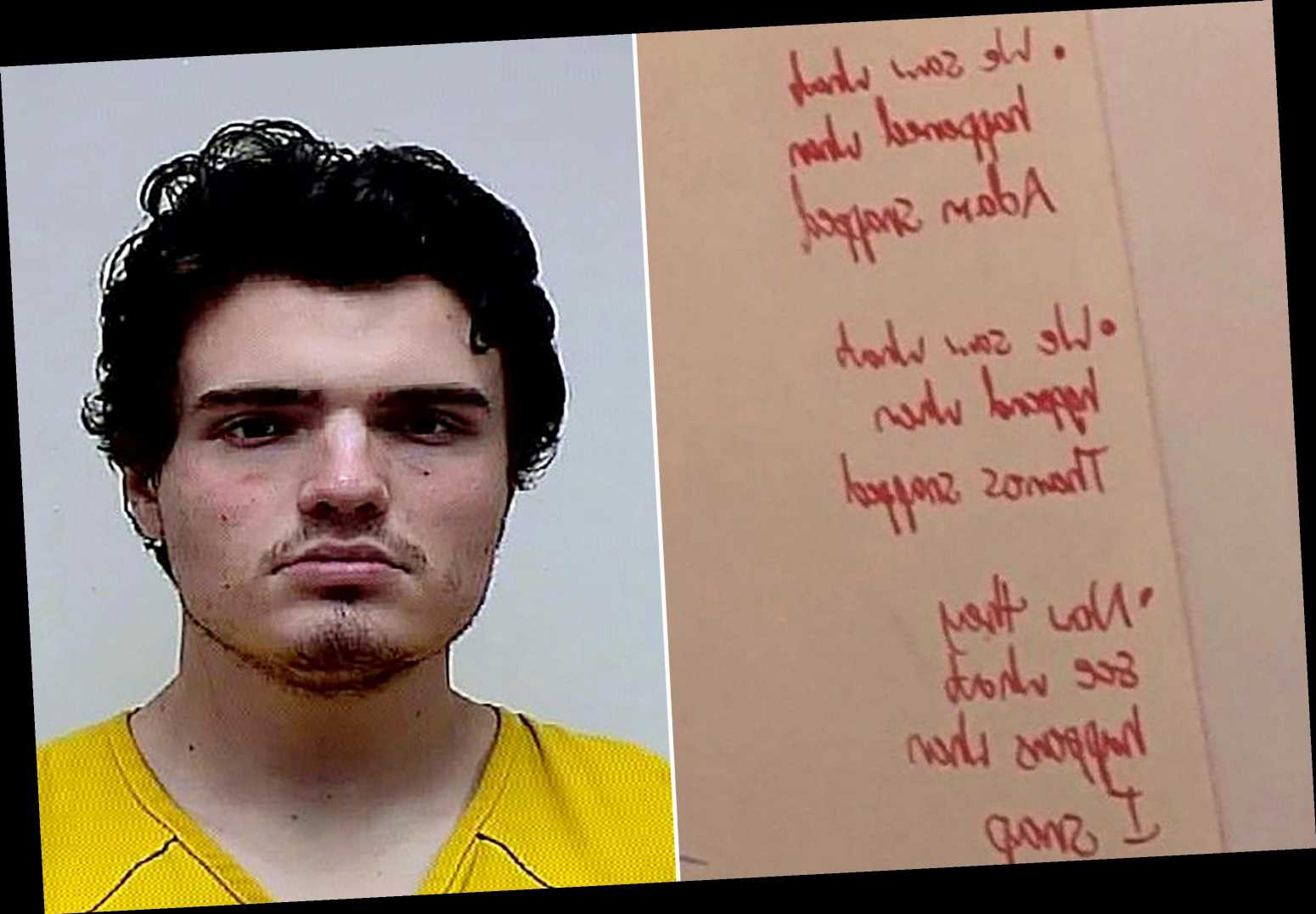 The writing was on the wall.

The University of Connecticut student accused of killing two people and injuring another scrawled bizarre messages on his dorm wall about being “upset” and also referenced the Sandy Hook massacre.

Nearby, a haunting checklist written in red reads:

“Will I get in trouble?”

“Will they look at me strange?”

“Problems and fears are the only two things that need to be confronted!!!!!”

The message, which is too small to decipher, is signed, “#Sandy Hook Promise” — an apparent reference to the advocacy group founded by families of the massacre’s victims.

Manfredonia had written last year about competing in a triathlon for the charity to help raise funds.

Alan Barry, a Danbury attorney whose law firm represents cooperating witness No. 1 in the state and federal cases against Manfredonia, said the messages were disturbing.

“I have no professional credentials to draw an opinion,” Barry said of Manfredonia’s scribbling. “The only thing I can draw on as a human, as an observer of human nature, I can say that what appears in this image is the writings of somebody who is profoundly angry and disturbed.”

“If it turns out that he did commit these crimes, this is someone who is capable, on some immeasurable level, of monstrosity.”

Not seen in the photo is a note written on the wall and reported by the South Passaic Daily Voice this week.

“We saw what happened when Adam snapped,” the message said in a suspected reference to Lanza, who gunned down 26 people — including 20 children — at the Sandy Hook Elementary school.

“Now they see what happens when I snap.”

Manfredonia is accused of killing Ted DeMers, 62, and his former classmate, 23-year-old Nicholas Eisele, before going on the run last week. He was nabbed by authorities on Wednesday.

Barry said his client has provided investigators with valuable information on the case.