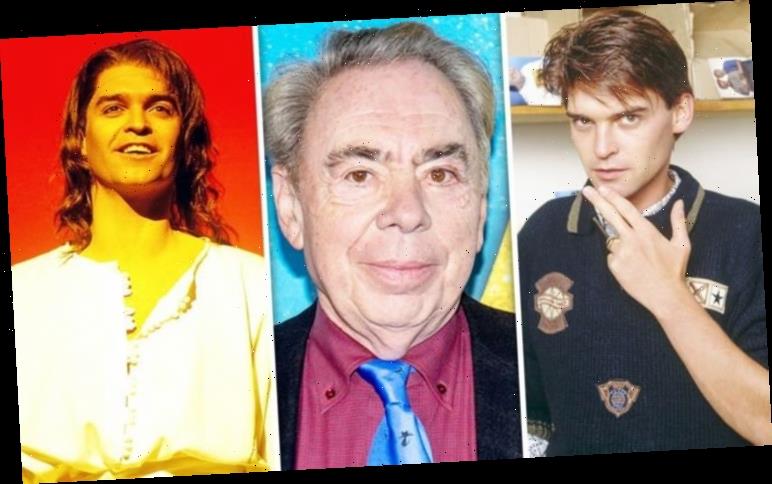 Phillip Schofield was widely praised for his stint as the lead in Andrew Lloyd Webber’s musical ‘Joseph and the Amazing Technicolour Dreamcoat’ in 1991. He took a brief break from TV to tread the boards on London’s West End. At the time, many doubted the future ‘This Morning’ star would be able to fill the boots of predecessor Jason Donovan while he took a six-week break. Despite Phillip’s stage success, where he regularly received rapturous applause, back on the small screen several people found the career move hilarious. One viewer of the 1987 BBC show ‘Going Live!’ sent in an amusing cartoon to mock the presenter for dabbling with musical theatre.

Prior to accepting the role of Joseph, even Phillip had doubts about Lord Webber’s proposal to cast him and initially believed it was a joke.

The composer, who had never heard him sing, had blind faith that he would be perfect for the role because of his looks, persona and most importantly, giant fanbase.

The BBC star dropped one stone, toned-up and quit his 20-a-day smoking habit in preparation for the role, according to Robin McGibbon’s 1992 biography ‘Phillip Schofield: The Whole Amazing Story’.

Despite fears that he could “humiliate himself” and set his TV career back years if anything went wrong, he was a success and was celebrated for such a bold move.

Mr McGibbon, who watched the star’s debut performance, recalled: “Everyone was on their feet, cheering as he skipped through the cast to take his bow. 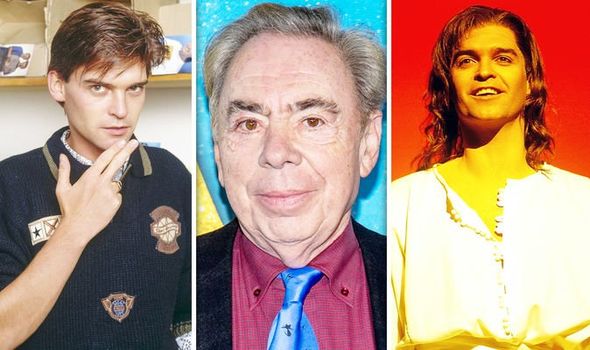 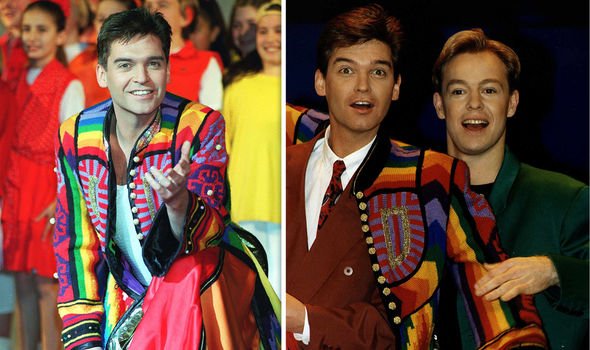 “It was a motivating ovation that not only bought out the goose bumps again, but also made the eyes fill.”

After his six-week stint on the West End stage, Phillip returned to ‘normality’ where he fronted ‘Going Live!’ alongside Sarah Greene.

At the time, he was receiving up to 2,000 letters every week from viewers vying for their handwritten notes to be read out on air – including some “sexy suggestions” that didn’t make the cut.

During one 1992 episode, the future ITV star pulled out a piece with colourful sketches of himself, Sarah and his cuddly co-presenter Gordon the Gopher.

Phillip thanked David from West Lothian, in Scotland, for sending in the letter and commented that the drawings were “very nice”. 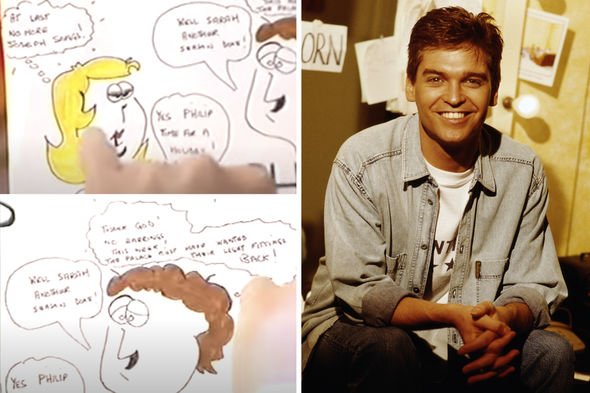 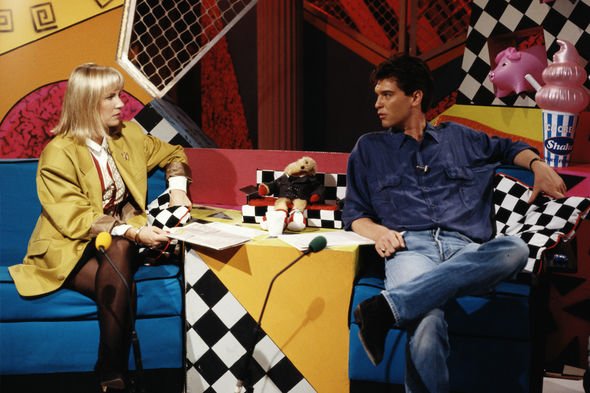 He explained that the final sketch showed himself and Sarah who were “both speaking things but thinking something completely different”.

Phillip appeared shocked as he read out a cheeky dig about his role in ‘Joseph and the Amazing Technicolour Dreamcoat’ and singing talent.

Reading from Sarah’s section, he said: “It says ‘Yes Phillip, time for a holiday’ and she’s thinking, ‘At last no more Joseph songs’ in speech bubbles.”

In an apparent bid to balance the scales, the sketch also featured the star making an amusing comment co-star’s dress sense.

He read: “‘Well Sarah another series done’ says Phillip, ‘Thank god, no earrings this week, the Palace must have wanted their light fittings back!’”