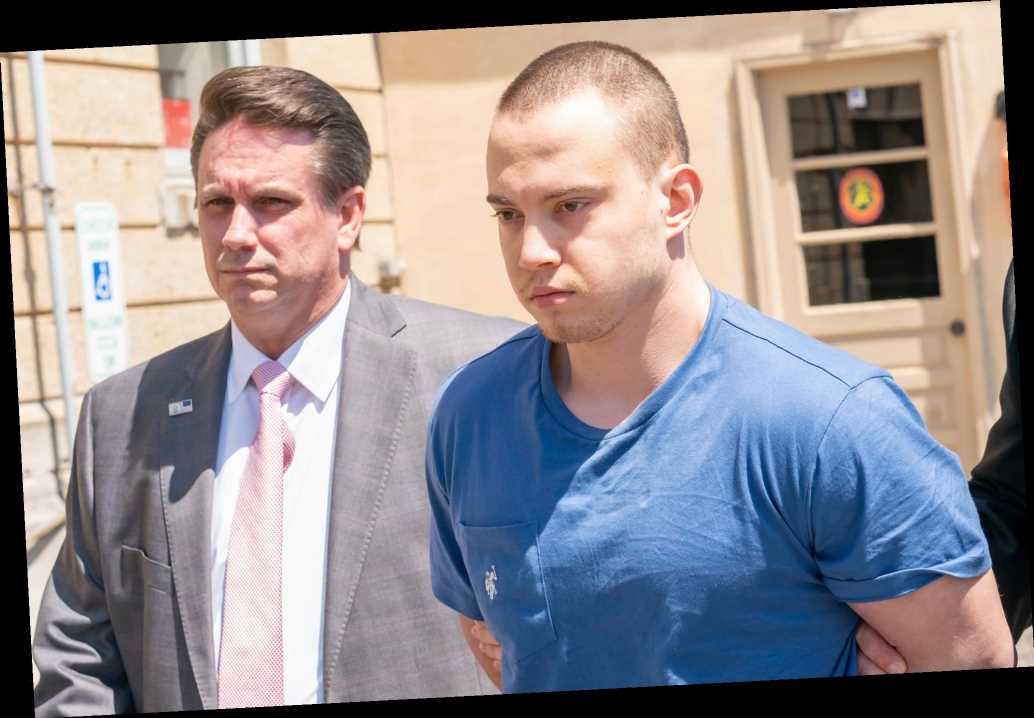 The father of a Long Island man gunned down by his NYPD-rookie friend blasted the officer as a “spineless coward” for the slaying in an interview Wednesday.

The victim’s father, Santi-Robert Curro, said the fact that gunman Errick Allen, 27, did not call 911 and did not wait at the scene of the May 12 shooting shows particular cowardice on the part of the cop.

“This spineless coward, which he really is a spineless coward,” Curro said of Allen, who court papers say has admitted to shooting his 25-year-old son Chris Curro five times in the Farmingdale killing.

“He left my son dead in the street for a half an hour, and after he came back he made a claim he was acting in self defense to the Nassau county detectives,” Santi-Robert said outside his Nassau County home.

“This is not a cop. He’s supposed to be one of the Finest,” he added.

At a court hearing Wednesday, Allen was granted bond by a judge after his defense attorney argued Chris had attacked him and slammed his head on the ground.

Santi-Robert questioned that Wednesday, saying the cop disappeared for half an hour after the shooting and could have been injured in that time period.

“We have no idea if he stumbled on his stoop and fell, whether his [step] father threw him a beating, which wouldn’t be the first time,” Santi-Robert said.

He added that Allen was only able to shoot his son because he was an NYPD officer and issued a gun.

“My son Chris always stood up to a fight with his hands. Never with a weapon. But this kid, because he was a cop because he had a gun he did this,” Santi-Robert said.

In a statement after Wednesday’s court hearing, an attorney for the Curro family said they are confident Allen will ultimately face justice

“The family was very disappointed to learn of the judge’s decision but they have the utmost confidence in the process and look forward to the day when Mr. Allen must face trial for his heinous act,” Michaelangelo Matera said.