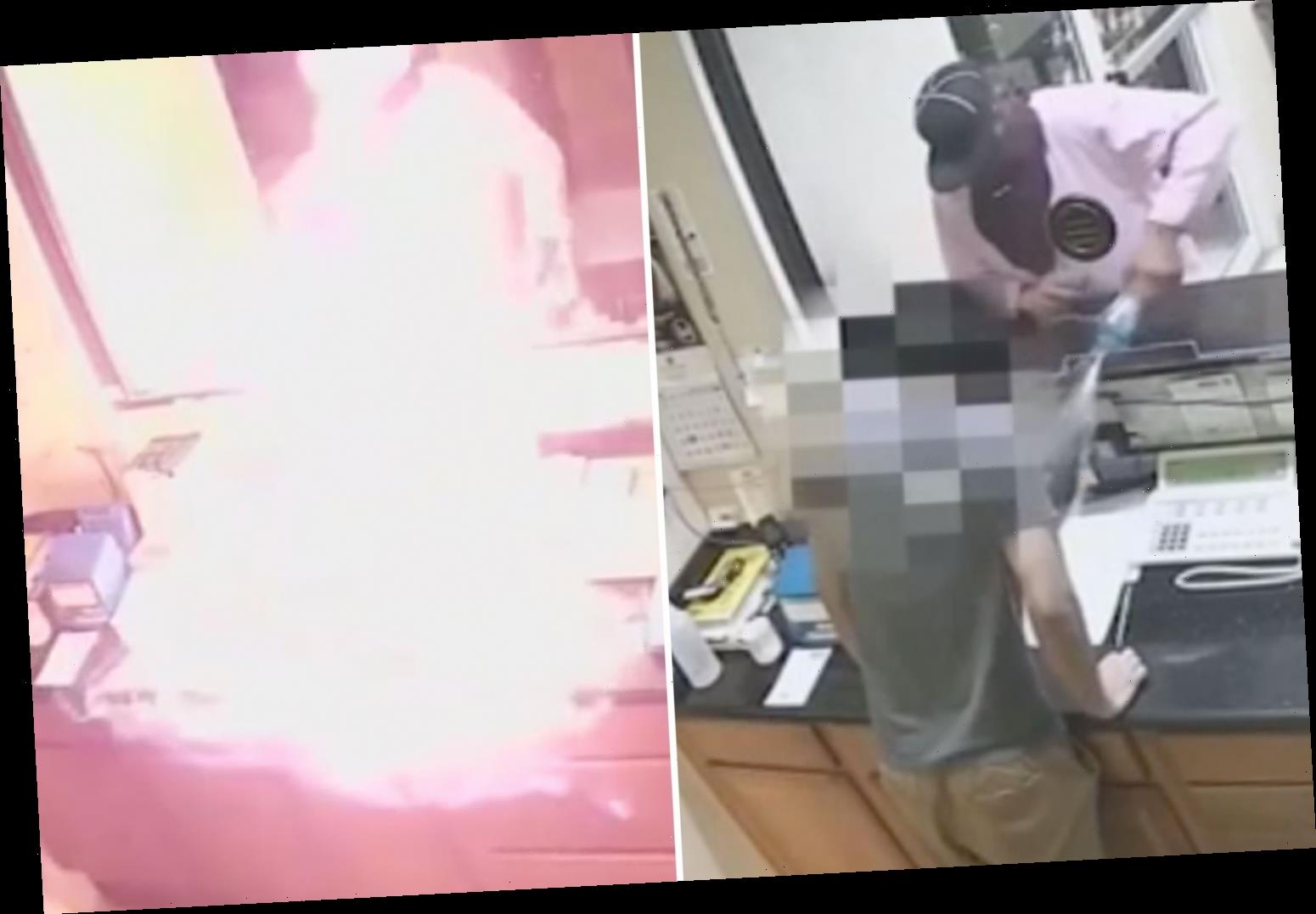 THIS is the horrifying moment a thief lit a hotel receptionist on fire – after threatening to burn him alive if he didn't hand over some cash.

Texas authorities described the attack at the Budget Host Inn on Sunday night as "absolutely horrific" after Fort Worth firefighters shared the shocking footage on Facebook. 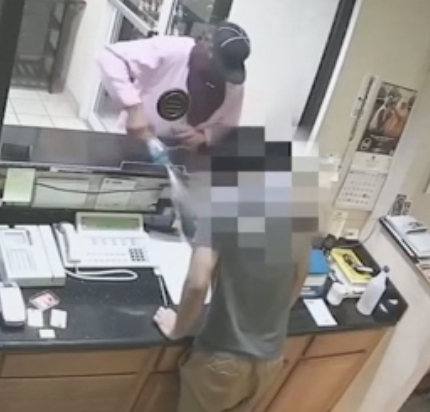 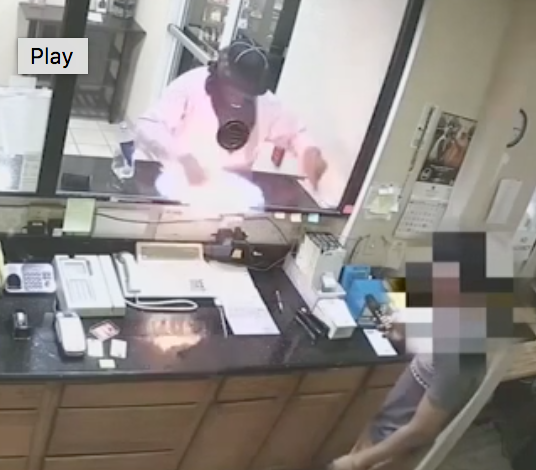 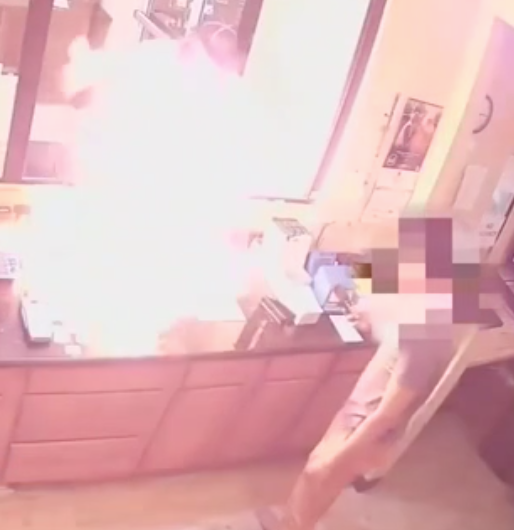 A few minutes later, the clerk emerged to take call while the alleged thief used a cigarette lighter to set the liquid ablaze.

The fire rapidly spread all over the office and engulfed the clerk, who backed away from the flaming desk.

"He made robbery demands to the clerk and threatened to burn him alive if he did not comply," the Fort Worth Fire department said in a Facebook statement on Tuesday.

"The male suspect then attempted to carry through with his threat causing minor burns to the clerk and extensive fire damage to the office." 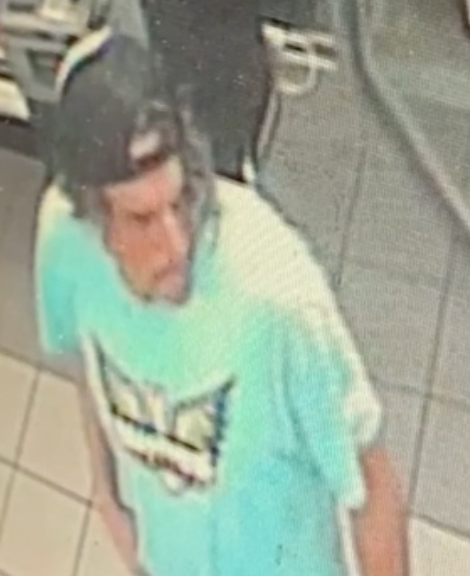 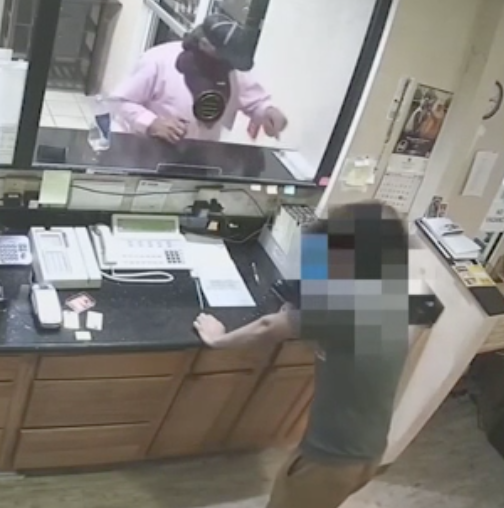 The robber-turned-arsonist also demanded that the receptionist hand over the hotel's guest list before setting the place alight, according to local reports.

After setting the office on fire, he fled out of the front door and security footage from the parking lot showed him getting into a white, four-door Honda Accord.

FWFD Arson and Bomb detectives are now asking the public for help identifying him.

Drivdahl posted the video on the fire department’s Facebook page on Tuesday morning.

"The suspect is believed to be a Hispanic male with long hair," the department's post read.

"The t shirt and ball cap visible in gas station video, is then covered with a button down shirt and the cap turned inside out.

"He fled the scene in a white four door car that is believed to be a Honda Accord with a sunroof and rear spoiler."

Once caught, cops say he will probably be charged with attempted aggravated robbery.

Anyone with information should call Fort Worth Fire Department Lt. James Horton at 817.929.8735 or Tarrant Co Crime Stoppers at 817.469.TIPS. 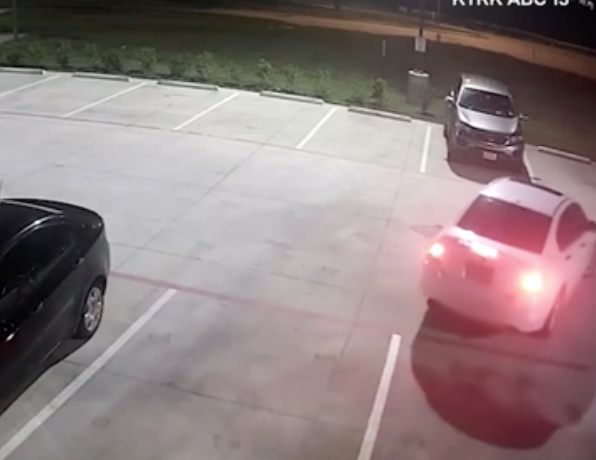 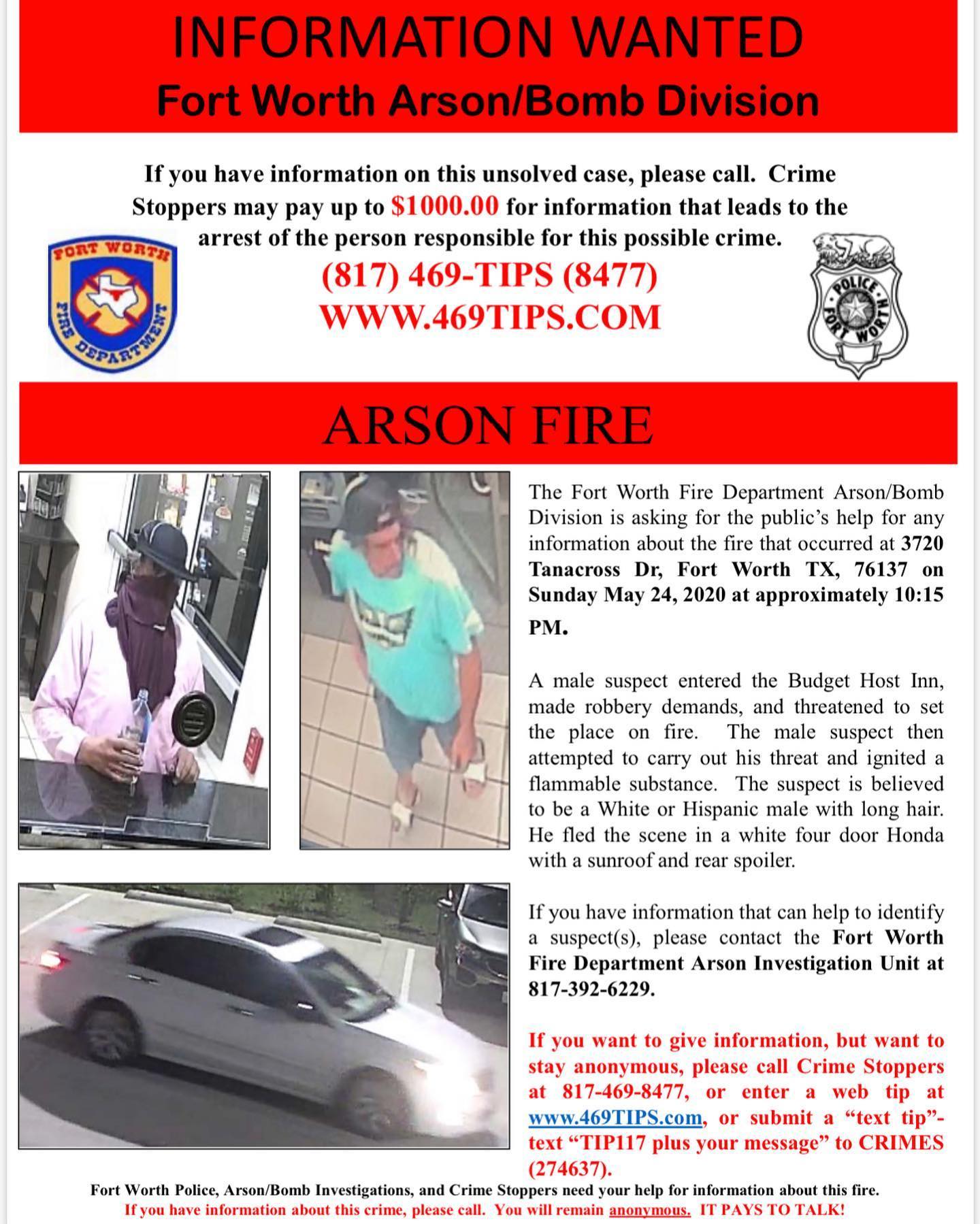