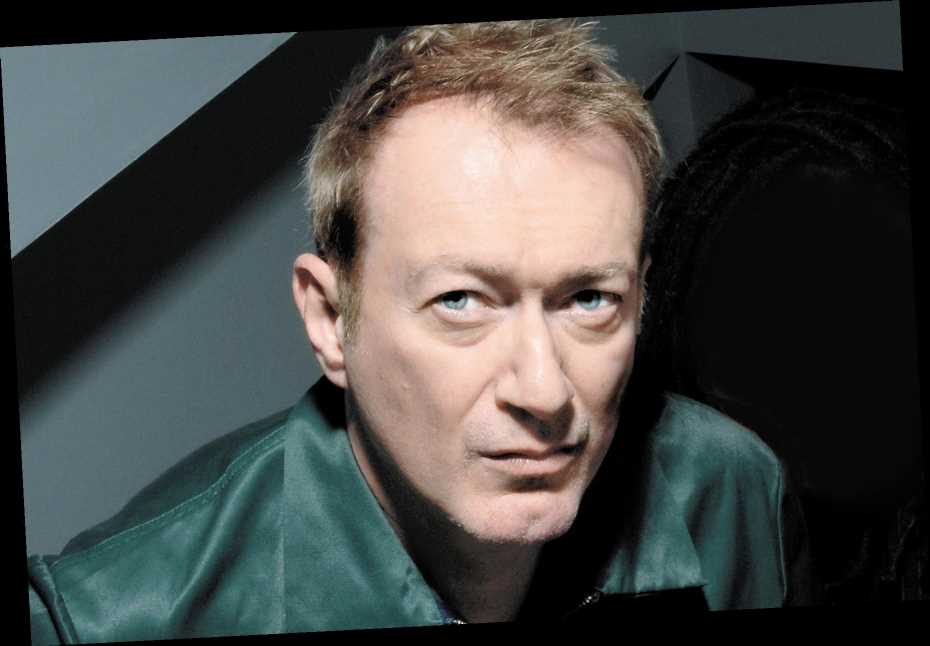 The surviving members of Gang of Four have shared a punchy new song, “Forever Starts Now,” that was co-written by Andy Gill before the guitarist’s death earlier this year. The track will appear on a new EP, Anti Hero, which will arrive July 17th and feature a portrait of Gill on the cover designed by Shepard Fairey.

Gang of Four singer John Sterry tells Rolling Stone in an e-mail that he and Gill co-wrote “Forever Starts Now” while they were wrapping up their 2019 album, Happy Now. “We’d always seen something great in the track, been excited by it, and would bring up the fact we needed to finish it after a glass of wine or midway through a game of pool on tour,” Sterry recalls. “Life kept intervening like that and then, of course, the opposite of life, so we never did get to the final mix.”

Sterry says “Forever Starts Now” was rooted in an idea he and Gill were kicking around about how admiration is “used to exert control in relationships.” The lyrics, he continues, ended up “focusing on a character who sees himself as the hero of his own life and manipulates his partner into supporting this fantasy. The line, ‘She sings along with his song/She thinks it’s like having the radio on…’ always brings a wry smile.”

This central theme of “Forever Starts Now” inspired the title of Gang of Four’s upcoming EP, Anti Hero, with Sterry adding, “Andy always was skeptical about hero narratives.” Sterry completed the EP with bassist Thomas McNeice and drummer Tobias Humble, as well as Gill’s widow, Catherine Mayer. Anti Hero follows another Gang of Four EP, This Heaven Gives Me Migraine, which was released earlier this year and features three tracks Gill had signed-off on from his hospital bed just before his death.

Mayer says Gill was particularly prolific during his later years, even after he fell ill. “In hospital, in January, for as long as he was able, he continued to work from his critical care bed, asking me to bring him hard drives with different songs on them and to help him to send emails to musicians about ongoing work and to answer agents to confirm future tour dates,” she says. “He was signing off on mixes and making creative decisions and he was just so enthused about his latest projects.”

Two of the other songs on Anti Hero are new versions of old Gang of Four tracks “Change the Locks” and “Glass,” which were completed at the time of Gill’s death. The next single, however, “Day Turns to Night” (set to arrive June 26th) was written by Sterry days after Gill’s death and will mark his first solo single under the moniker JJ Sterry.

In a statement, Shepard Fairey spoke about Gang of Four’s influence on him and being asked to craft the cover for Anti Hero. “Gang of Four has been a profound inspiration for me because the band demonstrates that great art can powerfully merge pleasure and intellectual provocation,” he said. “I was devastated to hear of Andy Gill’s passing, but honored to make a portrait of him in the hope of creating an iconic image of one of my heroes — with apologies to Andy, to me he was a hero — to serve as a reminder that though life may be fleeting, Andy’s potent art and ideas will endure.”

All net receipts from sales and streams of Anti Hero and its singles will be donated to Guy’s and St. Thomas’ Charity, which benefits the London hospital that tried to save Gill’s life earlier this year. “I’m pleased that we’ve been able to bring [the EP] out now, in the midst of a global public health crisis that is felt so keenly by St Thomas’s hospital and the wonderful staff there who worked so hard to try to save Andy,” Mayer says. “Everyone involved provided their services for free and we are donating what we raise to the hospital’s charitable trust.”