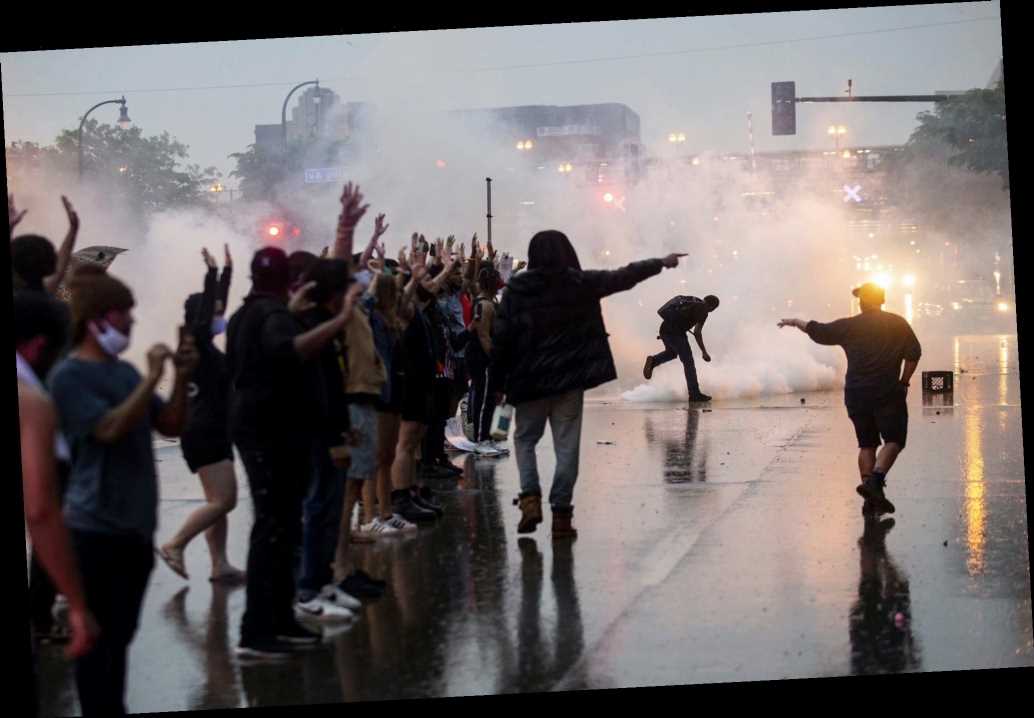 A protest in Minneapolis over the death of a black man in police custody turned violent Tuesday night, with demonstrators clashing with police and trashing a precinct building, reports said.

Several hundred demonstrators at about 6 p.m. splintered off from a mainly peaceful afternoon rally and marched to the city’s 3rd Precinct to protest the death of George Floyd, WCCO-TV reported.

Floyd was seen on viral video being pinned down by a white Minneapolis police officer, yelling, “I can’t breathe” before he died.

The group targeted the precinct because it’s believed the four Minneapolis cops involved in George’s arrest — who have all since been fired — worked there, the report said.

Unruly protesters spray-painted the precinct, tossed rocks at the building’s windows and vandalized at least one patrol car, according to Fox 9 footage.

“Break that shit,” one protester could be heard, as others cheer.

Police in riot gear arrived and fired tear gas at the protesters, who took aim at the officers with rocks, water bottles and other objects, the report said.

The FBI and Minnesota state authorities are investigating Floyd’s death.