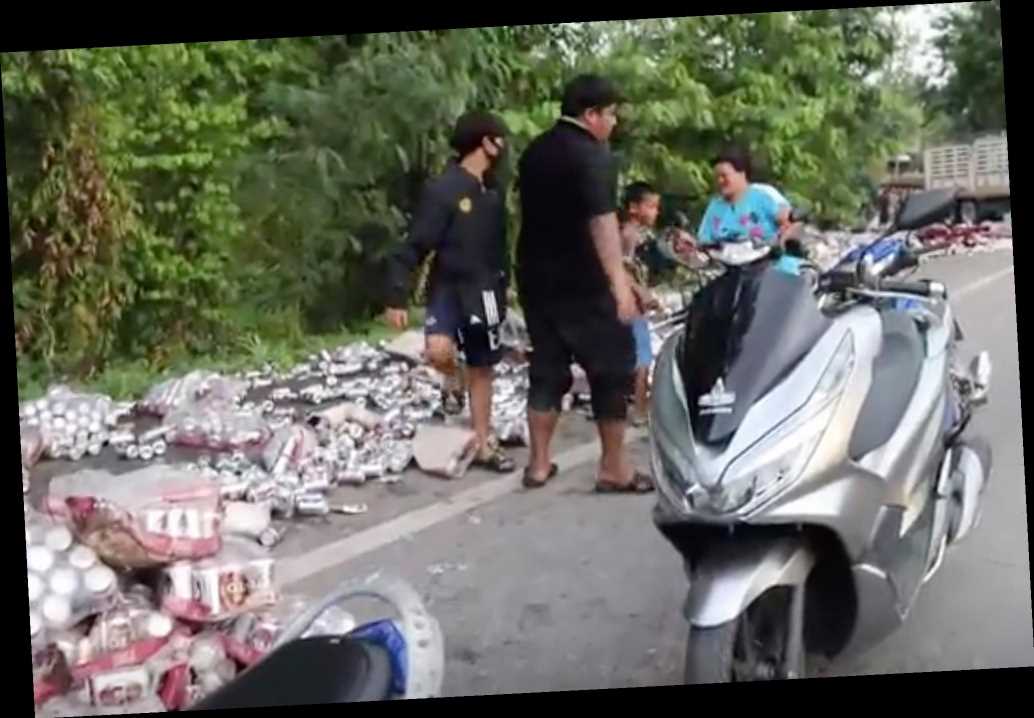 Rubbernecks on the road couldn’t keep their eyes — or hands — off this highway crash.

A stalled semitrailer truck carrying thousands of cans of Leo lager in Chumphon, a Thai province on the Malay Peninsula, attracted hordes of locals to the site of the accident, who came to lend a hand with cleanup by grabbing as many beer cans as they could hold in their arms.

Truck driver Thanongsak Sairin had been en route to deliver 3,600 crates of aluminum beer cans when he nearly overturned on a wet road on May 23, ViralPress reports. He was able to maneuver the truck to prevent turning over, but wasn’t able to keep hundreds of beer crates from scattering along a 150-foot stretch of highway.

The wreck was said to have caused traffic to merge down to one lane. Meanwhile, some drivers added to the chaos by insisting on pulling over to take a closer look.

Sairin reportedly called out onlookers who came only to snatch free Leo beers, which typically sell for approximately $1.40 each (45 Thai baht), the Daily Mail reports. It’s estimated that the value of beer on the crashed truck exceeded $4,000.

Still, he also thanked the good Samaritans who came with the intent to actually help the stranded driver.

“I tried to control the truck on the wet road to prevent it from flipping and causing even more damage to the goods,” Sairin told local media outlets. “The truck didn’t overturn but it spilled some of my goods, which were taken by selfish people. They did it despite me trying to stop them.”