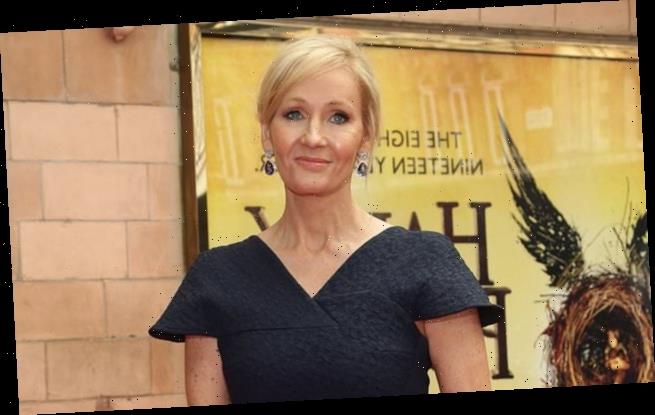 JK Rowling has announced she is publishing a stand-alone fairy tale called The Ickabog and will make it available for free online for children in lockdown or back at school.

The Harry Potter author said she wrote the story 10 years ago but kept the manuscript stashed away in a box in the attic after opting to publish her novels for adults instead.

Rowling said she has now retrieved it and done some re-writing and, in a series of tweets on social media, outlined how she would be bringing it to the public for free.

The iconic writer has announced she will be publishing a chapter online every weekday, in order to help young children home from school during the lockdown period. 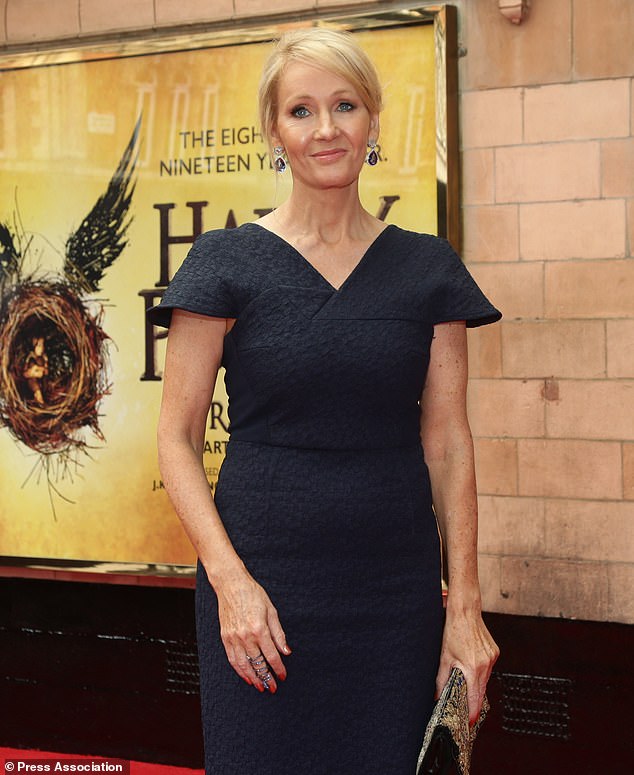 JK Rowling will release ‘The Ickabog’ after it spent years sitting in a box in her attic, as she hopes to help comfort young children during the lockdown period

As with every instance of Rowling producing new material, the burning question of whether it would be in any form Harry Potter related soon arose.

Addressing such topics, she began: ‘I have a small announcement, but before I get started, I want to head off one possible source of confusion. THIS IS NOT A HARRY POTTER SPIN-OFF.

She added: ‘Over 10 years ago, I wrote a stand-alone fairy tale called The Ickabog.

‘I always meant to publish it, but after the last Potter was released I wrote two novels for adults and, after some dithering, decided to put those out next.

‘Over time I came to think of The Ickabog as just for my family. The manuscript went up into the attic, where it remained until a few weeks ago.’

Sharing a photo of the book she kept the pages on, she added: ‘This is the very dusty box I got down from the attic. (It’s a Net-A-Porter box and might well have held a premiere dress.)

‘Opening the box was like opening a time capsule. Most of the story was handwritten, but bits had been typed up. When I put it into some kind of order (I’m not renowned for my filing skills) I had a patchwork first draft.’

She continued: ‘Anyway I’ve decided to publish The Ickabog for free online, so children on lockdown, or even those back at school during these strange, unsettling times, can read it or have it read to them.

‘We’ll be publishing a chapter (or 2 or 3) every weekday, starting at 3.00pm today and ending on July 10th. You don’t need to register to access the story. You can read it for free on a new website we’ll be launching shortly. But there’s more…

‘I’d like children to illustrate the book for me! I’ll be suggesting ideas for pictures as we go, but nobody should feel constrained by my ideas. Let your imaginations run wild!’

Rowling stated that she would be unable to judge which illustrations go into the published versions, as this will be dictated by publishers themselves on grounds of what fits best.

She has, however, promised to share children’s attempts on Twitter, will also confirming all royalties from the published series will go to helping charities in the battle against coronavirus.

Earlier this month Rowling had announced she was donating £1 million to help the homeless and those affected by domestic abuse during the pandemic.

Announcing the financial contribution – which will be split between the Crisis and Refuge charities – Rowling said the money would go towards helping some of those hit hardest by the outbreak and the impact of the lockdown.