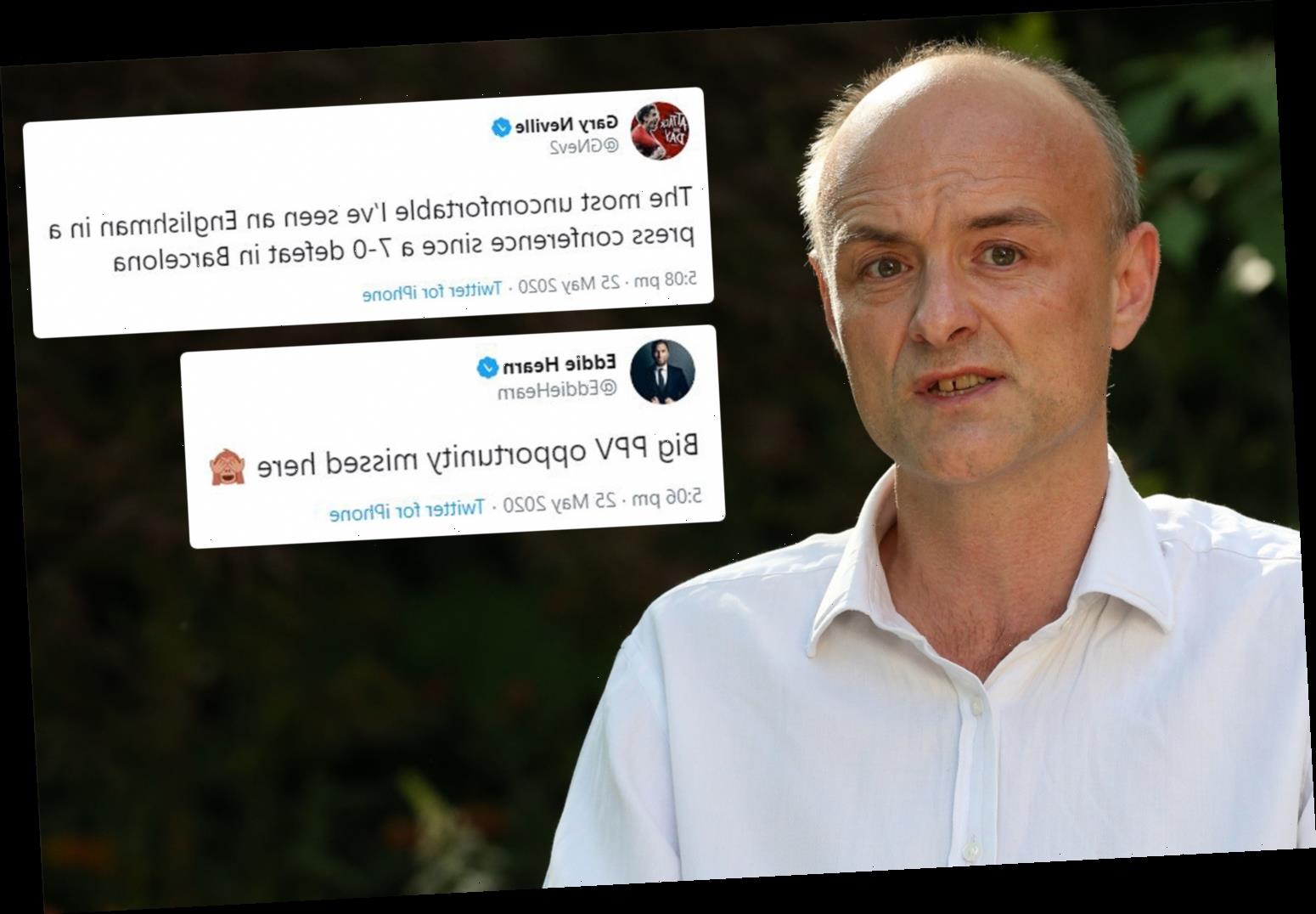 Prime minister Boris Johnson's top adviser faced a media grilling over his 260-mile trip to Durham during the coronavirus lockdown. 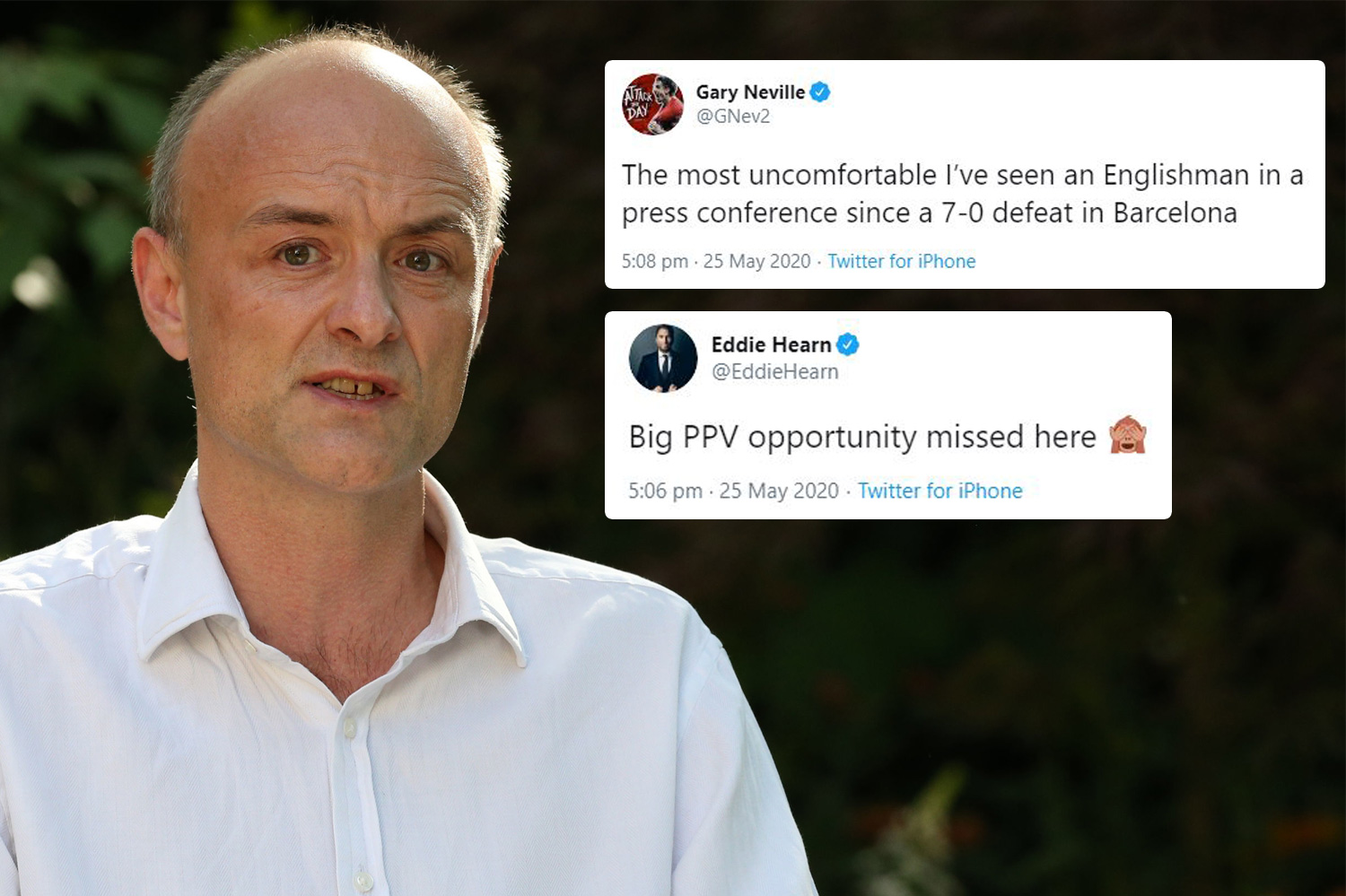 Social media was lit up with commentary on Cummings' performance during his interrogation.

Neville tapped into what a lot of people were thinking when he commented on how uncomfortable Cummings looked.

And he did it with a pop at himself that had followers in stitches.

Manchester United legend Neville tweeted: "The most uncomfortable I’ve seen an Englishman in a press conference since a 7-0 defeat in Barcelona."

That was in reference to his Valencia side's 7-0 mauling at the hands of Barcelona back in February 2016.

And it led to an excruciating 11-minute meeting with the media afterwards, which Neville likened to Cummings' own performance.

Matchroom kingpin Hearn – who is planning to stage fight nights in his back garden amid the pandemic – was another who chimed in.

Realising the nation was gripped to its televisions to see what would happen, Hearn tweeted: "Big PPV opportunity missed here."

Some took Hearn's tweet as a chance to have a dig at him.

One tweeted: "This has been more entertaining than AJ-Ruiz II."

And another commented: "Unlike you Eddie, more punches being throwing here than on some of your cards."

Cummings used the press conference to insist he did nothing wrong on his journey and revealed he even faced threats against his family.

The aide also blamed the media for his trip, saying he did not feel safe at his home due to negative reports.

He explained: "I was subject to threats of violence, people came to my house shouting threats.

"I was worried about leaving my child at home in the night.

"I thought best thing was to drive to an isolated cottage on my father’s farm."

He added that he "did not consider" resigning at any point.