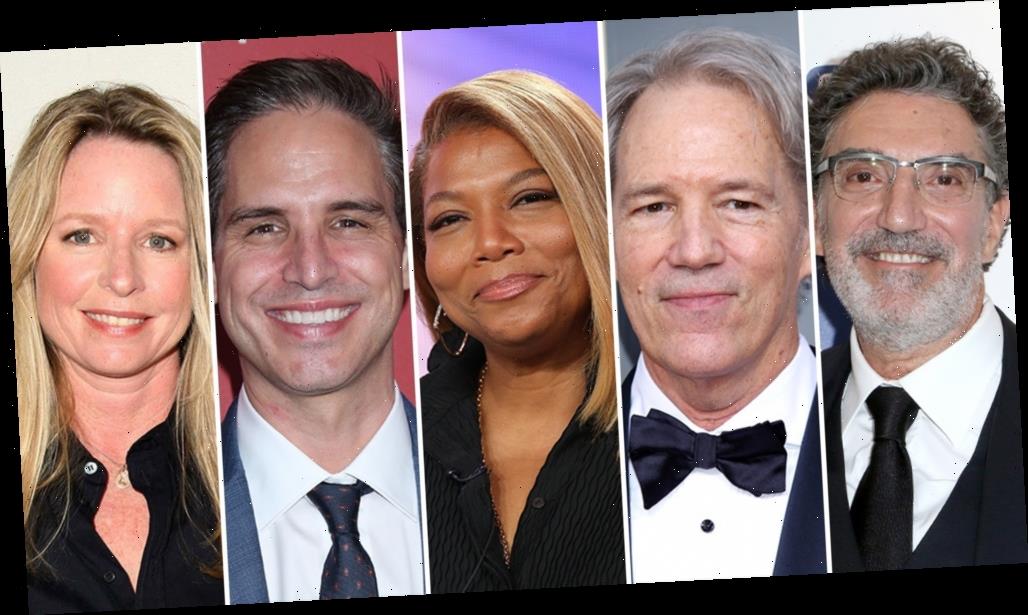 The 2020 pilot season has remained unfinished business, with pilots ordered but not filmed. And yet, under most extraordinary circumstances, amid a global pandemic that has upended the lives of millions and thrown most industries, including Hollywood, into chaos, it was almost business as usual in the month of May, with three of the five broadcast networks picking up new series out of the pool of pilot orders.

Only one of the pickups was based on an actual pilot, CBS’ comedy B Positive, the only completed 2020 broadcast pilot. The rest were straight-to-series orders based on two or more scripts and creative auspices.

Facing expensive decisions — a high-end drama series order could be in the $50 million-$80 million range — the networks have taken steps to minimize the risk by going with projects that are based on well-known IP, come from creators/producers with a strong track record, have a big-name star or a big commitment, and often meeting multiple of those criteria.

Of the seven straight-to-series orders made over the last two weeks, two are reboots (CBS’ The Equalizer, starring Queen Latifah, and the CW’s Kung Fu), one is a sequel to a famous movie (CBS’ Clarice, a follow-up to The Silence of the Lambs), and one is based on a popular book property (ABC’s Big Sky, based on the Cassie Dewell book series). That is in addition to the Walker Texas Ranger reboot, headlined by Supernatural’s Jared Padalecki, and Superman & Lois, ordered straight-to-series by the CW in January.

CBS and the CW also are relying on their most prolific producers, Greg Berlanti, whose company is behind both Kung Fu and Superman & Lois, and Chuck Lorre, co-creator/executive producer of B Positive. Berlanti has nine other series on the CW; Lorre has three returning comedies on CBS. Additionally, CBS All Access/CBS TV Studio MVP Alex Kurtzman, the architect of the Star Trek universe and Hawaii Five-0 co-creator/exec producer, is behind Clarice.

One of the top TV creators of the last three decades, David E. Kelley, is the writer/exec producer of Big Sky; ABC’s newly picked up comedy series Call Your Mother, starring Kyra Sedgwick, is created/exec produced by The New Adventures of Old Christine creator Kari Lizer, while NBC’s previously ordered straight-to-series comedies for next season are from Fresh Off the Boat creator Nahnatchka Khan and Dwayne Johnson (Young Rock) and 30 Rock and Unbreakable Kimmy Schmidt‘s Tina Fey and Robert Carlock (L.A. Mayor).

While it’s hard to blame the networks for playing it safe amid historic financial hits their parent companies are suffering during the pandemic, historically, the biggest upside of having a pilot season has been the emergence through the screenings and testing process of dark-horse projects that go on to become hugely popular series, like CBS’ Blue Bloods or CSI or ABC’s Grey’s Anatomy.

We may still see some of that as ABC, CBS, NBC and Fox still plan to make at least some of their pilots later this year. (Others, including both of the CW’s outstanding ones, are being rolled to next season.)

There are some strong prospects based on original ideas that don’t come from “usual suspect” showrunners at NBC and Fox, the only networks that have not yet given straight-to series orders to any of their pilots. The list includes NBC’s Debris and Ordinary Joe and Fox’s Blood Relative.

And, while the broadcast networks programming choices so far may be largely conventional, what the pandemic-related shutdown has achieved is break the conventions of pilot season. After numerous — mostly unsuccessful — attempts by various network heads, the flawed broadcast development cycle has finally been profoundly disrupted, and few expect that it will go back to pre-coronavirus normal when the pandemic is over.