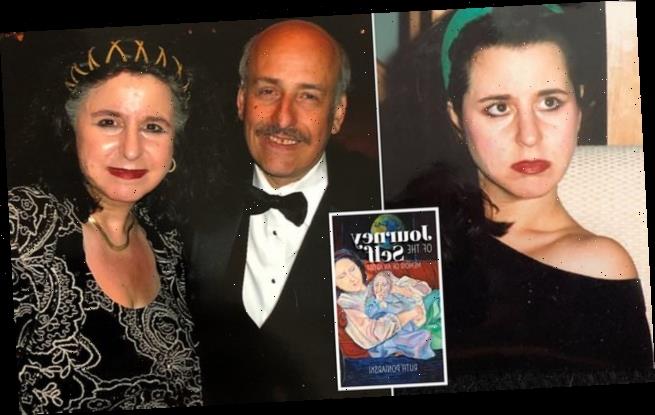 Artist warns of the dangers of the drug PCP, saying taking it as a student triggered terrifying breakdowns – including one manic episode where she plunged 30ft from a window

An artist has revealed how eating a brownie laced with PCP at university led her to a series of serious nervous breakdowns.

Ruth Poniarski, 64, from New York, was driven to the brink of verge of insanity after taking the drug at a party in 1977 unknowingly, and she tried repeatedly to throw herself out of a window, stopped only by a classmate.

After her psychiatrist failed to diagnose or take her symptoms seriously, she went on to have several manic episodes in a span of ten years which led to a life-altering 30ft fall from her apartment window.

Speaking to FEMAIL Ruth, who is now happily married with two children, revealed she had sued her psychiatrist and settled out of court after he mismanaged her case. 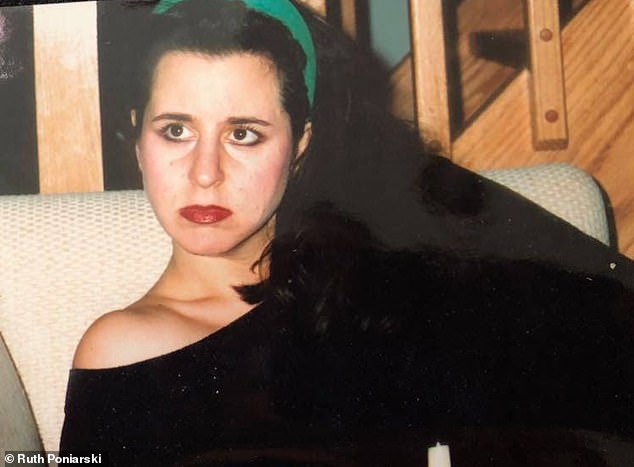 Ruth Poniarski, 64, from New York, revealed how her mental health was mismanaged by psychiatrists for years after she suffered several breakdowns having taken PCP at a university party (pictured in 1993)

Ruth went through a first nervous breakdown as an architecture student in 1977, after eating a brownie that had been laced with PCP, which is also known as angel dust.

Taking her car to drive back to her house, Ruth parked on the side of the highway and walked for hours without shoes, suffering a psychotic break, convinced she was caught in the middle of a revolution.

She was eventually driven home by a stranger, and found herself facing her father and worried acquaintances.

After this initial breakdown, Ruth struggled to balance her life with her issues, haunted by feelings of inadequacy triggered by her scarce support system. 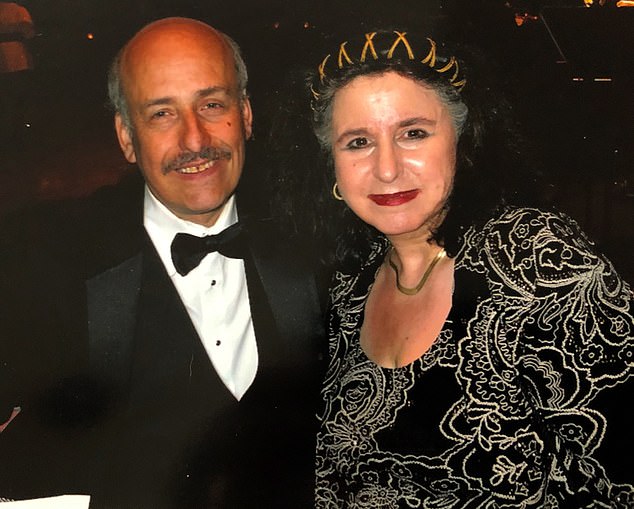 While her parents were loving, she believes they did not know how to deal with her illness and lived in fear she would injure herself. 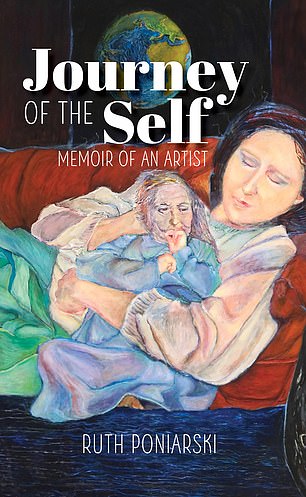 Journey of the Self: Memoir of an Artist, by Ruth Poniarski, is published by Warren Publishing this month

She wrote: ‘No one knew of my breakdowns, and I led a lonely life, concealing the truth from the few friends I had.’

‘I was afraid if my peers learned of my illness, they would shun me and call me “the crazy woman”.’

Ruth also struggled with intense insomnia, spending up to seven days without sleep during her manic episodes.

In her early 20s, she suffered nervous breakdowns every six months or so, struggling between regaining a sense of purpose and normalcy and trips to hospital’s psych wards.

She was regularly seen by a psychiatrist Dr. Samuel, however, she claimed the professional would not take her symptoms seriously, and was not equipped to deal with serious mental woes.

She said: ‘The doctor didn’t realize the pattern of psychosis developing when a stressful situation evolved. 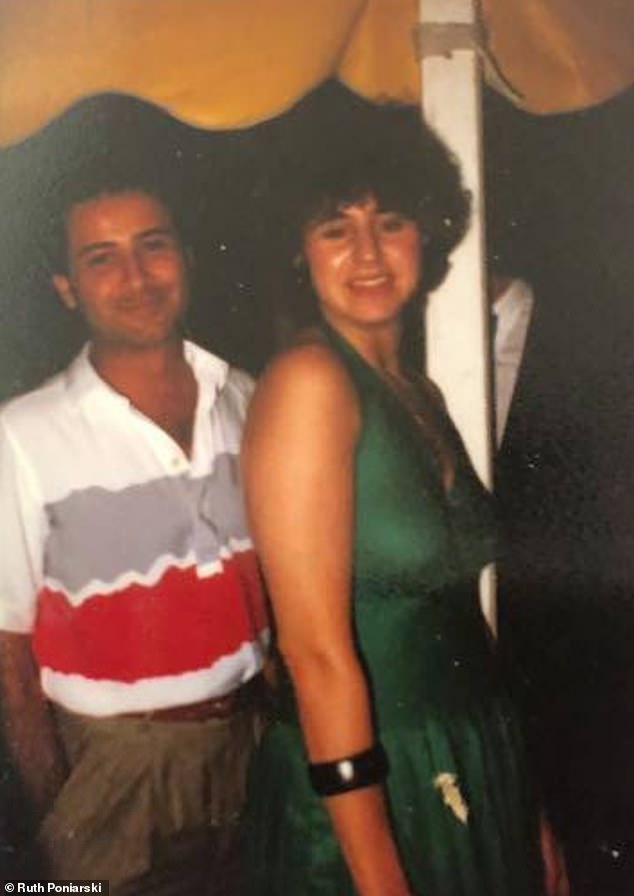 ‘My illness was difficult to understand and not defined in the same way as diabetes or a heart condition.’

PCP is an anaesthetic that can stop people feeling pain, but also cause hallucinations.

It can be an oil, liquid, powder, crystal or pill. The colour depends on what form the PCP is in and how pure it is.

PCP oil is yellow, pure PCP powder and crystals can range from white to light brown.

It can be sniffed, swallowed or injected.

PCP can also be smoked if it is sprayed onto something that you can smoke, like tobacco, or because a cigarette has been dipped into liquid PCP (this method is sometimes referred to as ’embalming fluid’).

No method makes using PCP safe, but injecting, and sharing the equipment used for injecting, is particularly risky. You might overdose or catch a virus such as HIV or hepatitis C. There is also the risk that veins may be damaged and that an abscess or blood clot may develop.

The drug is an anaesthetic and painkiller, which means that it can produce dreamlike and ‘floaty’ or numb feelings.

PCP can change your mood and the way you feel in ways you don’t expect.

‘I needed to know that I should avoid chaos and too many events happening at once.’

Ruth revealed that her illness culminated in 1986, when she fell from 30ft from her apartment’s window during a manic episode, and broke her ankles and back, which left her with a limp.

She talked about waking up in the hospital’s Intensive Care Unit, still in the middle of a manic episode, writing: ‘I was still delusional and full of fear and anxiety. The doctors and nurses were going to kill me. I would be murdered in my bed.

‘Or if not, I would wake up to a desolate world where every single human had left in spaceships, and I was left to perish.’

However, following the fall, she met a professional called George, who took the time to talk, not only to her, but to her parents, to identify what triggered her episodes.

‘He was very thorough, he went over my whole background, he included my parents, my brothers he organised a support system which is so essential,’ Ruth said.

She revealed: ‘By this point, Dad and I were considering a lawsuit against Dr. Samuel.

‘For the seven years I had been Dr. Samuel’s patient, my meltdowns became more and more life-threatening.

‘It was blatantly obvious he was unable to treat me and should have assigned a doctor who was more capable of treating high-risk patients,’ she said.

This led her to a ten-year long legal battle with Samuel, which was settled out of court.

She commented: ‘I sued him for a lot of money, and I had to settle before it went to court, but that took nine years after 1987.

‘To this day I don’t think he’s a thorough doctor,  he’s not thorough with the patients, and I think he can handle very light cases, or some mental illness, but not critical, risky cases,’ she said. 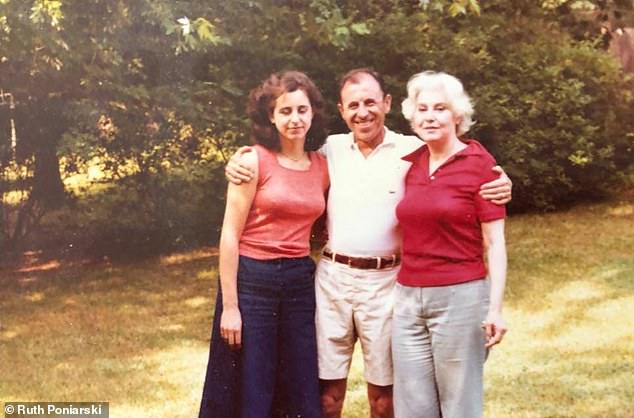 Ruth, pictured with her parents in the 1970s, and her father (pictured) ended up suing Dr. Samuel over her treatment

Now happily married, Ruth is a mother-of-two and a successful painter.

She found the right drug and right dosage to treat her illness in 2010, 33 years after her initial breakdown, and more than 20 years after her correct diagnosis, due to the progress in mental health research and drugs.

Journey of the Self: Memoir of an Artist is published by Warren Publishing. 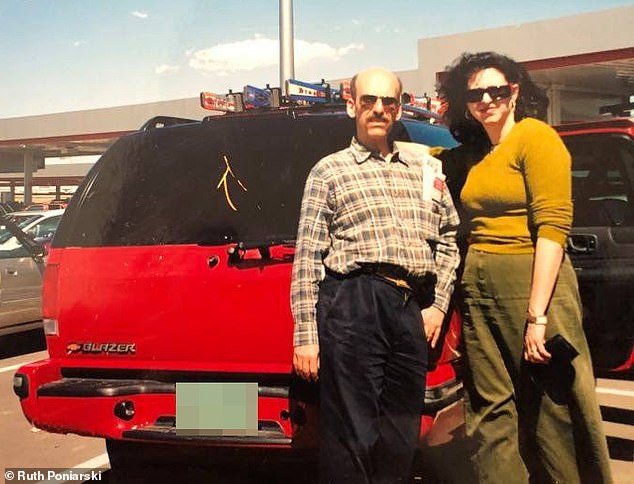 More than 20 years after her diagnosis, she went on to find the right drug and dosage, and has only had a handful of breakdowns between 1987 and 2010