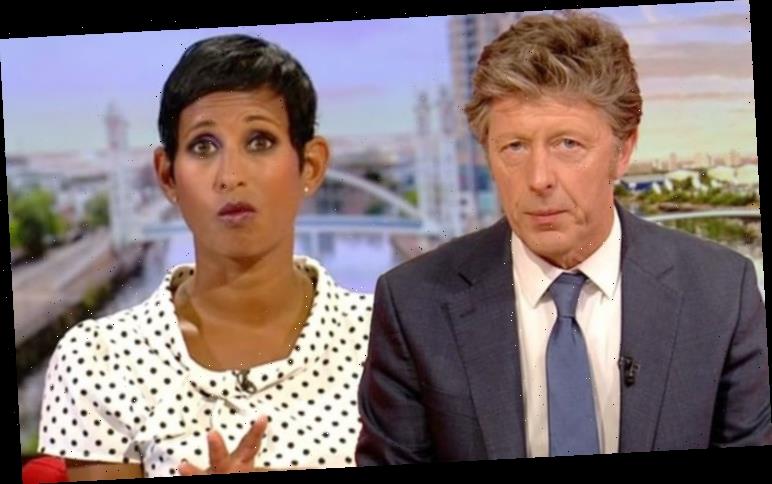 Naga Munchetty and Charlie Stayt were back at the helm to present Saturday morning’s edition of BBC Breakfast. One of this morning’s major news items was the revelation senior advisor to the Prime Minister, Dominic Cummings, had travelled to his parent’s house in County Durham – 264 miles away – despite himself and his wife having coronavirus symptoms. However, whilst announcing this in one bulletin early on, Naga narrowly avoided saying something very rude on-air.

Last night, the news emerged that the senior advisor to the government appeared to flout lockdown rules to visit his family in County Durham.

He reportedly made the trip after him and his wife needed help with childcare for their four-year-old son after falling unwell.

This morning, Naga and Charlie discussed the incident in detail with various guests such as Ian Blackford MP, the SNP’s Westminster leader.

However, whilst the matter came up as part of one bulletin early on, Naga nearly made a major slip-up. 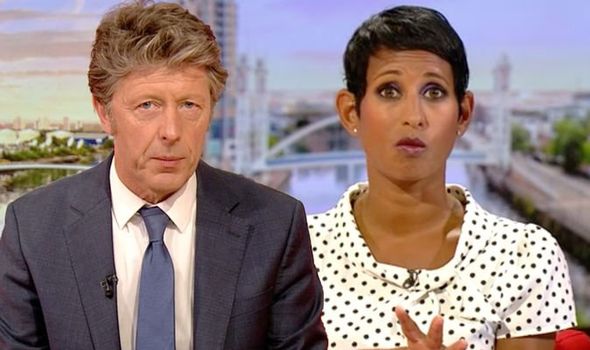 He colleague Charlie added: “Good morning, this is a summary of today’s main stories from BBC news.

“Dominic Cummings, the most senior adviser to the Prime Minister, is facing calls to resign after being accused of breaking lockdown rules.

His co-host continued, adding: “Mr Cummings is under-fire after travelling hundreds of miles from his home in London to C***y… County Durham to self-isolate at his parents home, in, when he had coronavirus symptoms. 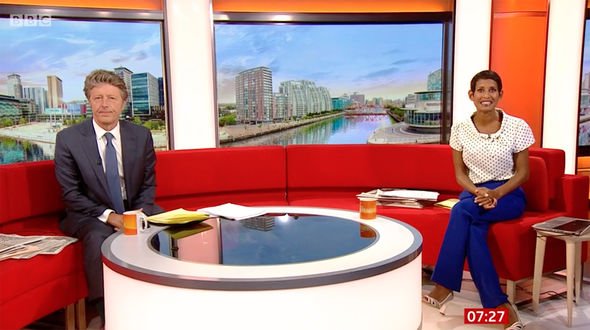 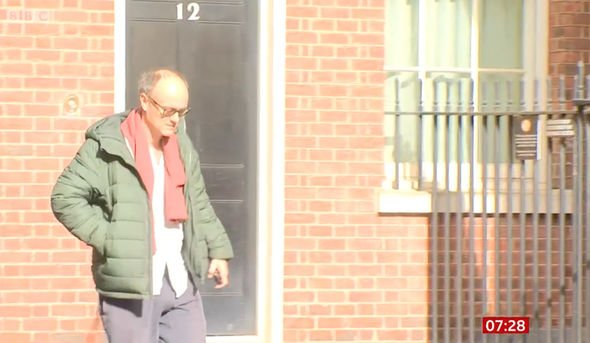 “Durham police confirmed they spoke to his family about self-isolation guidelines and reiterated advice around essential travel.

Charlie added: “A source close to Mr Cummings denies he broke any rules claiming the family stayed in a separate building.”

Something else caught the attention of viewers this morning over something Naga had read whilst reading the update.

The host stuttered over the word county, which left those watching making a double-take.

Many viewers at home picked up on the moment on social media as she managed to swerve a rude error.

“To be fair to Naga, I can’t talk about Dominic Cummings without repeatedly yelling that word either #BBCBreakfast,” wrote another.

A third said: “Bit of a Freudian Slip from Naga Munchetty on the BBC news this morning #CummingsCovidiot #CummingsAndGoingsDuringLockdown #BBCBreakfast #oops.”

Another joked: “Not a place I’ve heard of before! #BBCBreakfast #nagamunchetty.”

“Oh Naga!! Has brightened up my Saturday morning though! #BBCBreakfast #thecword,” wrote a fifth.

Another commented: “And this, Mother, is why #BBCBreakfast is far superior to Good Morning Britain. If only you actually had a Twitter account so you could read this…”

BBC Breakfast airs daily from 6am on BBC One.