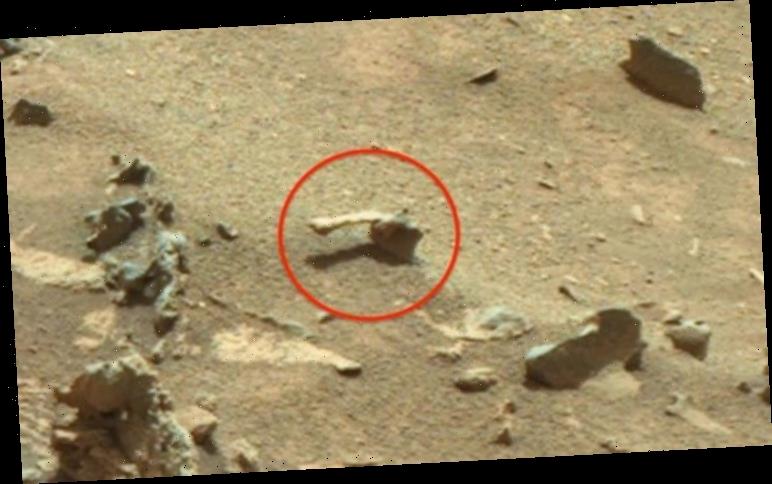 One UFO hunter believes he has finally found the proof which confirms the existence of life on Mars. Alien enthusiast Scott C Waring has claimed to discover two separate creatures crawling along the surface of the Red Planet.

One of the supposed creatures is a crab-like and the other is more like a snail.

Mr Waring says not only is this evidence of life on the Red Planet but that NASA is purposefully trying to hide the evidence.

The conspiracy theorist wrote on his blog ET Database: “Today I found two unique animals on Mars, both seem to be creatures that live in a shell and travel with it.

“The animals are similar to a snail but think fist size.

“They may be more crab-like in their body, meaning an exoskeleton – like many land crabs or hermit crabs. 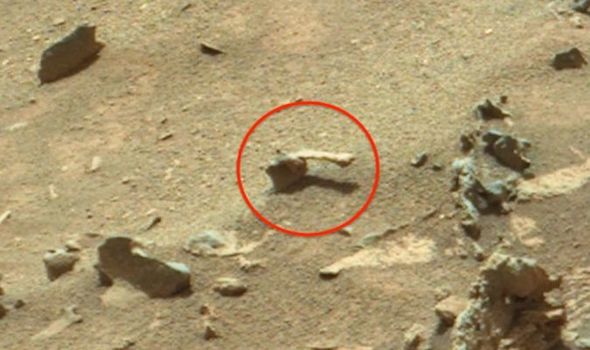 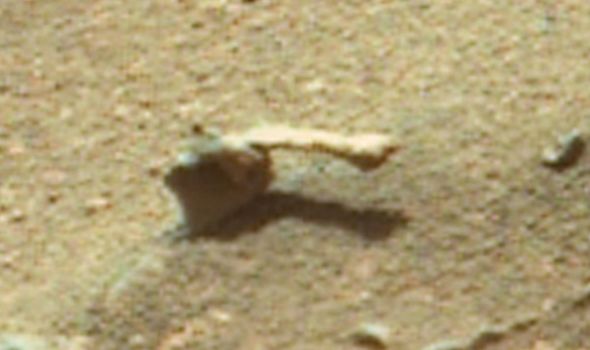 “I and other UFO researchers have discovered time and time again that life exists on Mars, yet every time I confront NASA about anything, they rudely ignore every message I send on Twitter.

“I wish I had control of just one of the Mars rovers for a few months.

“In that time I could find, record and reveal the truth about Mars. Something NASA is not about to allow.”

However, sceptics and NASA would say the ‘creatures’ and other similar findings are just the effects of pareidolia – a psychological phenomenon when the brain tricks the eyes into seeing familiar objects or shapes in patterns or textures such as a rock surface.

Another recent finding which supposedly supports the argument of life on Mars was a large black rock which looked like a fossil. 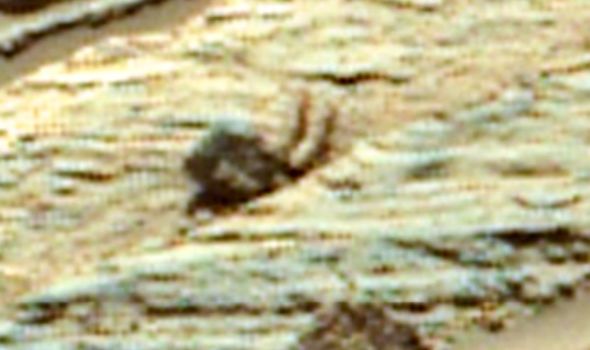 Mr Waring wrote on his blog: “While looking at the front page of the Mars Science Laboratory website, I noticed that they placed a photo with a huge black fossil right on the freaking front page!

“How could anyone who has any experience at ancient fossils and artefacts have even possibly have missed that?

“NASA really doesn’t care about finding life, or proving that life once existed on other planets.

“They only want to drip feed the public boring science facts to satisfy the public’s curiosity. It is called the trickle-down theory and NASA perfected it.

“There is no doubt in my mind that this is an ancient fossil.”