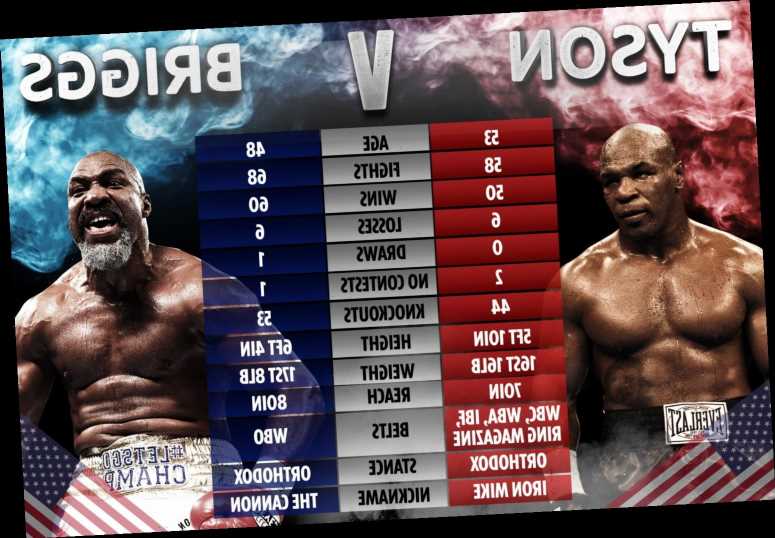 MIKE TYSON appears to have his comeback opponent finalised – as Shannon Briggs announced the duo have agreed terms to a shock fight.

Tyson stunned fans after revealing he wanted to make a comeback aged 53, and 15 years since he retired, to compete in charity exhibition fights. 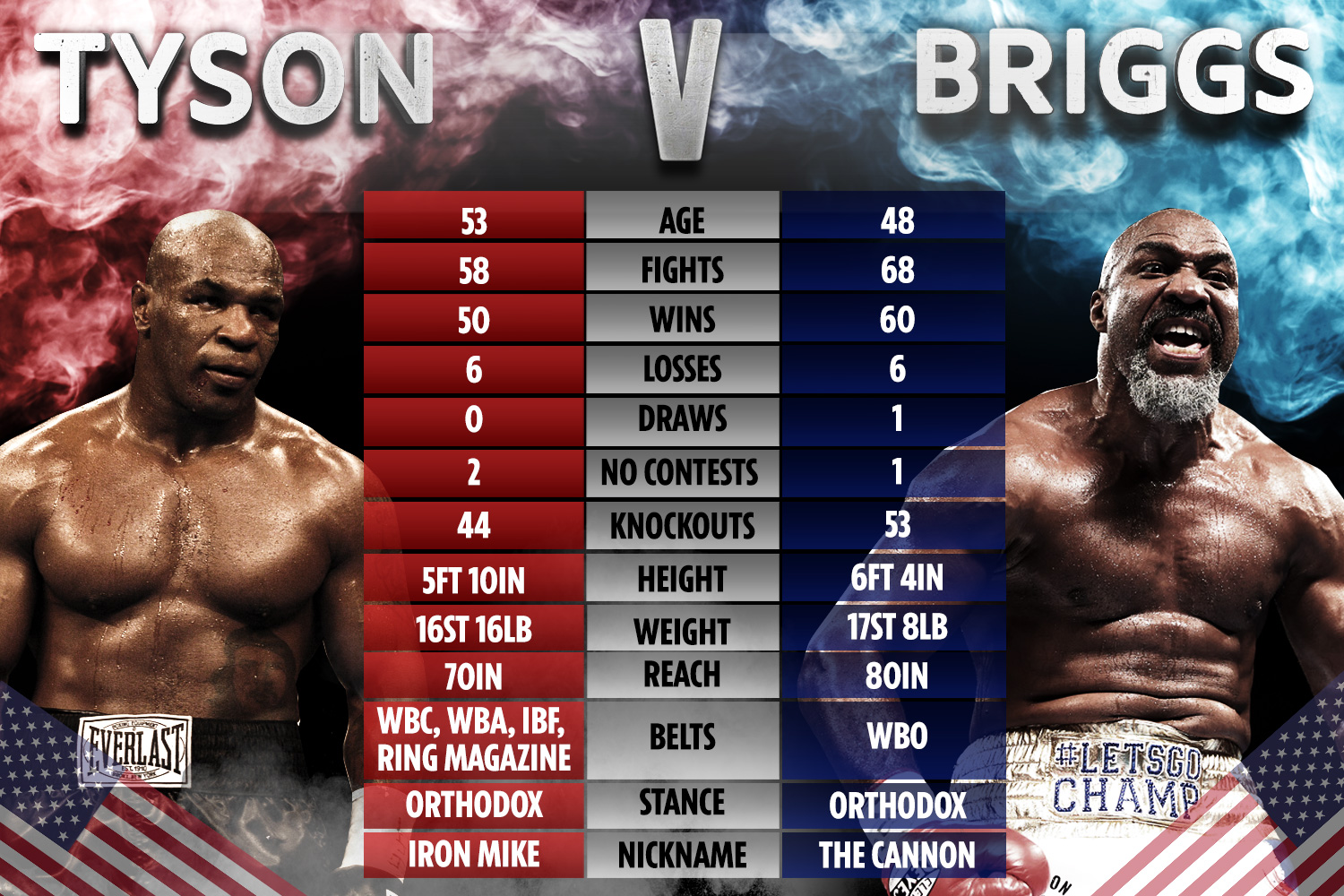 A host of proposals were thrown Iron Mike's way, including a trilogy with 57-year-old Evander Holyfield, who also plans to make a return, but it appears king of 'Let's go Champ' Briggs will be the man to welcome him back to the ring.

Tyson is by far the more acclaimed and celebrated heavyweight, but fellow former champion Briggs, 48, is the more active fighter.

Here SunSport details how the two heavy-hitters compare as they prepare to fight well past their primes – with a combined age of 101.

Tyson retired in 2005, following back to back losses, against Danny Williams and then Kevin McBride.

The youngest heavyweight champ of all time was a shadow of himself, so much so in both defeats he sat on the seat of his pants and waited to be counted out.

In his years in retirement, Tyson overcame a battle with substance abuse and depression to become a successful cannabis farm owner as well well as hosting his own popular podcast.

But the reformed Baddest Man on The Planet found the inspiration to start training again, and quickly announced a comeback – insisting he is back to his most destructive self.

He said: "I feel unstoppable now. I feel the same again. The gods of war ignited my ego and want me to go to war again." 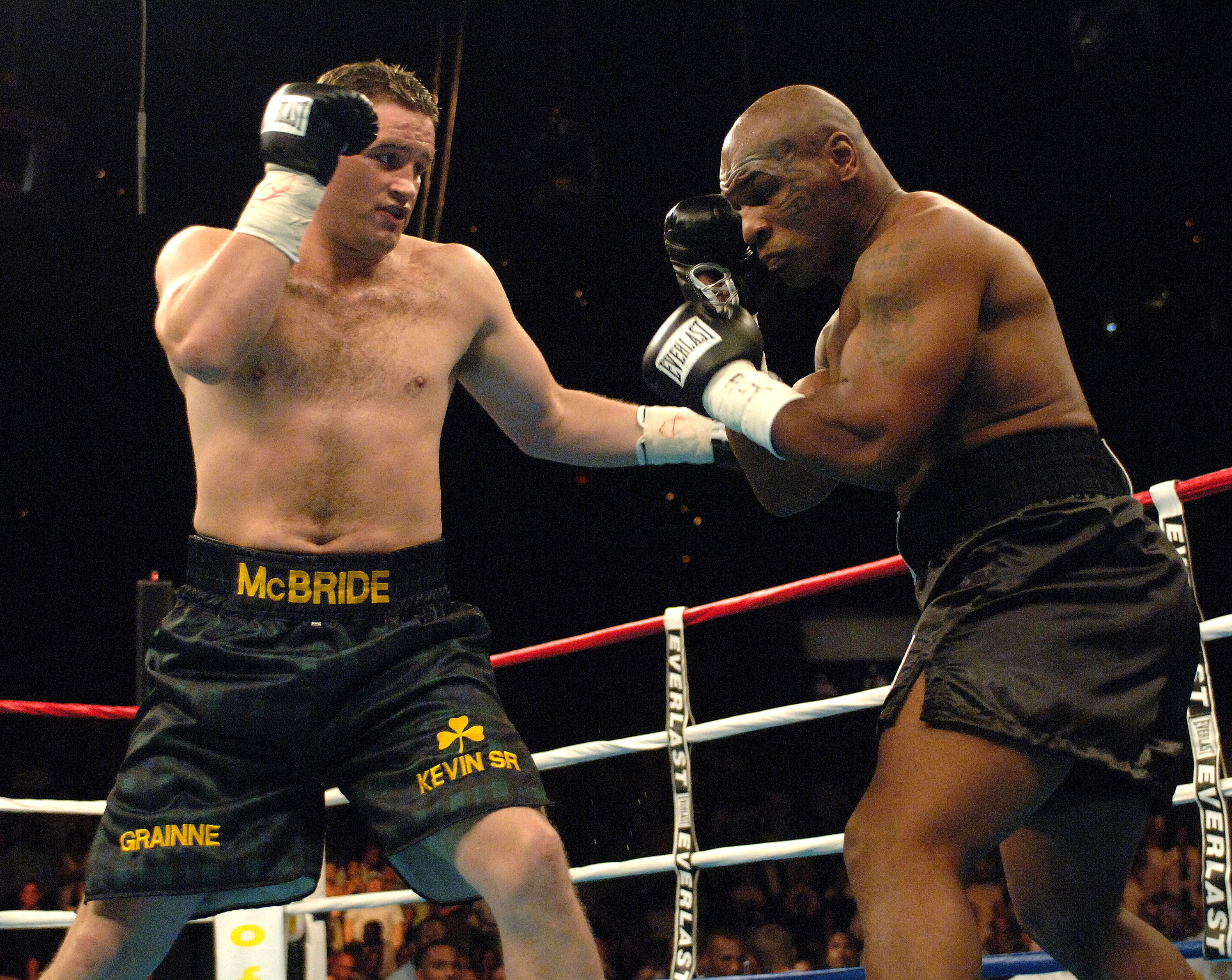 Tyson has spent the last month training under MMA coach Rafael Cordeiro, dramatically transforming his body, and revealed he would need just five more weeks until he could fight again.

It's clear the legendary puncher stills posses the destructive speed and power that won him the belt aged 20, with recent videos on the pads proving so.

But being fit to train and fit to fight are two completely different things – as explained by the man himself after his final loss.

Tyson said after being stopped against McBride: "I realised, I don't think I have it anymore. I got the ability to stay in shape, but I don't have the ability to fight anymore."

Despite the harsh reality, Tyson is adamant he is in the shape of his life, and ready to turn back the clock.

He explained: "Six weeks of this and I’d be in the best shape I’ve ever dreamed of being in. As a matter of fact, I’m going through that process right now." 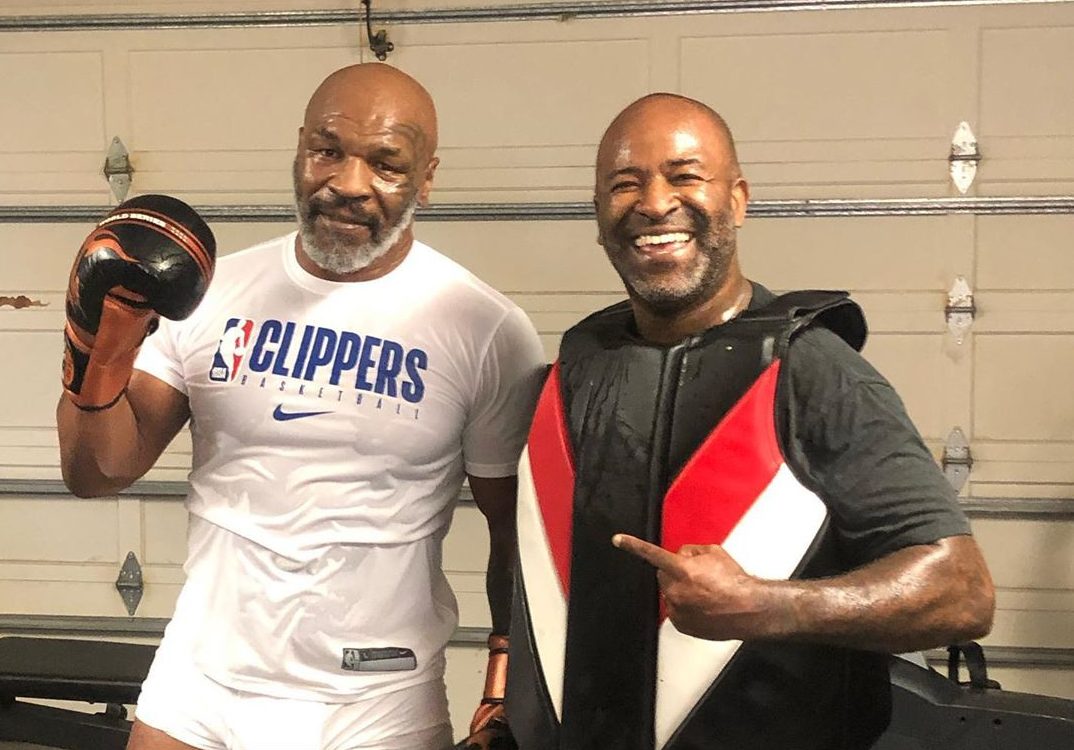 Briggs last fought in 2016, beating Emilio Zarate in London, before he targeted a grudge match against David Haye, which failed to materialise.

But after failing a drug test before challenging for the WBA ‘Regular’ title against Fres Oquendo in 2017, the 48-year-old has been out of the ring since.

'The Cannon' soon turned his hand to training, cornering YouTuber Logan Paul for his rematch defeat to KSI last November.

Afterwards Briggs then announced he would make a comeback, and penned a deal with Bare Knuckle Fighting Championship – who failed with a £16m bid to also sign Tyson.

Briggs has been training for his own return since the beginning of March, as he planned to box before making his BKBFC debut. 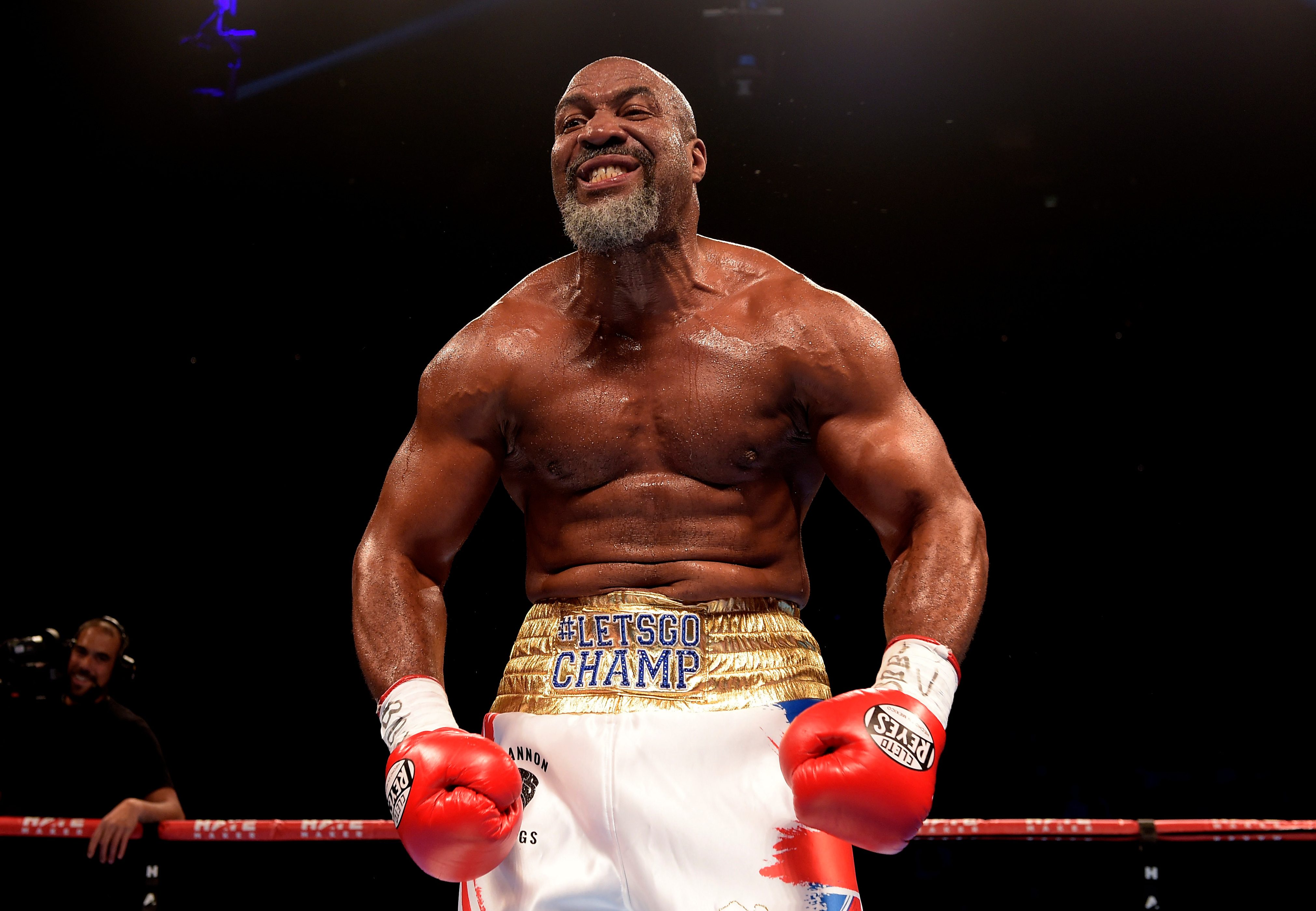 He has an 88 per cent KO ratio, with 37 in the first round, and Lennox Lewis – who beat Tyson in 2002 – revealed Briggs is the fastest and hardest hitting opponent he ever faced.

The loudmouth American was the one to confirm the fight, as he said on Instagram: “I just talked to Mike Tyson, it’s going down, me and Mike, we’re going to make it happen.

Briggs has confirmed the fight will be an exhibition, which is favourable for Tyson.

Having not fought as a professional for 15 years, jumping back in the ring over potentially three or four rounds makes it a lot easier for Iron Mike.

A fresher and more active Briggs would have a massive advantage over a longer distance, having been conditioned to do so just four years ago.

Tyson's ring rust will also be a major factor in the fight as he could struggle with timing and range having been out for so long and risks being there to hit.

But if the 53-year-old can get in a rhythm from the first bell in the exhibition, his speed and punch power could be the difference, something The Cannon is already preparing for.

Briggs said: “We all know it's an exhibition and then we will see what's left in the tank. It's for charity, it will be fun, but this is Mike Tyson we are talking about.

"We have to be fully prepared.” 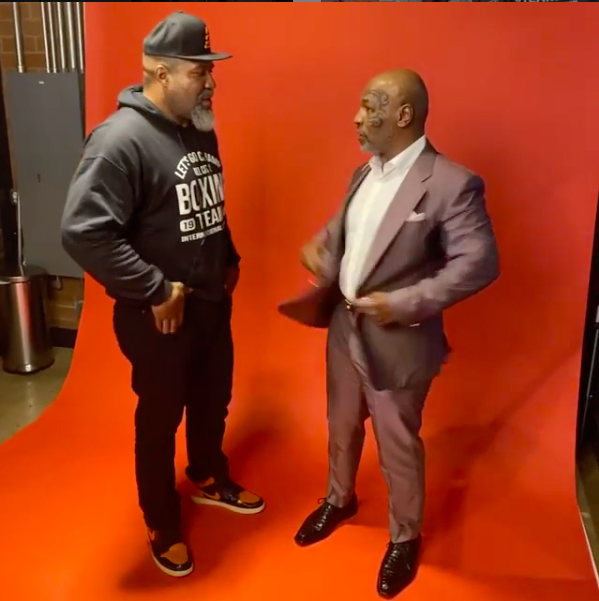