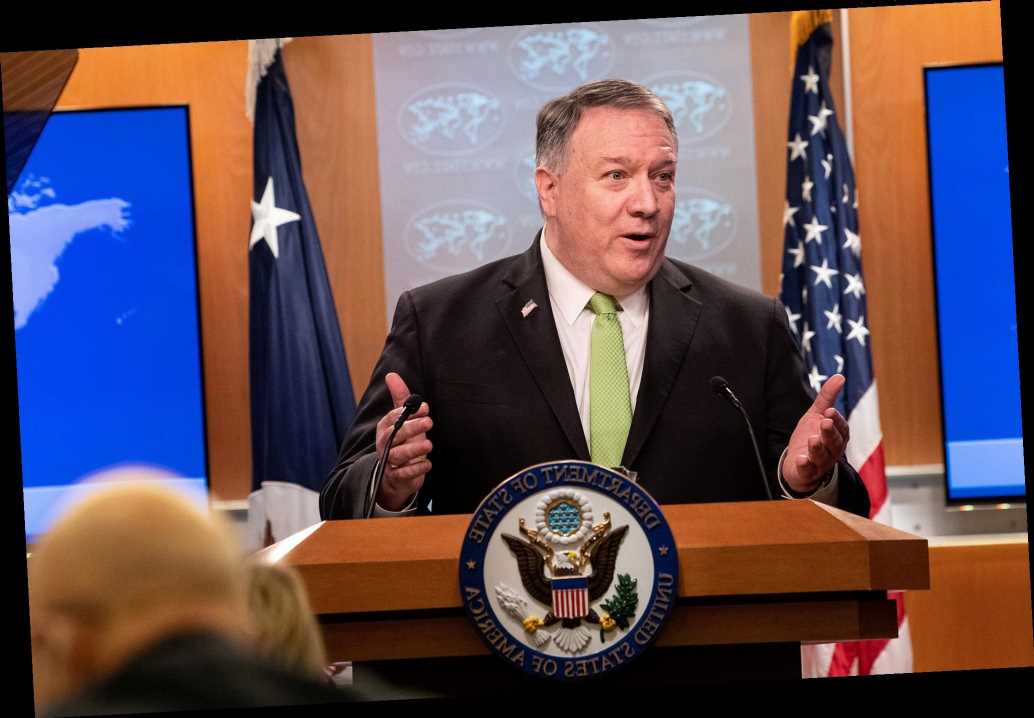 Secretary of State Mike Pompeo on Friday ripped China for its proposed power grab in Hong Kong — as the mainland Communist Party sought to establish its own intelligence bases in the city.

The bases are part of China’s national security legislation for Hong Kong presented to the National People’s Congress in Beijing, which would also ban secessionist protests and what it calls subversive activity and foreign interference in the city in the wake of last year’s massive pro-democracy protests in the territory.

Communist Party rulers in Beijing unveiled new details about their law on Friday, a day after proposing the legislation that critics see as a turning point for China’s most free-wheeling city, a bustling financial center and former British colony.

Pro-democracy activists and politicians have for years opposed such legislation, arguing it could erode its autonomy, guaranteed under the “one country, two systems” agreement under which Britain returned Hong Kong to China in 1997.

“Beijing is attempting to silence Hong Kongers’ critical voices with force and fear,” activist Joshua Wong, one of the leaders of pro-democracy street protests in 2014, tweeted.

Some pro-democracy lawmakers denounced the plans as “the end of Hong Kong,” and activists called for people to rise up against the proposal.

Foreign diplomats fear establishing new Beijing agencies in Hong Kong could give mainland security and intelligence officers enforcement powers that could potentially put rights and freedoms, protected in the handover agreement, at risk.

Calls have emerged for flash mobs at night across the territory and democracy activists plan to meet the press to announce “street action.”

“This is a great moment to reboot the protest,” said university student Kay, 24, who took part in last year’s often violent anti-government and anti-Beijing protests that entered a lull this year due to the coronavirus.

Hong Kong leader Carrie Lam said her government will “fully cooperate” with the Chinese parliament to safeguard national security, which she said would not affect rights, freedoms or judicial independence.

The move also comes as the US and China engage in a war of words over the coronavirus pandemic, Taiwan, trade and China’s military buildup in the South China Sea.

And experts see the move as an effort by President Xi Jinping to send a message to President Trump that he is not beholden to the administration’s dictates.

“Xi feels threatened, the leadership feels threatened — this is a crisis,” David Zweig, an emeritus professor at the Hong Kong University of Science and Technology and director of Transnational China Consulting, told Bloomberg.

“This is, ‘We’re not going to give an inch, we’re going to tighten up, and Hong Kong’s national security as a potential subversive center is greater than its economic value.’”

Relations between the world’s two largest economies have soured despite completion of a phase one trade deal after the coronavirus outbreak that began in the teeming city of Wuhan became a worldwide pandemic, which has killed more than 333,000 worldwide, including more than 95,000 in the US.

China has been accused by Trump and others of withholding information on the early stages of the coronavirus outbreak in Wuhan and how it handled the outbreak. Xi has denied the charges and said the country shared the virus genome sequence — key for finding treatments and a vaccine — with the world on Jan. 12, about two weeks after scientists first detected a cluster of a new, pneuomonia-like virus in Wuhan.

But China does not want to abandon the trade agreement with the US following a trade war that damaged both countries economies.

“The Chinese leadership does not want to be accused of walking away or reneging on the U.S.-China trade agreement,” James Green, a former State Department official who is now a senior adviser for geopolitical consulting firm McLarty Associates, told Bloomberg.

“If it fails, in their view, the US will have to be the one to pull the trigger and walk away.”

Trump said Thursday the US would react “very strongly” if China pushed the national security legislation in Hong Kong, without offering specifics.

“It is starting to look like a U.S.-China summer of discontent in the making,” said Stephen Innes, chief global market strategist at AxiCorp.

The NPC — a rubber stamp for the Communist leadership — is expected to vote on the resolution at the end of the annual session, likely to be on May 28.