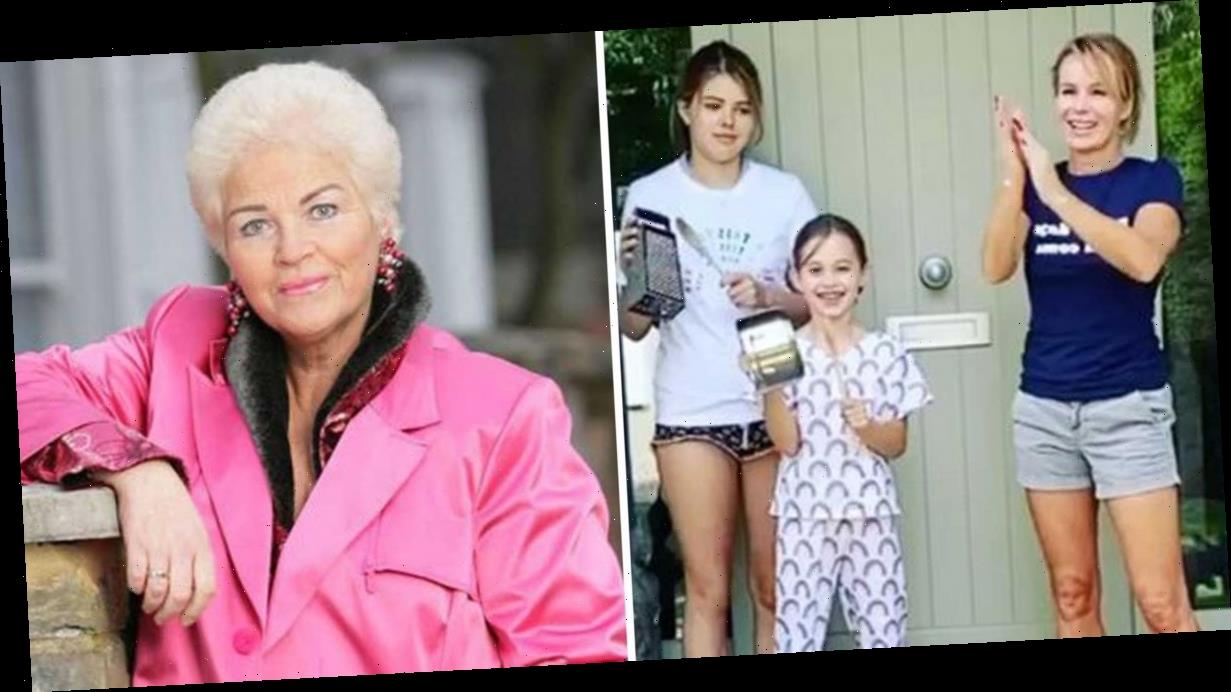 Amanda Holden joined in on the weekly clap for carers on Thursday night with her family, dressing appropriately for the warm UK weather in a pair of denim shorts.

While many of Amanda’s fans gushed over her incredible figure and toned pins, others hilariously claimed that they could see an image of iconic EastEnders character Pat Butcher in her knee.

The Britain's Got Talent judge shared a video of herself joining in the clap on her front doorstep last night along with her daughters, Lexi, 14, and Hollie, eight.

TV presenter Gethin Jones was the first to claim that he could see faces in Amanda’s knees, writing: "I feel like your left knee cap is a face that's smiling too."

Other followers soon agreed as one person wrote: “Your right knee looks like a person.”

Another said: “I have faces on my knees to! It’s quite normal”, [sic] while a third commented: “All I can see are faces for your knees.”

Meanwhile, others thought that they could spot US President, Donald Trump.

Some followers wrote: “Why have one Donald Trump when you can have two" and: “Your knees look a bit like Boris & Trump!”

Amanda, 49, looked amazing as she showed her appreciation for NHS workers working tirelessly on the frontline as she wore shorts and a navy T-shirt for the clap, while her daughters were dressed in rainbow print ensembles.