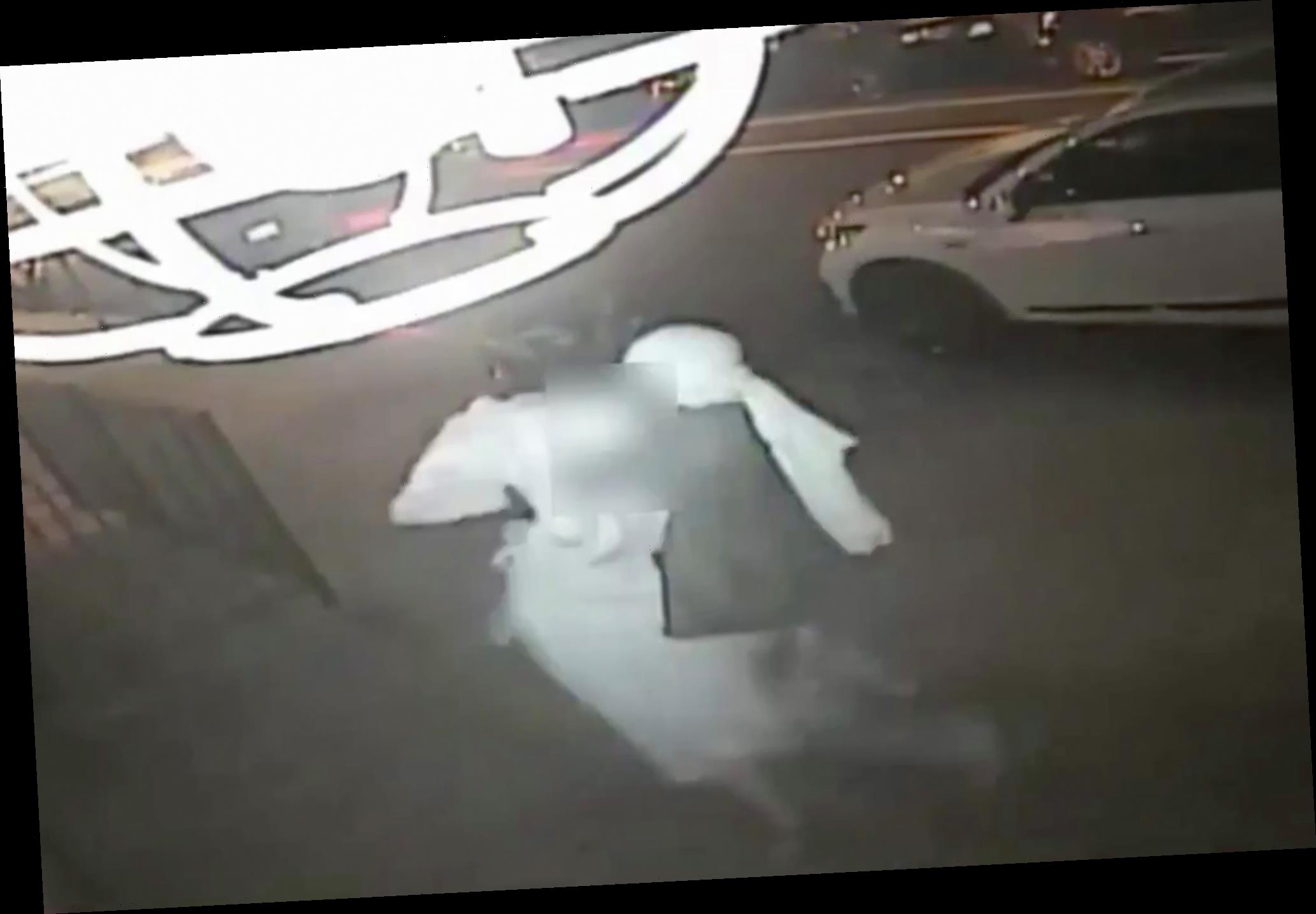 The NYPD released violent video Thursday that shows the moment a 64-year-old woman was attacked from behind and placed in a choke-hold by a lunatic who then took her to the ground before sexually assaulting her, police and police sources said.

The woman was left in a vegetative state after the vicious attacker grabbed her as she was walking on E. 111th Street near 2nd Avenue just before 11:30 p.m. Monday.

The video shows the perv come up behind her, put her in a choke-hold and drag her to ground.

Police sources told The Post a witness called 911 after spotting the woman lying in the street.

When cops arrived, she was lying face down and partially naked, police said. She was taken to Metropolitan hospital, where she was in critical condition after the attack.

The woman was sexually assaulted and had abrasions in between her legs, police sources said. The woman’s updated condition wasn’t immediately known Thursday.

Another security video captured the unknown man with his penis exposed before he rides off on a Citi Bike, according to cops.

The NYPD is seeking the man’s identity.