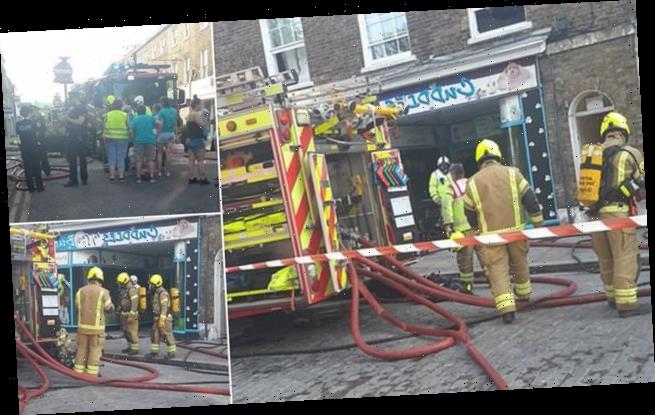 Dozens of animals die as blaze tears through a pet shop in Kent with firefighters battling for four hours to save tortoises, guinea pigs and rabbits

Dozens of animals died this evening when a blaze tore through a pet shop in Kent, filling the high street with thick smoke.

Six fire engines rushed to Cuddles n Bubbles in Sheerness at around 5pm after pedestrians saw smoke through the windows.

Firemen were at the scene until just after 9pm and had doused the building with hose reel jets and put up smoke curtains to stop the fire spreading.

Kent Wildlife Rescue Service were able to recover some of the animals who were still breathing and provide them with oxygen. But almost all of the small birds, like the finches, were lost in the fire. 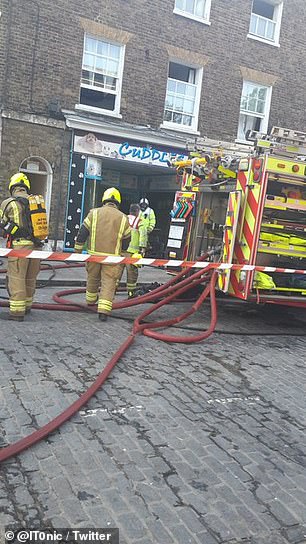 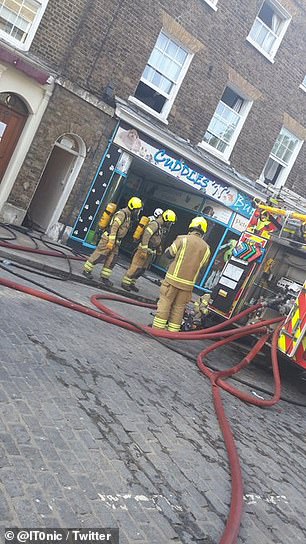 Six fire engines rushed to Cuddles n Bubbles in Sheerness at around 5pm after pedestrians saw smoke through the windows.

Lorraine St John, from the Kent Wildlife Rescue Service, told Kent Online: ‘It’s all being controlled by the fire service at the moment. We’ve managed to get out some animals that were alive.

‘We think we’ve lost all the small birds, like the finches.’

It is unclear which other animals may have perished at the shop which also keeps tortoises, guinea pigs, rabbits, budgies, rats and a blue-tongued skink.

One witness told the MailOnline that an African grey parrot perished, along with rabbits and rodents.

Many of those gathered outside were in tears, the local man said, some of them were staff members at the shop.

Ms St John said that of the animals which were able to be rescued, many had ‘perked up’ after receiving oxygen.

The surviving animals are being cared for by Kent Wildlife Rescue Service.

‘It’s incredibly sad,’ Ms St John told Kent Online. ‘But we’ve seen worse than this. A fire is a sad case but it’s not a case of neglect or anything like that.

Firefighters said the cause of the blaze was not yet known.