PIERS Morgan has revealed he, Susanna Reid and Dr Hilary Jones are all on holiday from Good Morning Britain next week.

The journalist, 55, said reporting daily on the coronavirus pandemic had been a 'long old haul' as he announced the week-long break.

When Susanna asked him if he was going anywhere nice for what should be half-term week, he joked: "I'm going upstairs. To my top room."

She also teased it would give him time to investigate who 'whacked' his car light, after he accused her of smashing into his car on yesterday's show.

The break might please PM Boris Johnson after Piers warned he'll 'attack ministers' by analysing their interviews on rival channels after they boycotted his show.

Yesterday the defiant host said that GMB will be “sub-interviewing” ministers because the government is refusing to let them appear on the show. 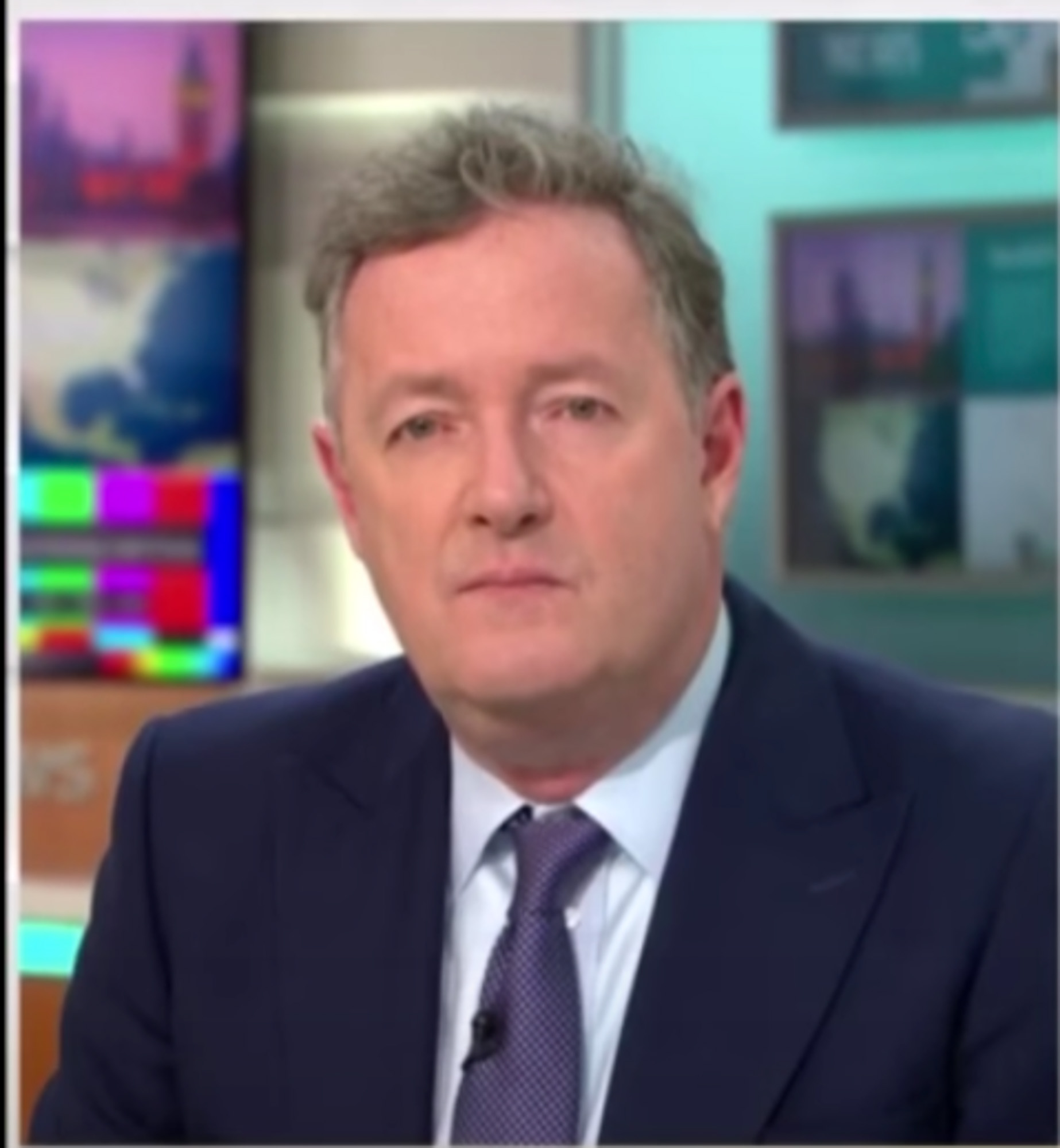 Piers wrote on Twitter: “Hi @BorisJohnson @10Downing Street – given your outrageous ongoing boycott of @GMB, we will now be sub-interviewing all cabinet minister appearances on other breakfast shows & holding them/you to account that way.”

On yesterday's show, Piers played out an interview that pensions secretary Therese Coffey gave to the BBC about Covid-19 testing.

Holding his phone to a microphone on his suit, viewers heard the Cabinet minister say: “I recognise that there have only been a handful of days where more than 100,000 people have gone for that test.”

Flanked by Susanna Reid, a seething Piers responded: “Therese Coffey, if you were on our programme, if you had the guts to come on, I would have said to you there have been no dates – zero, nada, nil.

“What you just said was a lie.” 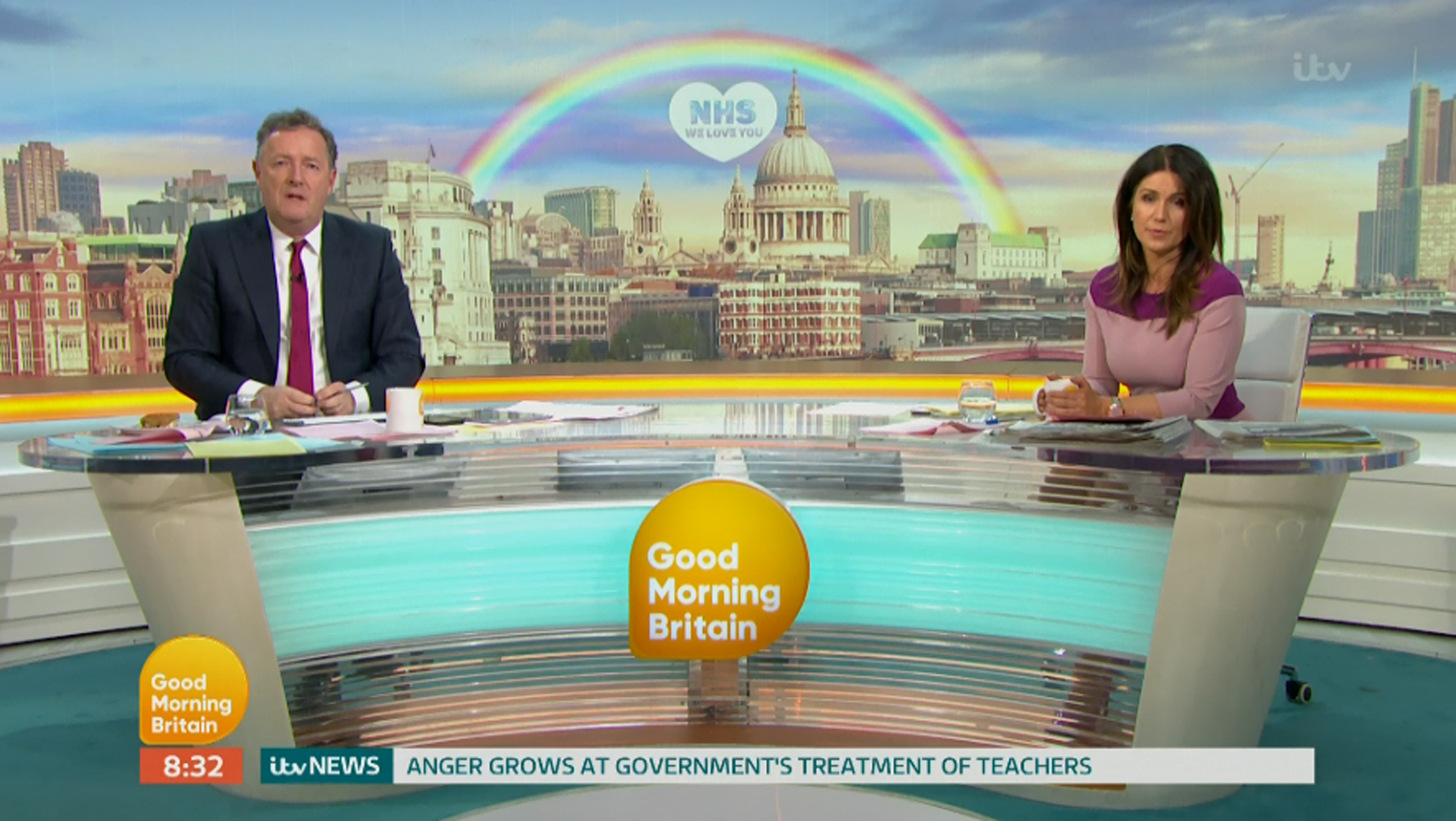 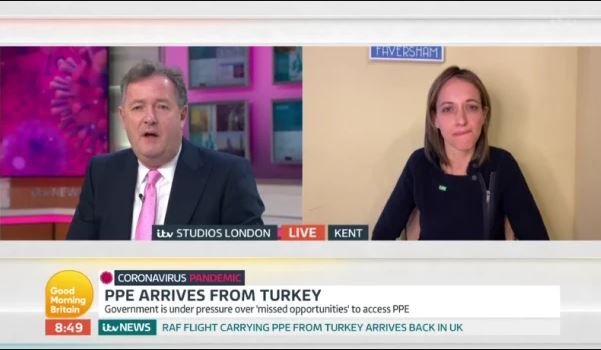 He added: “You just told BBC viewers that there had been a handful of days when over 100,000 have been tested.

“No, there have been a handful of days when you have apparently conducted over 100,000 tests.”

Earlier in the show, Piers interrupted Dr Hilary Jones to blast the Pensions Secretary after he read her comments to the BBC on his tablet.

He said: “She’s just said we can look back on our testing, how we increased capacity, with pride. With pride.

The agitated host continued: “It’s a matter of pride for the government that our testing was such a spectacular failure.”