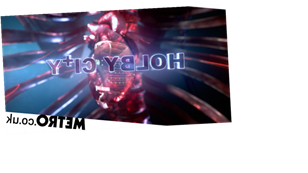 It’s been quite some time since Holby City was on the telly but, fear not, as it’s been confirmed that the medical drama will return to screens next month.

After an extended break, Holby will return on June 2 — with schedules released today confirming as such.

The medical drama was forced to take a break back in April amid the coronavirus pandemic.

Holby was one of several BBC serial dramas that were forced to shut down production amid the pandemic.

A statement said: ‘In light of the spread of Covid-19, after much consideration, it has been decided that filming on all BBC Studios continuing dramas will be postponed until further notice.’

‘The decision was made after the latest government update. We will continue to follow the latest news and advice from the World Health Organisation and public health organisations.’

The final instalment of Holby which aired prior to the break was a particularly memorable one!

Xavier ‘Zav’ Duval (Marcus Griffiths) was hellbent on bringing down Cameron Dunn (Nic Jackman), and — having finally secured the evidence he needed to prove his foe murdered Evan Crowhurst (Jack Ryder) — he headed to the police station, but was ultimately killed in a tragic accident.

The soap’s return will no doubt deal with the aftermath of such an event, but will Cameron be caught?

We’ll have to wait and see!

Holby City returns Tuesday June 2 at 8pm on BBC One.