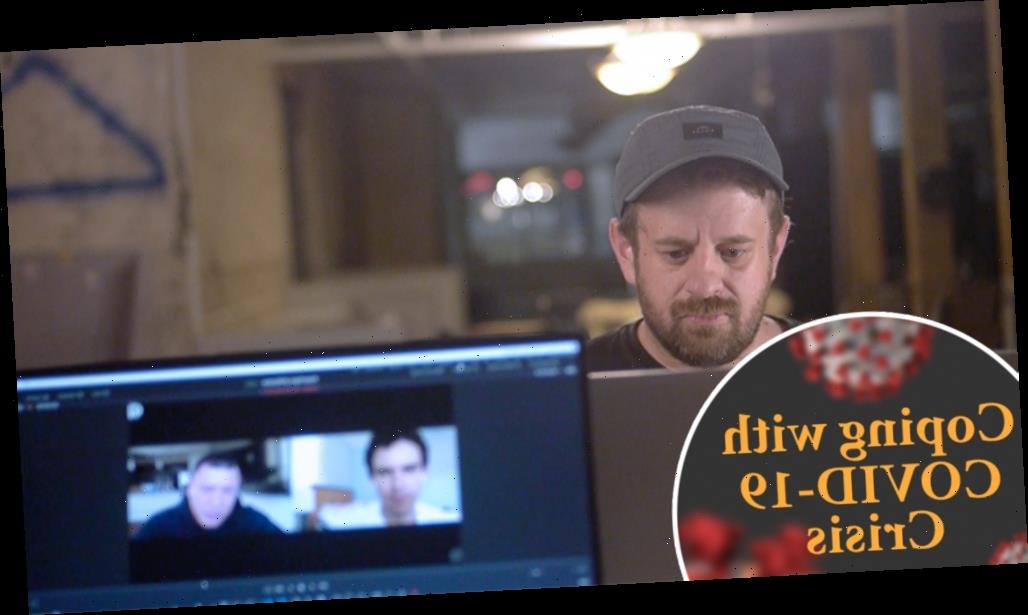 Editors’ Note: With acknowledgment of the big-picture implications of a pandemic that has claimed thousands of lives, cratered global economies and closed international borders, Deadline’s Coping With COVID-19 Crisis series is a forum for those in the entertainment space grappling with myriad consequences of seeing a great industry screech to a halt. The hope is for an exchange of ideas and experiences, and suggestions on how businesses and individuals can best ride out the crisis.

When the coronavirus pandemic brought Hollywood production to a screeching halt, leaving many out of work and uncertain about their futures, writer-director David Prindle saw an opportunity to try something different. He is currently in production on The Flower Tapes, a horror feature that is being produced remotely incorporating actors filmed via computer screen from their respective homes along with found footage and special effects.

“It all came about during the lockdown,” says Prindle, who is making the film via his production company Snow Monster Films, which he launched before the pandemic began. “It just dawned on me that we could do a found-footage-type movie during the lockdown to give everyone something to do because most of the people I know all lost their jobs too because they were all industry people.”

The supernatural thriller revolves around the investigation of video files documenting an online support group’s eerie encounters over the course of several days. As the shocking case is slowly unraveled, the unthinkable is revealed. “Part of the reason I went with horror is just because horror has a built-in audience,” Prindle says. “It’s a fun genre to make, so everyone gets to show more of their acting chops.”

“Making it an ensemble cast, and it takes place in AA groups meeting online, there’s a lot to play with disbelief and conflict that starts,” says Prindle. “It seemed like a good way to build more into it…it seemed like a way to have some more conflict in there.”

Check out the teaser trailer below.

Prindle described his directorial approach in making this film as “problem-solving.” “I can get them to sit in the right position, make their computer high enough, whatever it takes, but because a lot of these actors have experienced making their own stuff, it really helps move it along.”

“A lot of them you know make their own shorts and stuff. They already have their own lighting unit, so they’ve offered to set up lighting and basically the actor is going to get gaffer credit, too.

“It’s just a little community of all these different filmmakers and everyone’s scattered right now,” he says. “It seems like a good way to kill some time and do something fun.”

The process came together fairly quickly, though it was taxing. Prindle wrote the script in April with co-writer Navin Delray, based on Prindle’s original idea, and started production soon after. “[We] definitely spent a lot of time grinding, making sure the script is good,” he says. “I think we did eight revisions in less than a month, just bouncing it between me and the other writer and then bouncing it to the producer.”

He is using an open source program called IBS, which is used by some gamers and streamers. “It allows me to record just one window and certain sounds. I can record just Skype and just their incoming audio and don’t have to worry about all that other noise. So I can talk to them and talk them through stuff without it coming into the recording. For one on one scenes, we’ll do a split-screen. We’ll go through the scene a couple of times so [the actors] will get a feel for how things go and then we get their one on ones”

Casting wasn’t an issue as Prindle was able to mine from a list of actors he had worked with previously and those who had a connection to Charlie Kessler (Lapham Rising), who is producing with Craig Burgess (Made Vicious) and Myles Humphus (Five Minutes in May).

Taking into account the limitation due to the health crisis, Prindle also wanted “to make it as easy on actors as possible.” He says: “We’ve been basing the characters off of the real actors a little bit. Like one of the actors, she’s in New Jersey and she’s in a basement apartment so we worked that into the script… Whenever I find a moment, I’ve been able to reconstruct it a little bit to work with what the actor has.”

He is using an open source program called IBS “A lot a gamers and the streams use it It allows me to record just one window and certain sound. I can record just Skype and just their incoming audio and don’t have to worry about all that other noise. So I can talk to them and talk them through stuff without it coming into the recording. For one on one scenes, we’ll do a split-screen. We’ll go through the scene a couple of times so [the actors] will get a feel for how things go and then we get their one on ones”

Not be able to position people

Working remotely isn’t anything new for Prindle, who has a background in special effects (The 24th) and animation (The Snow Monster). “I’m used to it because I might be on set when they’re filming a little bit, but when I’m doing the special effects, I’m doing it all from wherever I feel like doing it.”

The project is mainly self-financed and Prindle is hoping to be able to share the profits once the film is sold. “I really like the idea of movies that profit-share with everybody and that was one of the reasons I started that studio is I wanted to make movies where everyone gets a percentage even if it’s small…I like the idea of coming up with a system of making movies where everyone all the way down to, you know, PAs can get a small percentage.”

He is hoping for a 90-day turnaround in order to release the film in the summer and has set up “a system whereas I’m finishing up a scene, it’s getting sent over to another guy who’s chopping it up so we’re building it as we go so that we can get it out as quickly as possible and I mean within reason. We don’t want to cut any corners or anything, but it helps speed up to have multiple things happening at once.”

Coping With COVID-19 Crisis: Christopher Jackson, Star Of ‘Bull’ And ‘Hamilton’, On The “Routine” Challenges Of Raising An Autistic Son In A Time Of Upheaval

Coping With COVID-19 Crisis: Comedy Impresario Caroline Hirsch On The “Hard Ride” Ahead For Stand-Up And Live Events In New York