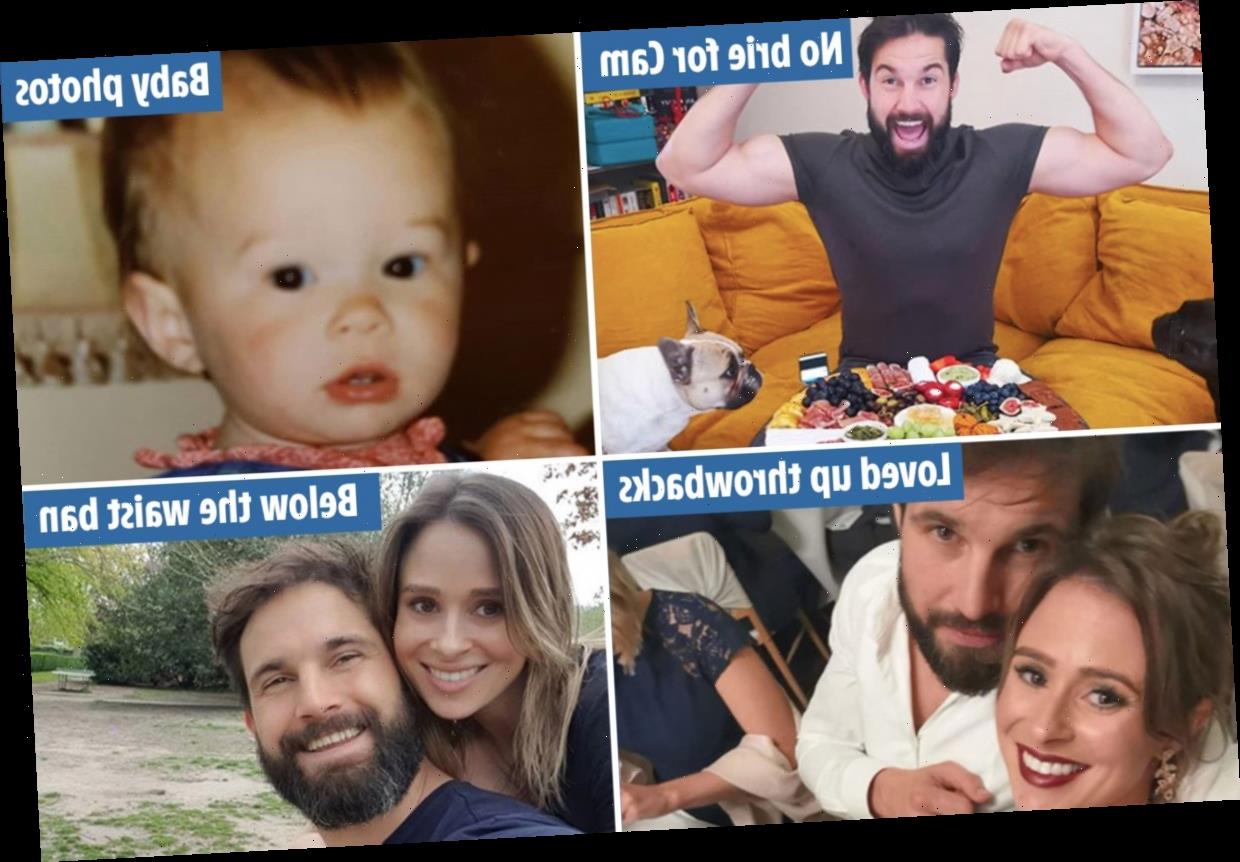 LOVE Island stars Camilla Thurlow and Jamie Jewitt may have only just spilled their pregnancy news, but subtle clues could have given their secret away.

For the past few months, Camilla and Jamie have been desperately trying to keep their unborn baby under wraps. 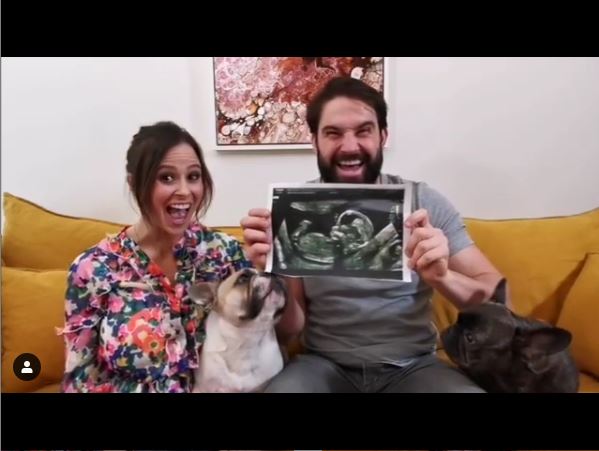 Only yesterday, with Camilla well into the second trimester of her pregnancy, did the couple decide it was the right time to tell the world.

And straight away, it appears they could have planned this date for a specific reason. 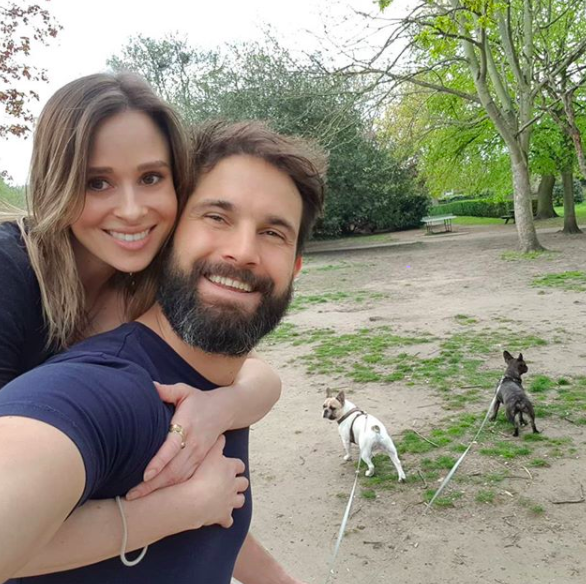 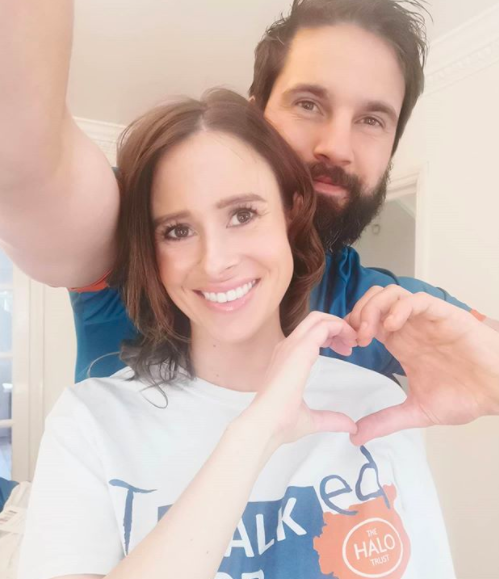 Given her enviable figure, Camilla rarely shies away from a full-length photograph.

But over the past few months, she has done her best to hide her growing tummy.

In one shot taken four weeks ago, Camilla can only just be seen as she peeks out from behind Jamie while out walking their dogs.

The couple have shared several loved up snaps, but they have all been from the waist up. 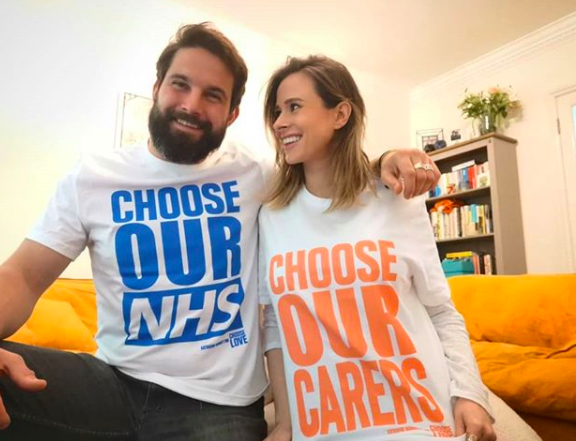 And in one very recent photo, which was taken to promote a range of charity NHS T-shirts, Camilla can be seen pulling her tee away from her tum.

She has shared a couple of full-length photos…but confessed to fans they were old. 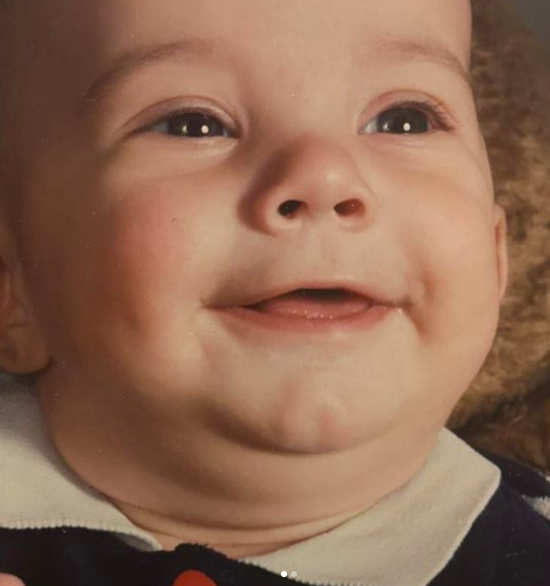 Every couple is desperate to know what their unborn child is going to look like.

And just like most, Camilla and Jamie have been trawling through snaps of themselves as babies in a bid to give them an idea.

Sharing a couple of photos with fans two weeks ago, Jamie teased his Instagram followers: "Who are these two little nippers??? 🤔😂 any guesses…?"

This was a risk, though, as Jamie pretty much played into his fans' hands. 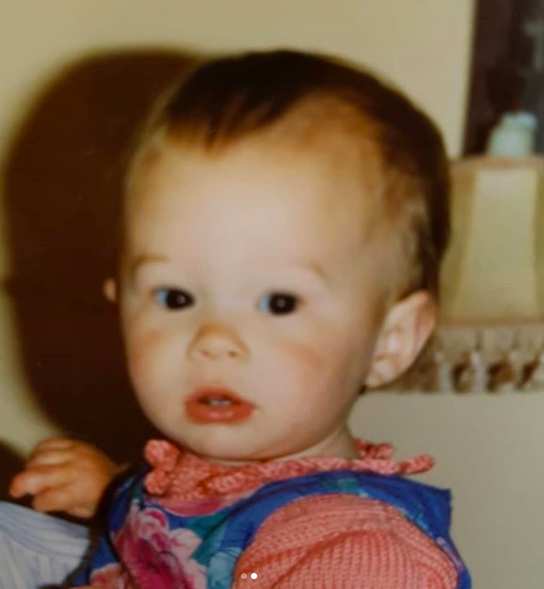 One astute follower commented: "Omg you guys are pregnant! 😍✨."

Another added: "I’ve thought it for a while as she has gone low key and never any photos of her really 🙌." 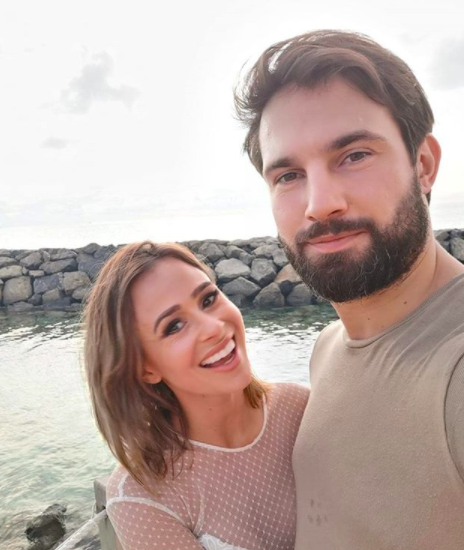 Blissfully in love, but unable to share exactly why he and Camilla were so happy, Jamie did the next best thing.

Since his girlfriend fell pregnant, Jamie has posted some cute throwback pictures of himself and Camilla.

Alongside on shot of himself and Cam by the waters' edge, Jamie wrote: "Being stuck at home with you isn't all bad 👀🤣❤."

He also shared a throwback picture on Valentine's Day. 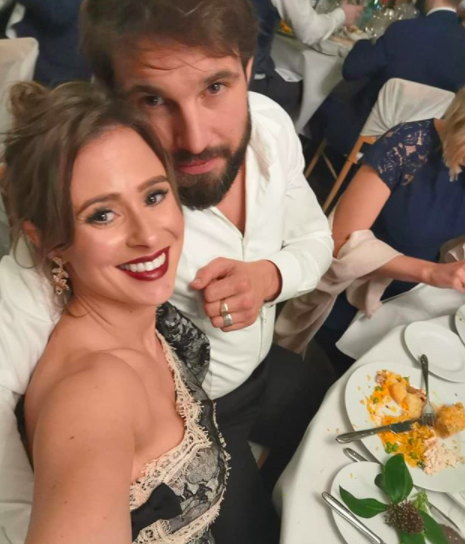 It is likely they had very recently discovered their baby news and it seems a slap up meal was off the cards.

Alongside the glamorous snap of Camilla, he said: "The avocado to my toast ❤ @camillathurlow ❤ Fyi this picture was a couple months back.

"We are currently at home in a cuddle puddle with the puppies covered in takeaway stains watching tv – this was my valentines surprise – and i nailed it 😜 #familytime 👀 no one wants to see that right? 🤙🏻👊🏻🥳❤ #valentinesday." 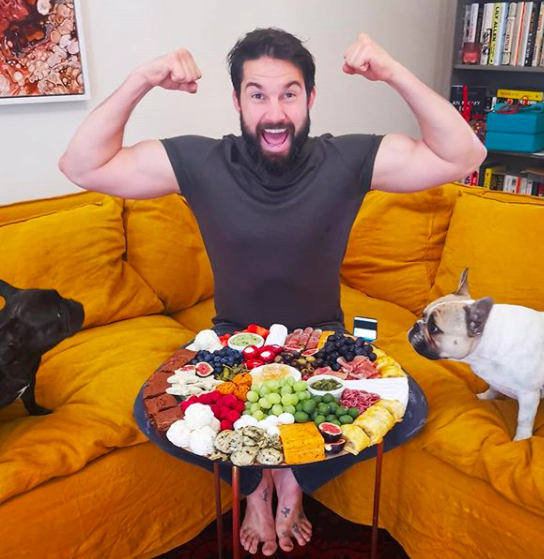 Pregnant women are advised by the NHS to avoid mould-ripened soft cheese and cured meats because they could pose a risk to the baby.

Well, judging by the birthday platter she recently bought Jamie, it seems Camilla is following the rules.

While he appeared delighted to be sat in front of salami and brie in an Instagram pic, Camilla tellingly wrote: "Thank you to @stargrazingco and @thehumblebakehouse, for helping me find the perfect food-based treats for @jamiejewitt_ (and Gus 🤣), he absolutely loved them 🧀🎂 #30thbirthday."

Could she have made it more clear that she didn't dip in?!