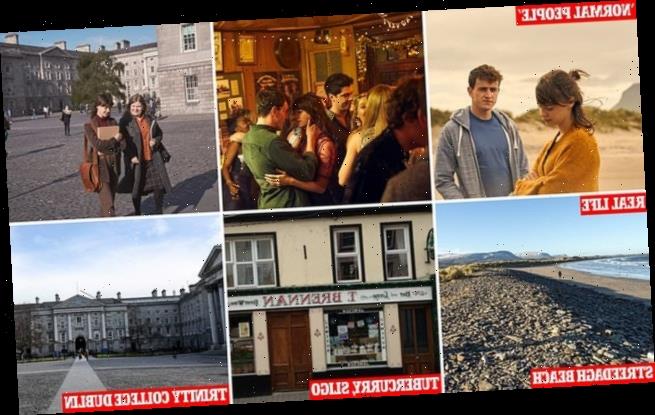 Come visit the set of Normal People! Tourism Ireland uses the BBC show to promote post-COVID holidays – but a government minister admits they had to be ‘selective’ to avoid raunchy scenes

BBC’s Normal People has become the TV sensation of the coronavirus crisis, winning millions of fans around the world.

And now the Irish government is cashing in on the global success of the show to promote COVID-19 holidays to the country.

Tourism Ireland released a 90-second video using behind-the-scenes shots to shine a spotlight on filming locations like University College Dublin and the town of Tobercurry, Co. Sligo, which stood in for the fictional town of Carricklea.

However Tourism Minister Brendan Griffin told Dáil Éireann, the lower house of parliament, this month that the team behind the promotional clip had to be ‘selective’ in order to avoid airing any raunchy scenes that might offend viewers. 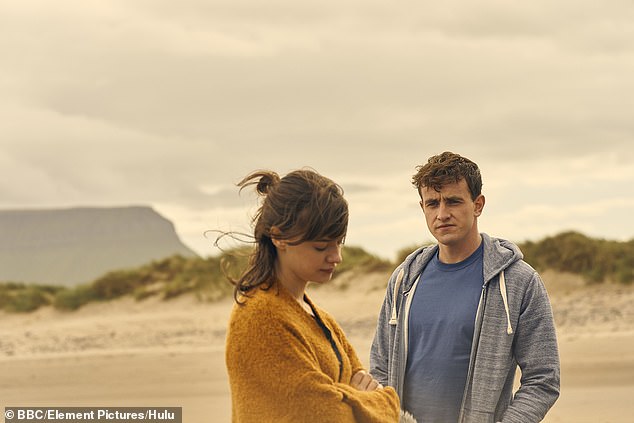 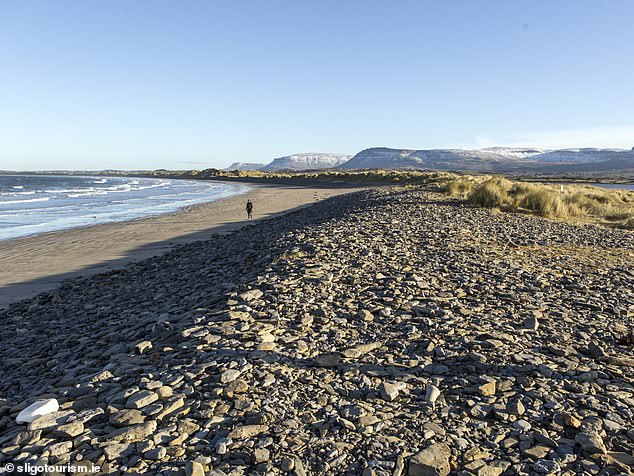 The romantic beach scenes were shot at Streedagh Beach, pictured, a two-mile stretch of sand dunes in north-west Sligo. It features in a new promotional film released to attract tourists

It comes after it was revealed there are a total of 41 minutes of sex scenes across the 10-episode series.

‘Tourism Ireland has been very active online in promoting Ireland and imagery from Ireland,’ Mr Griffin said, according to AirMail. ‘Very recently, that imagery included Sligo and some of the cinematography in Normal People, which was partly filmed there.’

‘They had to be selective with the cinematography as not everything is suitable for worldwide distribution from a tourism perspective.’

The aim is to encourage people to think about Ireland as a holiday destination once coronavirus travel restrictions have lifted, he explained.

Fans have been left feeling hot under the collar over scenes of full-frontal nudity which certainly would have caused a stir had they been featured. 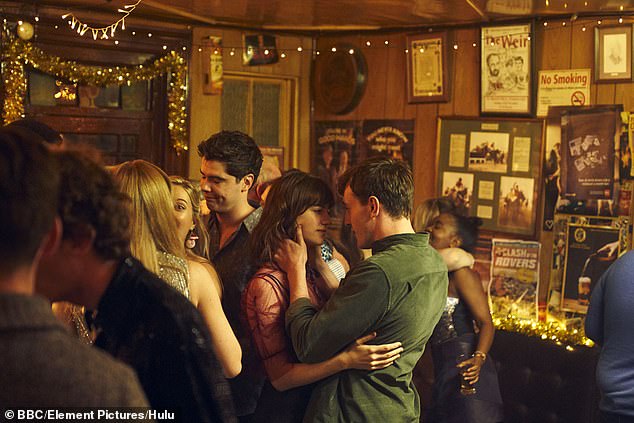 Over five days last autumn, the crew took over venues such as pubs to shoot scenes from the characters’ school days and the times they return home from university. Pictured, Marianne (Daisy Edgar-Jones) and Connell (Paul Mescal) in a pub on New Year’s Eve 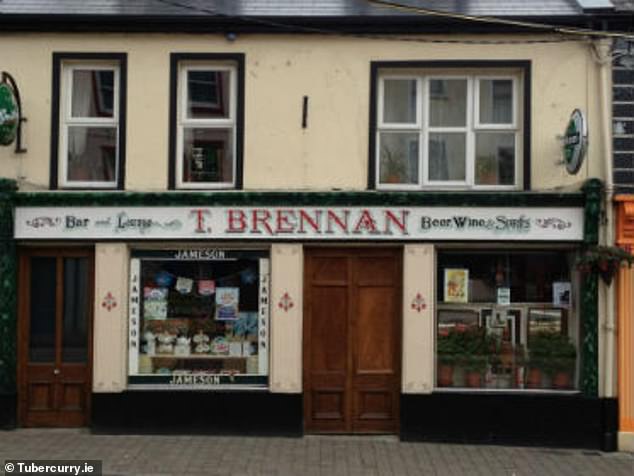 The scene was shot at Brennan’s, pictured, which director Lenny Abrahamson described as a ‘gorgeous pub’. ‘It’s a particularly special experience to go to a genuine Irish pub,’ he said

Instead Tourism Ireland chose chaste shots of Marianne and Connell walking through the countryside, embracing in a pub and strolling through the university campus.

The pair fall in love in a fictional town called Carricklea in County Sligo. In reality, the scenes were shot in the town of Tobercurry in the same area.

Over five days last autumn, the crew took over venues such as pubs to shoot scenes from the characters’ school days and the times they return home from university.

Among the locations chosen was Brennan’s, which served as the venue for the characters’ New Year’s Eve party.

Director Lenny Abrahamson told Tourism Ireland: ‘We shot in this absolutely gorgeous pub, run by a brother and sister, really unchanged, I would say for decades. That was very magical. It’s a particularly special experience to go to a genuine Irish pub, and I’m glad we got to put that one on film.’ 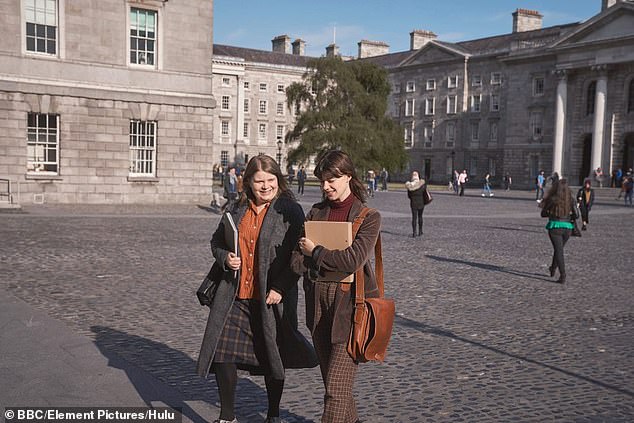 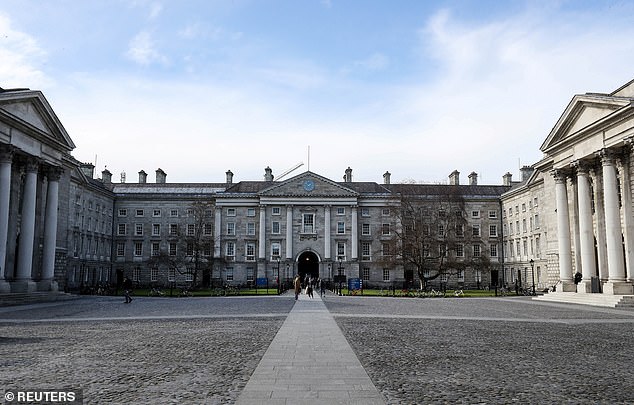 The romantic beach scenes were shot at Streedagh Beach, a two-mile stretch of sand dunes in north-west Sligo.

Daisy Edgar-Jones, who plays Marianne, said of the area: ‘One of my favourite places to film would probably have been Sligo.

‘It was just the most jaw-dropping entrance to any place I’ve ever experienced. When you see Ben Bulben in the distance, it’s just immense.”

Marianne is described in the book as living in a white mansion at the end of a driveway. Scenes taking place in her home were shot in a Georgian hunting lodge in Wicklow, south of Dublin.

Connell, by comparison, lives with his single mother in a tiny terraced house. For the production, these scenes were shot on a 1970s housing estate in Shankill, on the outskirts of Dublin.

Most of the action takes place at Trinity College Dublin, where director Lenny Abrahamson also studied. Students will recognise the university’s Ussher Library, as well as the Blackbird pub.