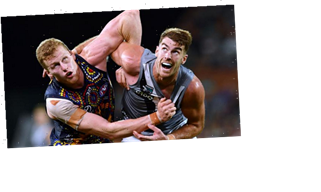 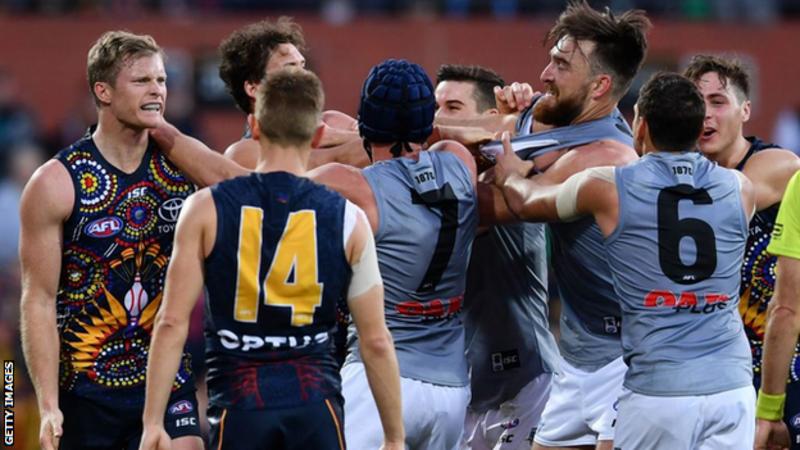 “You’re not our type of people.”

Imagine being quarantined with your arch enemy. It sounds far from appealing, right?

Yet in a luxury hotel on Australia’s Gold Coast, it’s an unfortunate reality for two Australian rules football clubs – for at least the next seven weeks.

Port Adelaide, who are known as the Magpies, and Adelaide, who are nicknamed the Crows, have been booked into the same resort as Australian Football League (AFL) teams go into lockdown in a bio-secure “hub” in preparation for the new season.

Travel and quarantine restrictions prevent them from isolating in their own state, so both will head north for their closed training camps.

The sides – the AFL’s two clubs from South Australia – are known for their ill-tempered contests both on and off the field of play, famously brawling outside a hotel the morning after a match in 2002.

So, is housing such bitter rivals together the wisest decision?

“We’re so different. Why should we have to spend eight weeks in the same hotel?

“We eat Balfour’s meat pies and you eat quiche … and you guys drink chardonnay. You’re not our type of people.”

“We are arch enemies … it doesn’t make a lot of sense to put them together,” he said.

“We have these great matches, these great grudge matches, and we’re going to go into a place and be all buddies? I’m not sure about that.”

But the Crows, it appears, aren’t that bothered about the situation.

“We cross the white line, then she’s on,” said coach Matthew Nicks.

“If we play at that neutral venue…well, different story.”

We look forward to seeing how they get on…