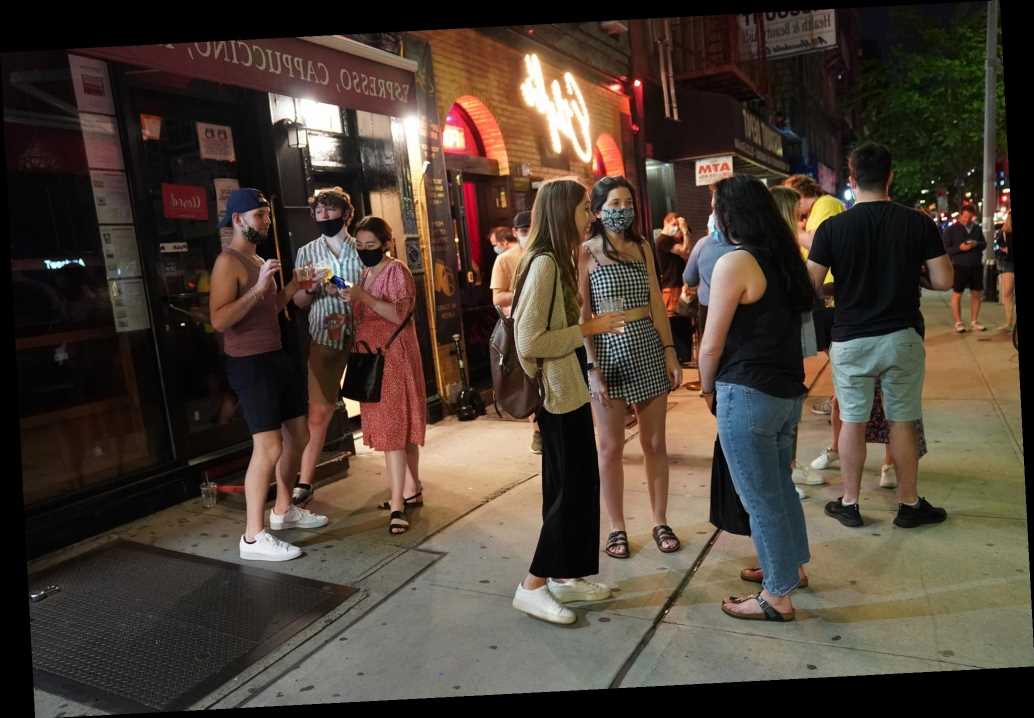 Mayor Bill de Blasio insisted Sunday that cops will be out in force to stop quarantine-fatigued New Yorkers from partying on the sidewalk outside their favorite bars, as highlighted by The Post.

“I’m not comfortable at all with people congregating outside bars,” the mayor said when asked about alarming photos of large groups hanging outside their favorite spots forced to only serve takeout.

“That violates what we’re saying about social distancing … and that puts lives in danger.

“So the police department will be out, the sheriff’s office will be out, watching very carefully,” Hizzoner vowed at his press briefing Sunday.

The Upper East Side was singled out as having “had a particular problem there,” but de Blasio insisted enforcement would be “everywhere around the city.”

“We’re not going to tolerate people starting to congregate, it’s as simple as that,” he said.

The extra show of force should quickly change the tune of many boozehounds who remained defiant as they drank in the sunshine Saturday, the mayor predicted.

“I think there’s gonna be a different reality when the sheriff shows up, NYPD shows up — and that’s what’s going to happen,” he said.

He stressed that there had “overwhelmingly” been compliance with the rules around bars and restaurants serving takeout, again calling for people to rat-out any breaking the rules by reporting them to 311.

Any restaurants trying to sneak in customers to dine inside will be “visited immediately with inspectors” if reported and face “serious fines” — if not worse, he said.

“If we have to shut places down, we will,” he said.

“And the same with congregating outside … please share with us those locations and we will deal with them immediately.”

He stressed that “nothing’s changed in the status of New York City” to warrant the apparent rush to congregate outside.

He said the general principles to self-isolate are “working [and] we want to keep it that way.”