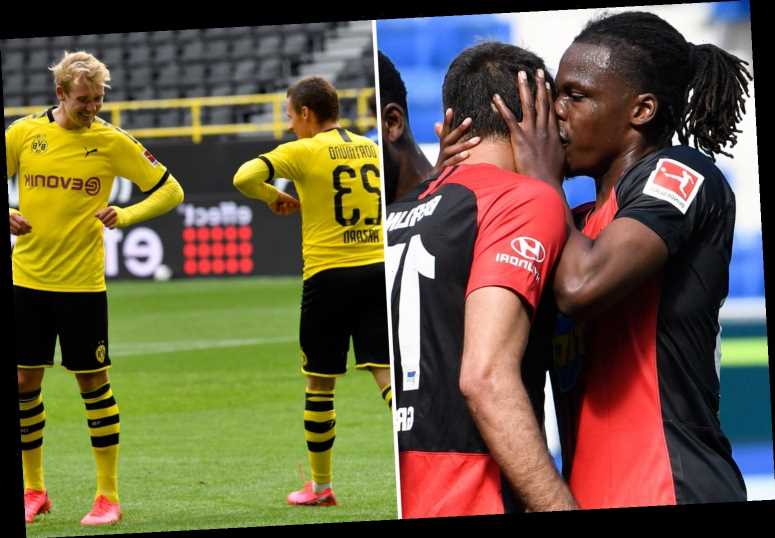 THIS is the mad moment former Manchester City star Dedryck Boyata broke coronavirus rules by KISSING a team-mate on football’s return from lockdown. 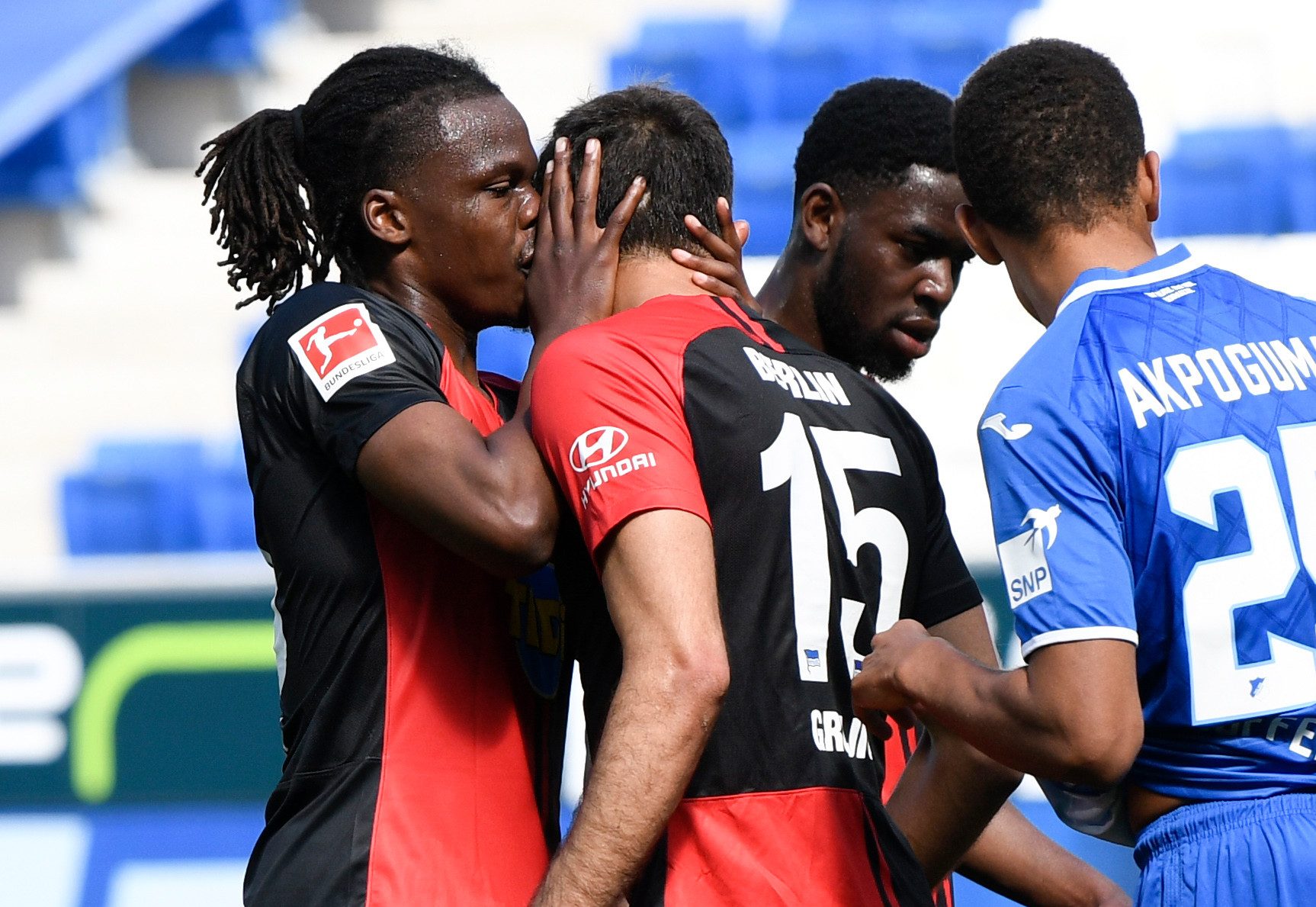 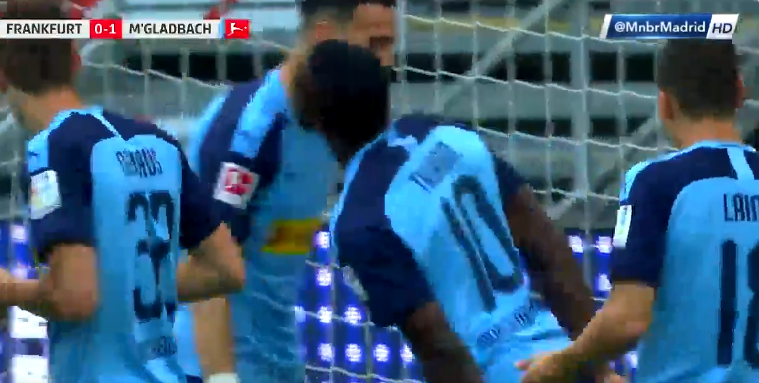 But, incredibly, he was defended by his coach and will not face any punishment — despite Augsburg boss Heiko Herrlich being banned for leaving his team’s hotel to buy toothpaste and skin cream.

Thuram looked to peck his fellow player on the cheek after scoring his side's second against Frankfurt.

Any contact outside of challenges is banned – and subs have even been made to sit two metres apart.

Boyata’s moment of stupidity came on the day Watford boss Nigel Pearson raised fears of a Covid-19 death in the Premier League, claiming: “People are closing their eyes to the threat. God forbid we have a fatality.”