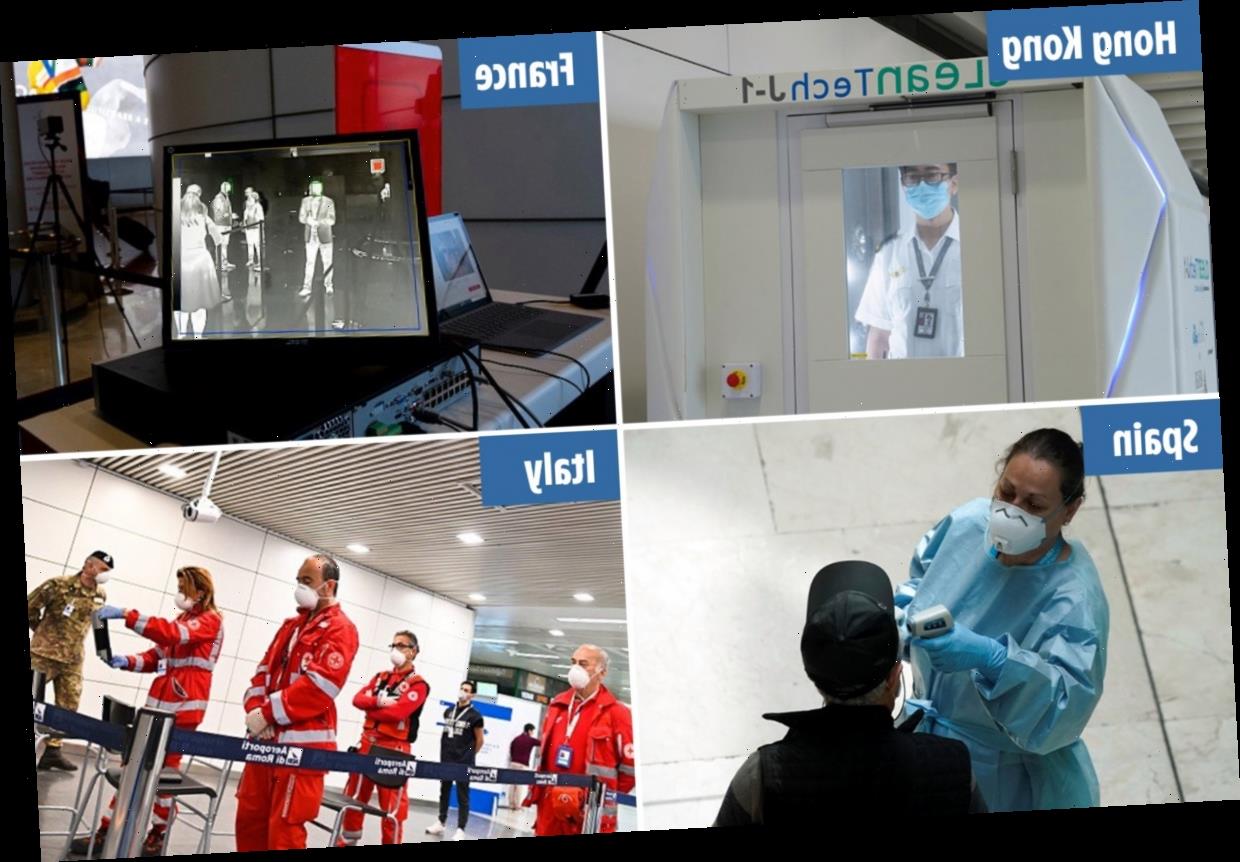 PASSENGERS at airports around the world face mandatory coronavirus measures such as temperature checks and quarantines – but not in Britain.

Hundreds of flights a week are still bringing people into the UK, and an Oxford University study revealed Britain is the only country without government backed coronavirus checks for arrivals or border closures. 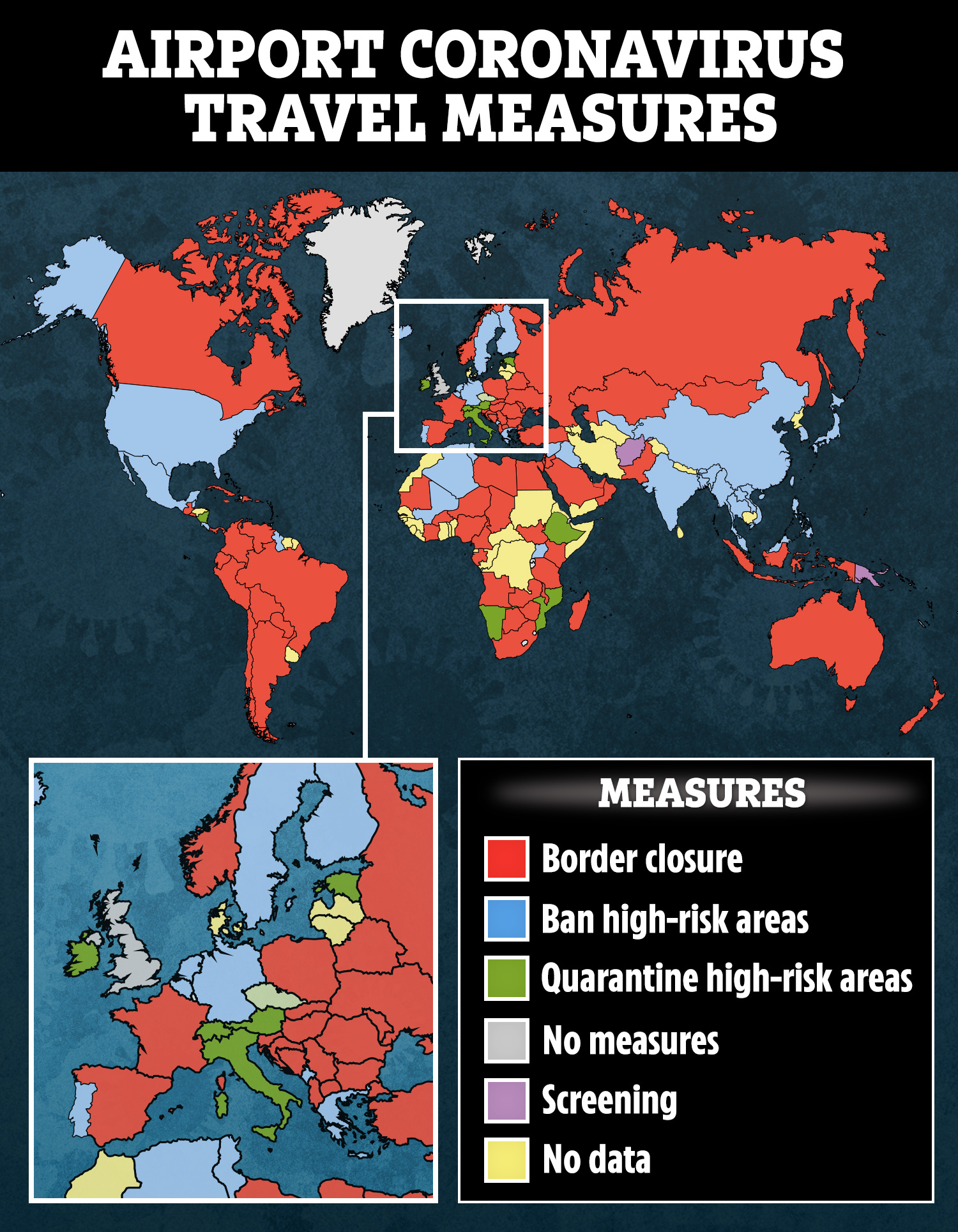 Foreign Office chiefs are urging against all but essential travel – but people can still freely come and go from the UK.

And this week Prime Minister Boris Johnson unveiled plans for a mandatory two week quarantine for travelers which will begin in June.

People who fail to obey will be subject o £1,000 fines or deportation – but critics have said it is too late.

Transport secretary Grant Shapps also hinted airport screening will be introduced while speaking in April – saying it "must be part of the plan going forward".

And also last month, health secretary Matt Hancock admitted at least 15,000 people were flying into the UK daily without being screened for coronavirus.

The UK is already the second most impacted nation in the world from the virus, with more than 34,000 deaths.

Flights this week have arrived from Europe's other two worst impacted nations – Italy and Spain – and China, where the virus is believed to have originated in late 2019.

Gatwick and Heathrow Airport's bosses have previously called for some kind of mandatory measures to be introduced to help combat the virus.

Oxford University's Blavatnik School of Government found the UK was the only country known to not be practicing any restrictions, reports the Metro.

Elsewhere in the world, travelers face tough restrictions to try and control the virus – such as these here. 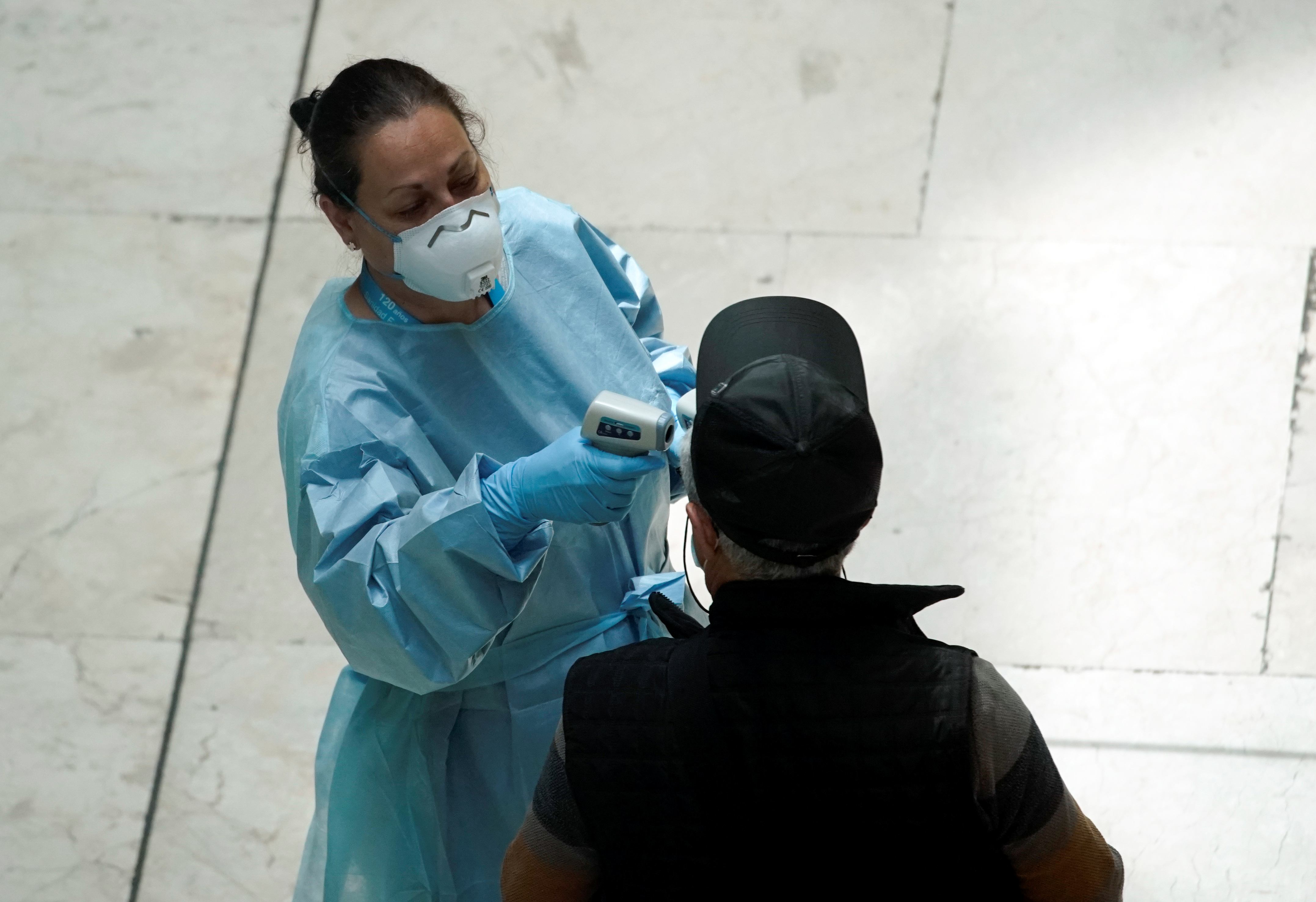 Travelers arriving in Spain have to quarantine themselves at an address for 14 days – with all inessential international travel into the country banned until at least June 15.

Passengers arriving at airports are met by health officials who administer temperature checks and registers arrivals, taking down the address they will be isolating at for the next two weeks.

Those travelling also must wear face masks and follow social distancing, and they must also arrive at airports no earlier than 90 minutes before their flight.

Spanish nationals are the only people who can return to Spain, unless they have residence, are cross border workers, or are passing through to get home – such as a connecting flight.

Spain remains in a state of emergency, which was first declared on March 14.

However despite plans to lift restrictions, foreign minister Arancha Gonzalez Laya has admitted tourists may not be welcome to return until the start of 2021. 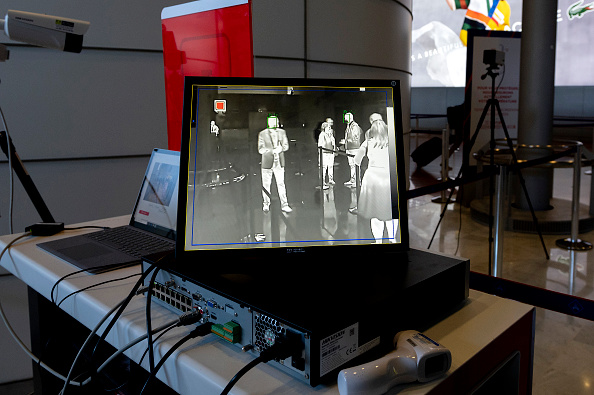 Pictures show French airports have rolled out technology such as thermal cameras to check on arrivals as they come through airports.

Air France has also said it will ban passengers it deems to unfit to fly and will be checking passengers temperatures.

Government restrictions are also in place on who can come in – and people have to wear masks at airports.

Only those from the 26 Schengen states, British passport holders and French citizens or residents are allowed to enter France.

Those who are travelling from outside of the borders – which are closed aside from for repatriation –  must quarantine themselves for 14 days.

People travelling within the European Union do not have to quarantine. 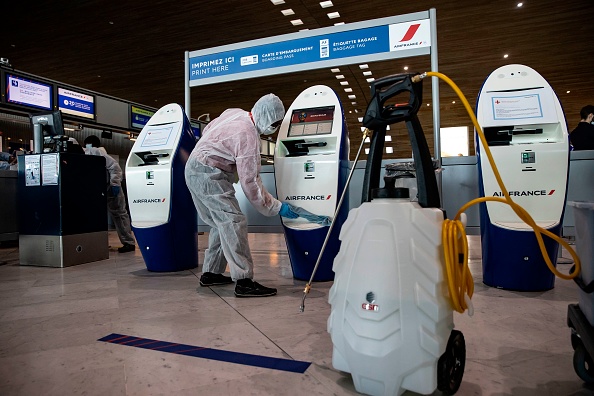 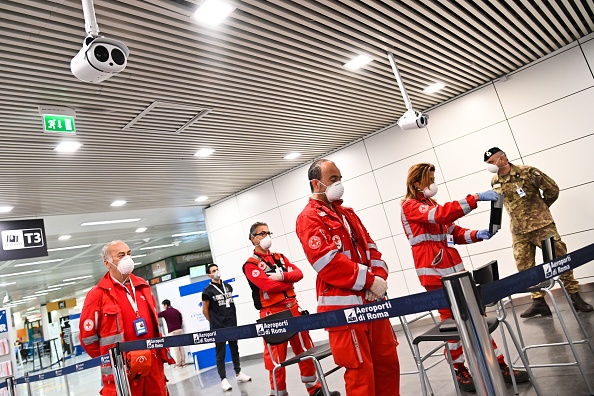 Italy is due to begin easing its travel restrictions as a part of a plan to use tourism to help jump start the economy – with the country being the first in Europe to feel the full force of the virus.

But until June 3, travelers are still facing a mandatory quarantine of 14 days when they arrive.

Thermal scanners and temperatures checks are also present at some airports, occasionally manned by military officials to spot anyone suffering from Covid-19.

Anyone arriving in the country also currently must self-certify and report to health officials when they arrive.

Passengers must have a form which details exactly why they are arriving in Italy.

Germany previously had restrictions at the border with anyone entering the country told they had to have urgent reason to do so.

Residents, citizens or long-term visa holders were continued to be allowed in.

Passengers arriving from China, Iran, Italy, Japan and South Korea have also previously been told to provide information about their trip on a disembarkation card.

However, as of this week travel restrictions have been loosened and land borders reopened with Austria, France and Switzerland.

Screening will continued to be carried out however for the virus – with Germany having one of the lowest death rates in Europe with 8,001 fatalities from 175,813 cases. 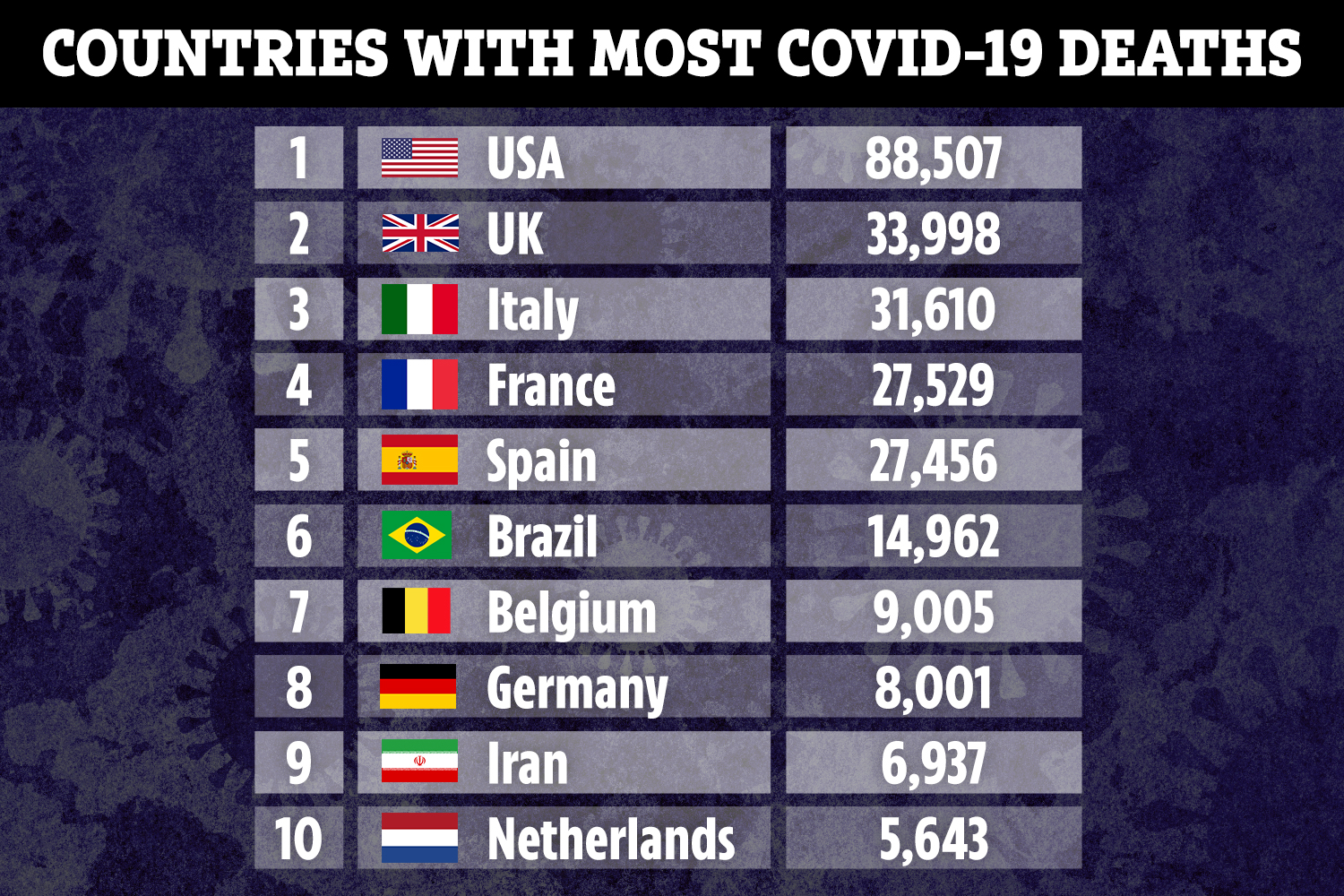 Greece has extended its flight bans to the United Kingdom, Italy, the Netherlands, Spain, North Macedonia, Turkey and Albania.

It also has in place a ban on the entry of non-EU nationals until May 31 – except for those in Schengen countries and so-called "third citizens" of the EU.

Flights to Britain are suspended until May 31 – and all international flights until then will have to land at Athens International Airport.

It comes as Greece has begun reopening its beaches as it remains hopeful it will be able to cash in on the tourist season.

Greece is also planning to reopen six land border crossings which had been closed due to the coronavirus. 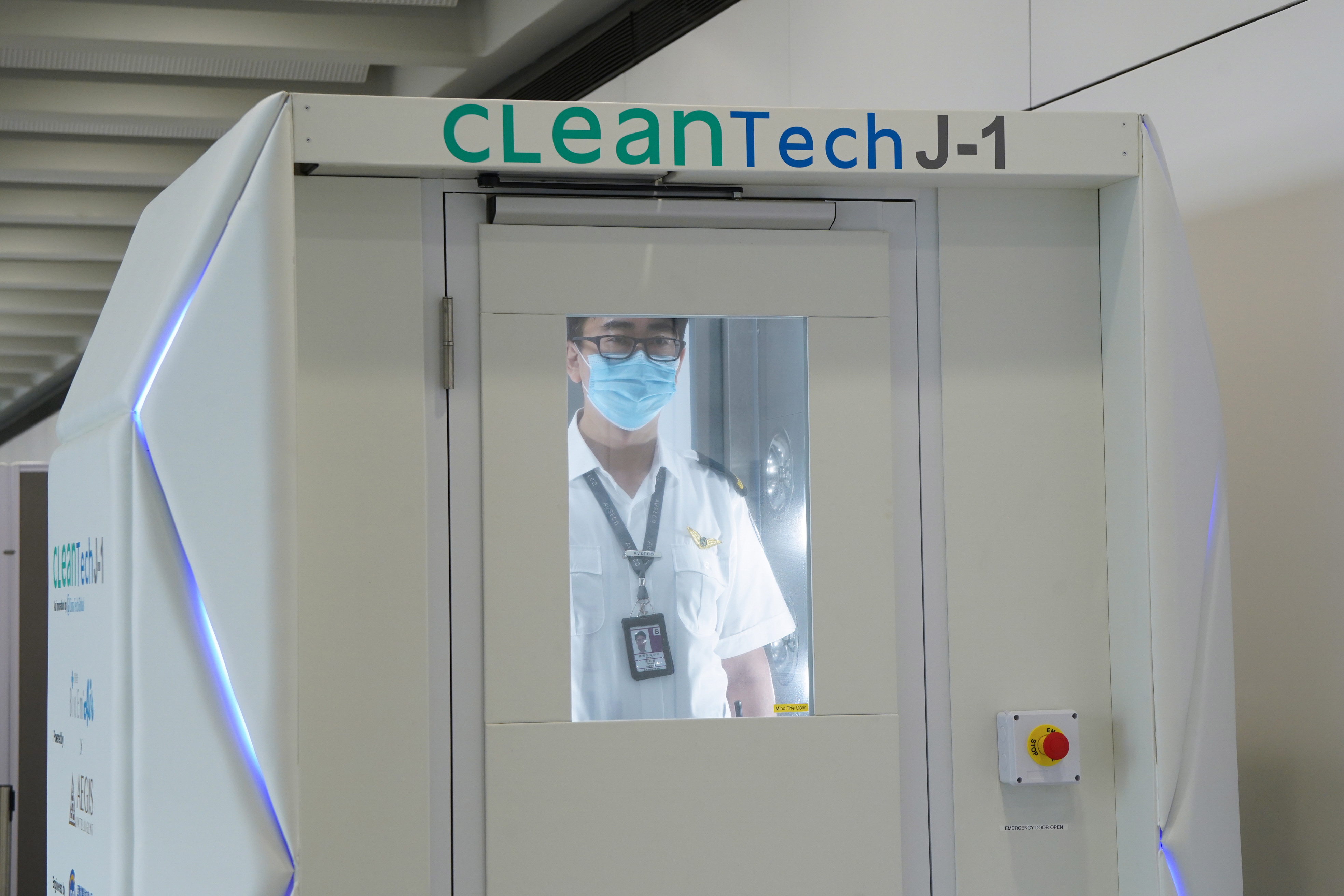 Hong Kong has completely closed its borders to anyone who is not a resident or citizen.

The measures however seem to be working, having just 1,052 coronavirus cases and four deaths from its population of 7.4million.

Everyone arriving must provide proof of their residence or citizenship and complete a form about their health.

And anyone who has been outside the country, must be quarantined for 14 days, wear a tracking device on their wrist and download an app that will track their whereabouts.

If they are found to have symptoms, passengers will be sent to the Department of Health who will decide what to do next.

Tests are administered by deep throat saliva samples and take eight hours to process – with passengers having to be bused to a hotel to wait for their results. 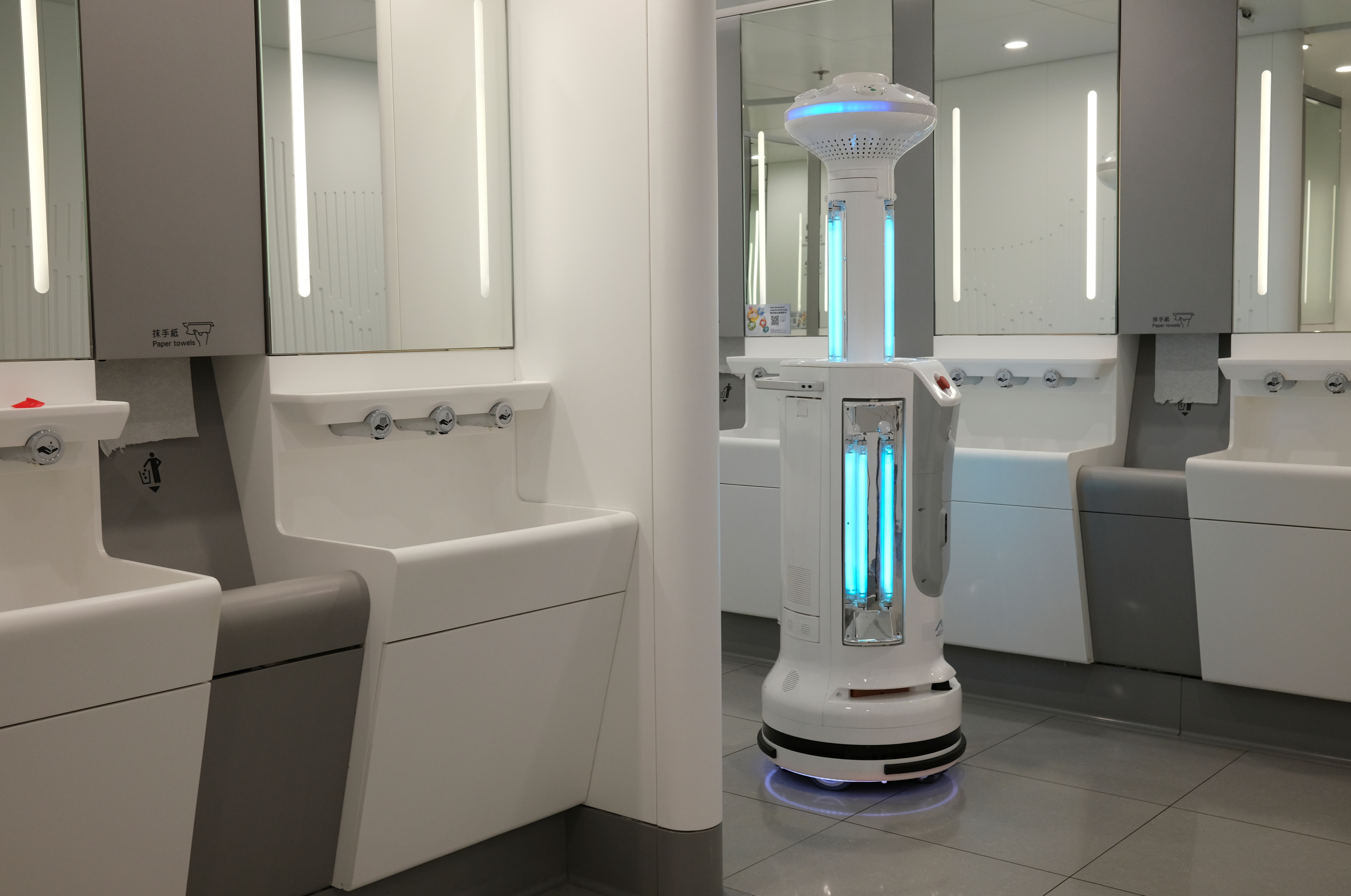 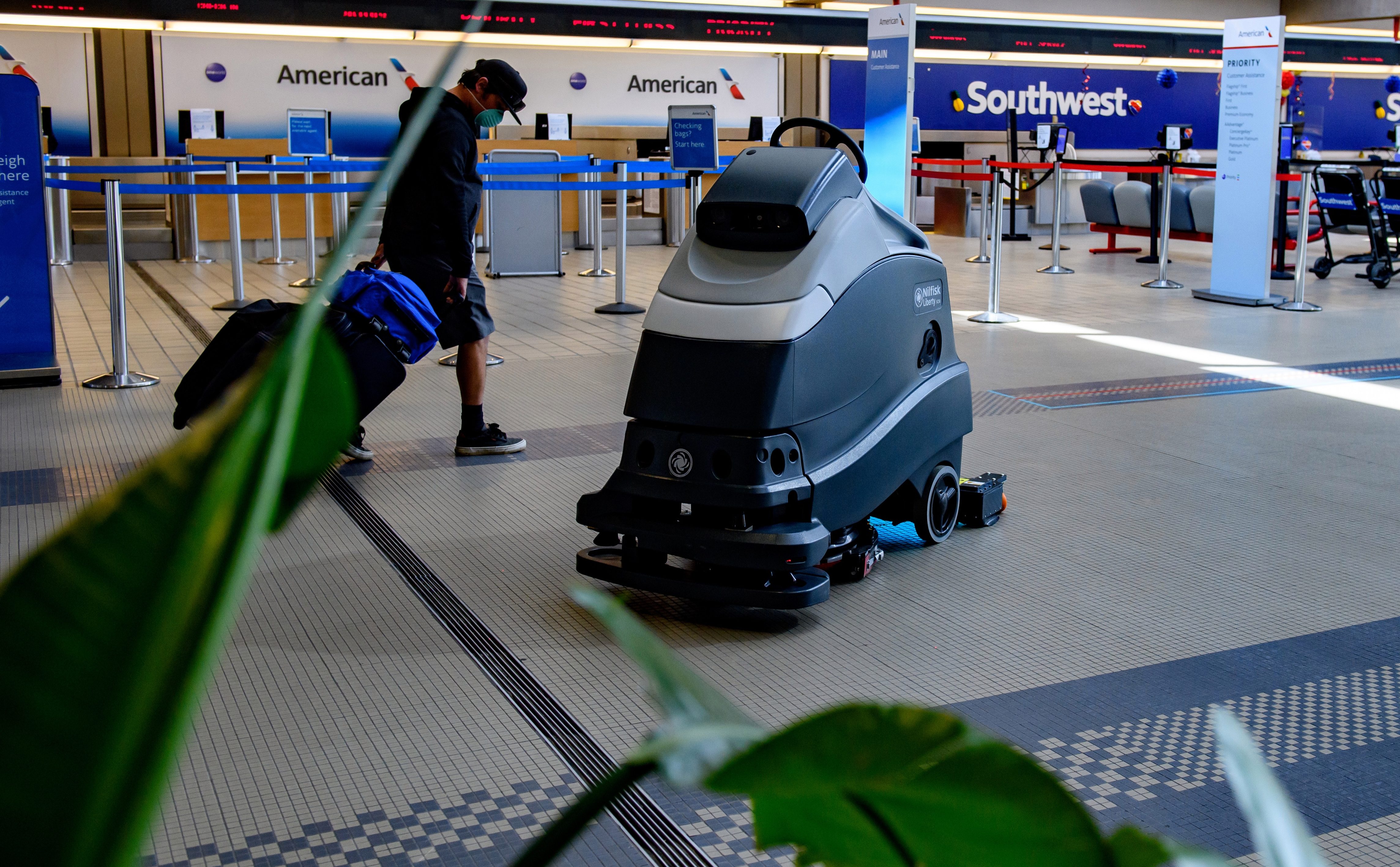 The US is the worst hit country in the world by the coronavirus, with almost 1.5million cases and 88,678 deaths.

And this is despite travel restrictions being introduced early – closing the borders to any foreign nationals who had visited China in February.

Tough measures have since been ramped up, with all travel from the UK, China, Iran, Ireland and the Schengen zone completely banned.

US citizens and green card holders who have been to these areas must report to one of the 13 airports and provide details of their medical history.

They also must self isolate for 14 days upon returning home.
Airports have also rolled out measures such as UV cleaning robots to help control the spread of the virus.

Vending machines have also been in place at some airports selling PPE for passengers. 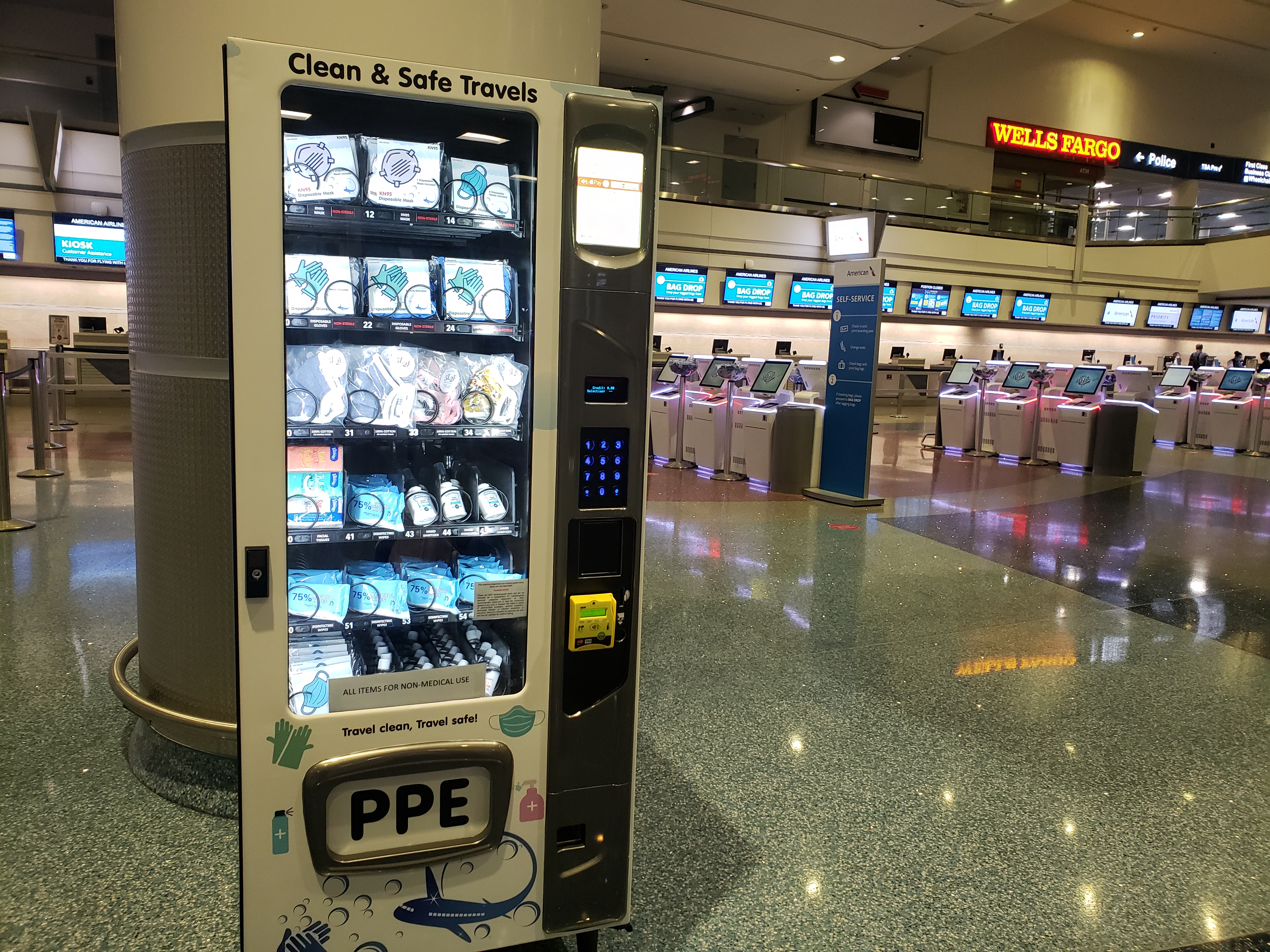 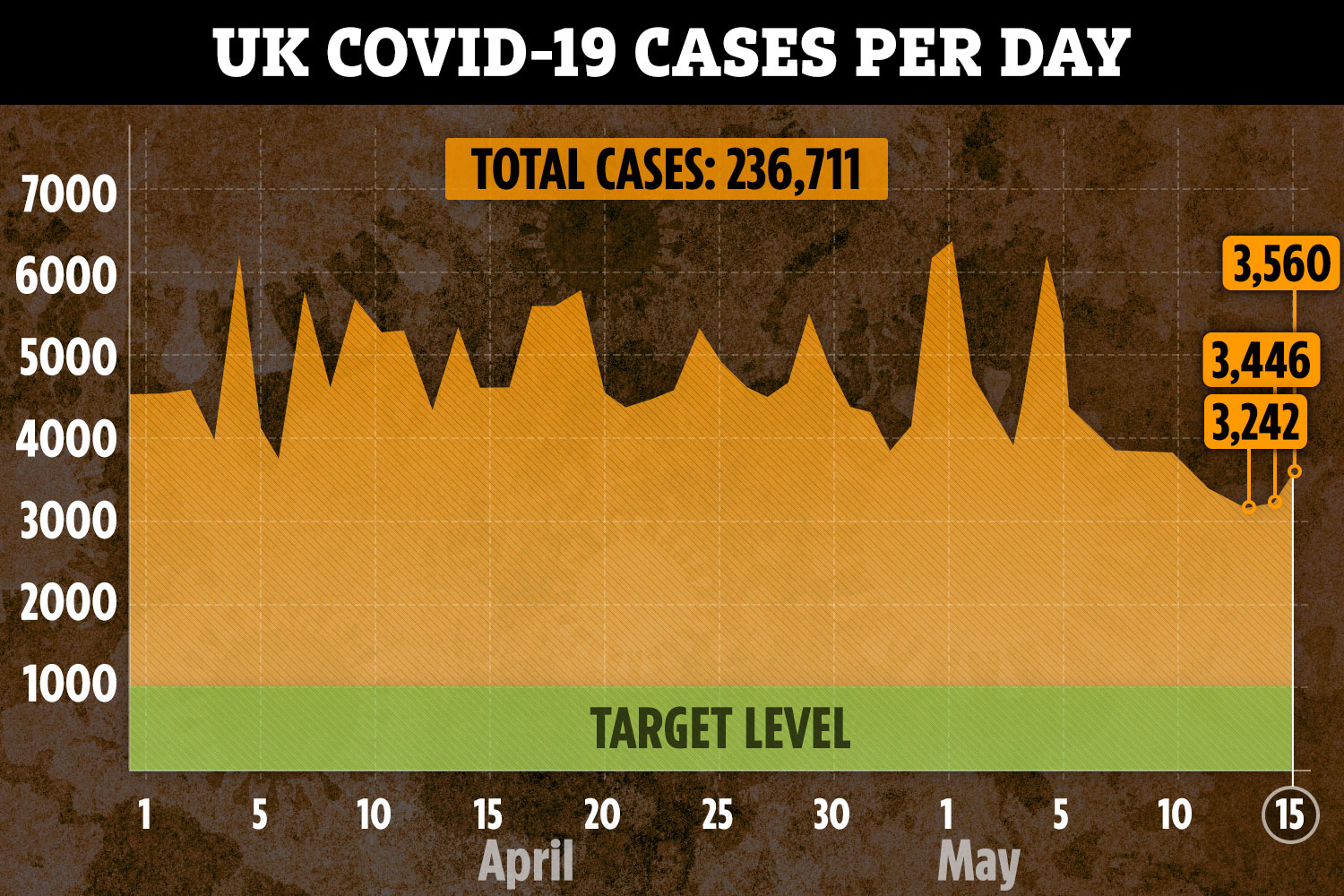 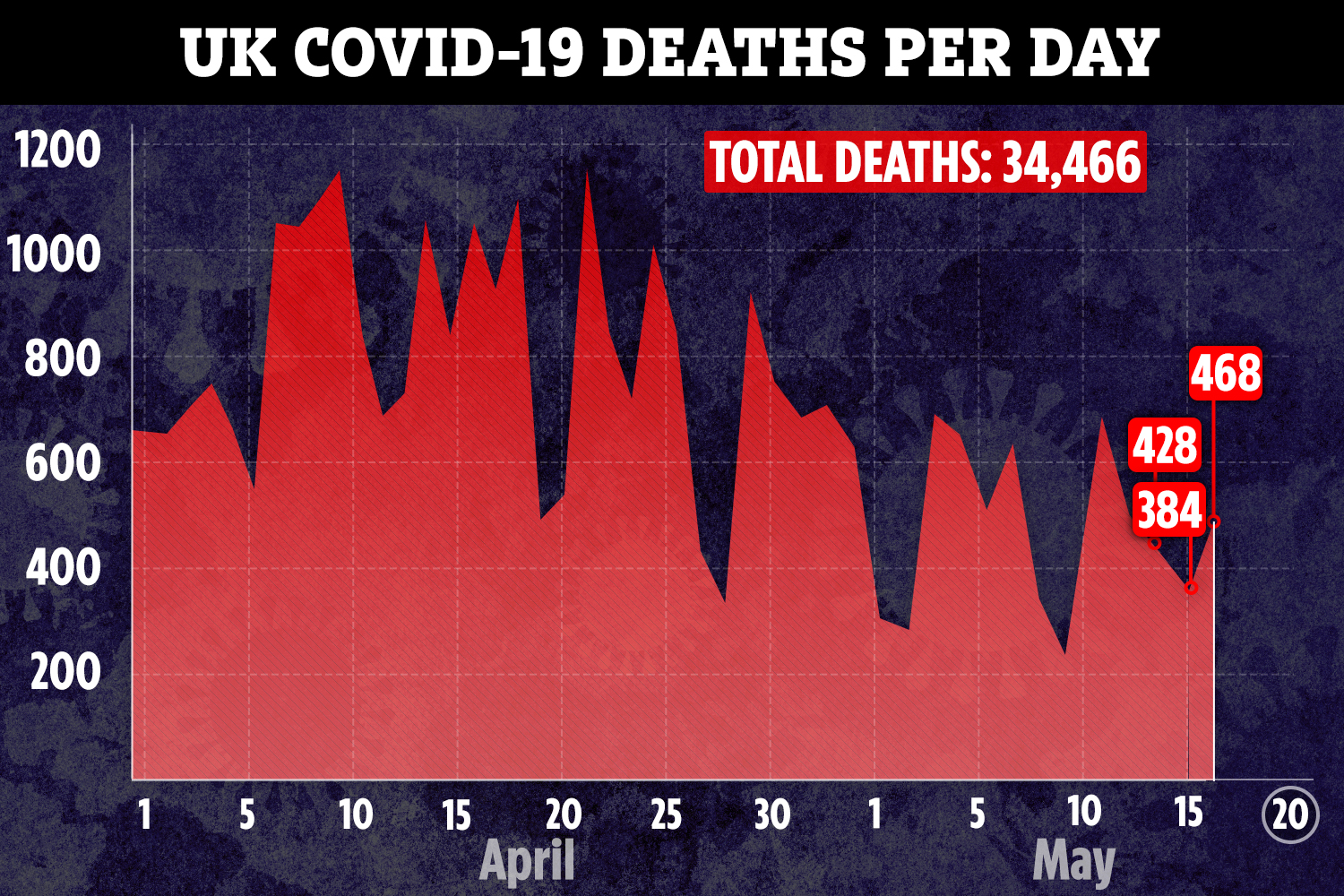