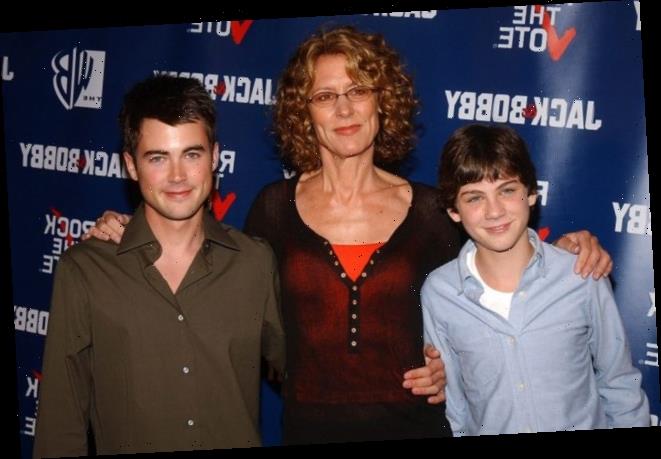 Logan Lerman might be known for playing Percy Jackson in the films based on author Rick Riordan’s book series but those who watched TV shows on the now-defunct network, The WB, may know him better from his time spent starring in Jack and Bobby. The short-lived series aired alongside other WB mainstays such as Gilmore Girls and Smallville.

According to IMDb, the pilot episode of Jack and Bobby premiered on Sept. 18, 2004. From creators Greg Berlanti, Vanessa Taylor, Steven A. Cohen, and Brad Meltzer, the series gained enough momentum with viewers to stick around for one season but that didn’t keep it from ultimately getting the ax by the network. Jack and Bobby got canceled after 22 episodes. The season finale aired in May 2005 and left fans with unanswered questions. Unfortunately for them, the series didn’t return and there are no signs of it being rebooted.

Although its time was on TV was short-lived, Jack and Bobby garnered critical acclaim winning five awards and getting nominated for both a Golden Globe and a Screen Actors Guild Award.

Years before he starred in The Perks of Being a Wallflower, Lerman played the role of Bobby McCallister, a smart, sensitive boy who wasn’t exactly the coolest kid in school. His older brother, Jack (Matt Long), was his complete opposite; a jock and the most popular guy in school.

RELATED: ‘Dawson’s Creek’ and 5 Other TV Shows From The WB Streaming on Netflix and Hulu Right Now

The boys lived with their mom, Grace McCallister (Christine Lahti), a college professor who liked to smoke marijuana when her sons weren’t home.

Either Jack or Bobby grew up to become president

What made this show unique? Jack or Bobby would one day grow up to become the president of the United States, getting elected in the year 2040 and leading the country for two terms before exiting the White House in 2049. But as boys living in 2004, they — and the audience — had no idea what their future had in store, let alone that it would involve the highest office in the land.

Scenes taking place in the future featured interviews from members of the McCallister administration, close friends, and advisors recalling the tough decisions the president had to make during his time in office. The interviewers would also reflect on the relationship between Jack and Bobby.

RELATED: Hey Demigods: ‘Percy Jackson’ is Getting a ‘Faithful’ Reboot at Disney+

Meanwhile, the show also chronicled Jack and Bobby’s relationship with each other as they navigated their confusing and tricky adolescent years. It also examined Jack and Bobby’s individual relationships with their mother. If that wasn’t enough, there’s the added romance angle with Jack’s high school girlfriend, Courtney Benedict, as played by actress Jessica Paré. Viewers learned that she later became the first lady.

How to watch ‘Jack and Bobby’

Unfortunately, Jack and Bobby isn’t the easiest of shows to watch simply because it’s hard to find on all the usual streaming services; Hulu, Amazon Prime Video, and Netflix. Unavailable on Amazon Prime Video and not even listed on Hulu or Netflix, the only option is to track down episodes on YouTube because the series isn’t even for sale on DVD.

Here’s hoping one of the major streaming services picks up Jack and Bobby soon!