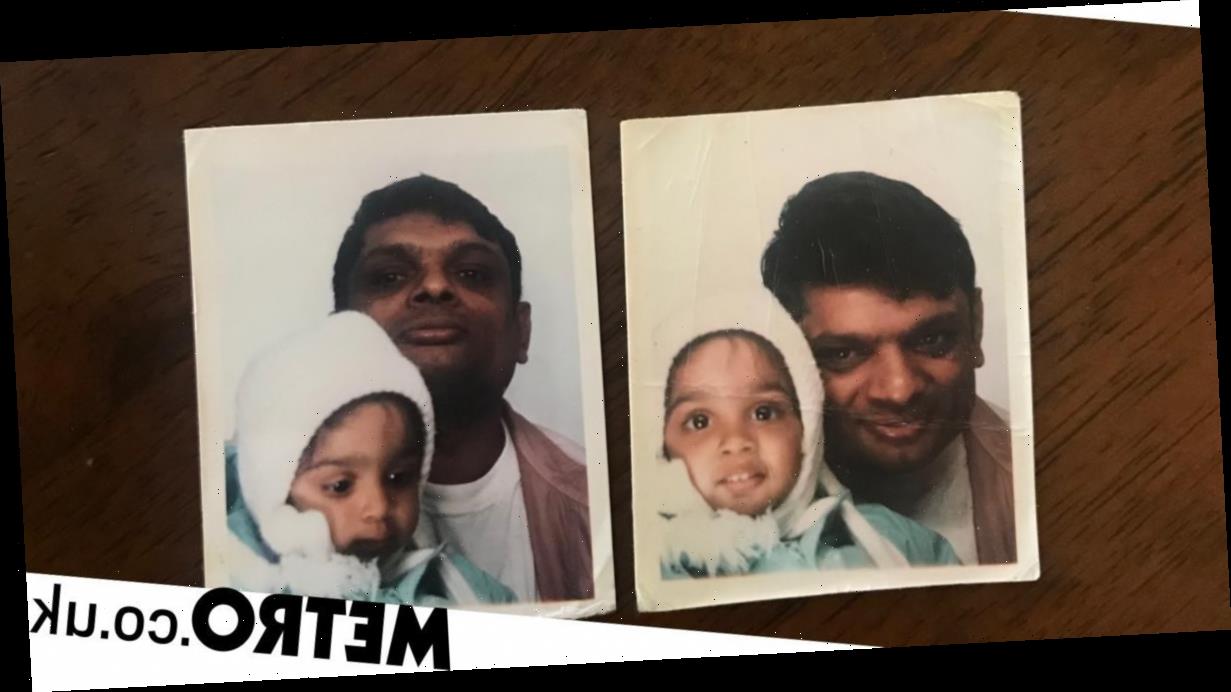 A few years ago, a good friend of mine lost his best friend. He confided in me as he debated whether he should see the body before the funeral.

‘It might help make it more real,’ he said, deliberating that acceptance and closure would come from this type of goodbye.

I’d never really experienced death so closely at that point, so I remember being completely astonished that on top of everything else that comes with loss – processing the unexpectedness, coming home to mourn, being a source of strength while simultaneously finding the will not to curl up and die yourself – that he also was wrestling with this choice of how to say goodbye.

When it came to my father’s death, my family and I were given no such choice.

In the second week of April, he was admitted to hospital as he was struggling to breathe. Two weeks later, Dad was gone. Just like that. It was a flurry of ups and downs for the duration of his hospital stay, with no one day the same.

Receiving daily updates on the phone, instead of seeing him and the doctors working tirelessly to save him, meant none of it felt as real as it should have.

The phone calls felt like I was receiving all the information second-hand. Then, having to pass it down the chain to my sisters was a whole other process. If it felt second-hand for me, then they must’ve felt like last place.

Dad shouldn’t have died alone in hospital. He should’ve had visitors. My mum should have been allowed to make a fuss of him around his bed, muttering prayers at him, instead of sitting silently at home, left with broken translations of what was happening to her husband.

But this pandemic isn’t just stealing lives, it is also stealing goodbyes.

Funerals are rightly being restricted in the UK. They were banned outright in Italy, in the first phase of the country’s lockdown. As such, there was no option to see my dad’s body – except for a cursory hospital-bed FaceTime call before he passed.

We did at least get to say goodbye, but the funeral was somewhat half-hearted. His coffin was closed – as is customary for Covid-19 deaths – and we weren’t allowed to prepare him, both physically and religiously, before his cremation.

Hinduism dictates numerous symbolic rites to send off a loved one. We should’ve placed sandalwood, flower petals, garlands and fruit on various parts of his body. Instead, we placed items correspondingly on top of the coffin: petals where his heart would be, fruit at the bottom by his feet, a flower garland placed ‘around’ his neck and holy water lightly sprinkled all over.

Placing a white sheet over him wasn’t possible either, along with many other religious customs. A small framed photo of him on top of his coffin helped, but it still didn’t feel right, or complete.

There should also be a 12-day mourning period with friends and family coming over to pray. The contrasting picture: five of us in what is now an eerily quiet living room.

A denial of these customs, coupled with the new ‘rulebook’ for mourning, felt like an injustice to my dad and his life.

The incompleteness of it all stems from so many things. It’s the empty space between the chairs, the lack of physical touch and the echoing peculiarity of people rotating, taking turns to pay respects in the small room where his coffin lay.

It’s having, in the back of your mind, the additional reminder not to touch his sobbing sister as we don’t live together, and pacing backwards, away from another aunt offering you her support.

Funeral restrictions also meant only a handful of people could attend – but Dad deserved much more, including everybody who loved him in that room with him.

How do you even go about choosing a mere five other people to mourn your father’s 62 years of life in person?

We battled feelings of shame, regret and discomfort when handpicking from cousins, uncles, brother-in-laws and friends, and sending the ‘as much as we want to, we cannot greet or hug you during this difficult time’ disclaimer.

For everybody else, a Zoom link. A f***ing Zoom link. The defining app of the work-from-home era, used for virtual pub quizzes and mind-numbing conference calls, is what will also be used for further family and friends to ‘tune in’ to say goodbye?

What’s more, faffing about with an iPad shouldn’t have been on our to-do list.

Everybody viewing remotely understood the circumstances. While my cousin watching from home described it as a ‘special goodbye’, an online link still felt artificial and insulting to my dad’s life.

I certainly wouldn’t know how to mourn virtually, especially when you see grief from afar but can’t do anything to ease it. It felt disgustingly artificial and insulting.

Even the simplest moments of grieving felt tainted. Flowers saw us desperately disinfecting delivery boxes, for fear of inviting the disease back into our homes.

You’re never ready to say goodbye to anybody, especially not to a parent. Though I never imagined goodbye would be at 25. I’d always lived with the (perhaps naive) assumption that both parents would be at my wedding, and that I’ll see them as proud grandparents one day, gushing over chubby cheeks and baby onesies.

And death is always difficult – unbearable, even. But a ‘socially distanced’ goodbye added industrial strength salt to our wounds.

I do appreciate that we can do something when this pandemic blows over. We could all have a drink for him at our local pub, or hold a (non-socially distanced) memorial. I see how my friend has honoured his best friend’s life with such pride and strength. Pride and strength that I’m still, to this day, in awe of.

But now that we’ve sent my dad’s body and soul off as best and as religiously as we could, can we actually get another shot at goodbye?