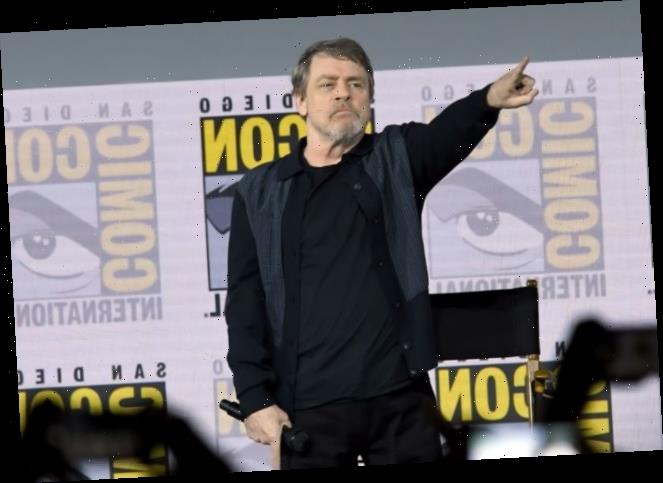 Mark Hamill just revealed that Star Wars: The Rise of Skywalker is the last time he will play Luke Skywalker on the big screens. The actor has been playing the iconic character since the late 1970s and reprised the role one last time for The Rise of Skywalker, which hit theaters in December. With the franchise looking toward the future, Hamill recently bid farewell to the character that made him a household name.

Hamill opened up about the future of the Star Wars franchiseduring an interview with EntertainmentWeekly. The actor, who rose to fame after his debut as LukeSkywalker in 1977, revealed that he believes expanding the franchise to Disney+was a great move.

A few months ago, the studio released the first season of The Mandalorianon Disney+. The series proved to be a huge hit with fans and opened the doorfor other shows to be developed in the Star Wars universe.

While the Star Wars movies have been a huge success overthe years, Hamill argued that television offers a chance for the franchise toget back to its roots.

“I think they have a wonderful advantage on The Mandalorian in that it’s economical storytelling,” Hamill shared. “They don’t have the burden of delivering a gigantic special effects extravaganza like the films had to do.”

The actor noted that The Mandalorian is closer to Star Wars creator George Lucas’ original vision of making a space western. He also admitted that he was “very impressed” by the first season and is glad that the show focused more on the characters than the special effects.

Is this the last time we will see Luke Skywalker?

Although Hamill is excited about the future of Star Wars, he also admitted that he will not appear as Luke Skywalker in future projects. Taking to Twitter, Hamill wrote that The Rise of Skywalker marked the end of his journey as Luke.

“May The 9th Be A Bittersweet Episode- Knowing It Was TheLast Time I Would Ever Play Luke,” Hamill shared on Twitter.

Hamill opened up about his exit from the hit franchise in hisinterview with Entertainment Weekly. The actor was asked if he would considerreprising the role at some point down the road, to which Hamill revealed thathe is happy with how things ended.

“Oh, I can’t imagine that, no,” he stated. “I had a beginning, middle, and end. Those films gave me far more than I ever expected when we started out, so it’s never even occurred to me.”

He went on to say that his final scenes in Star Wars: The Riseof Skywalker were “bittersweet” and that he loves the entire castand crew. He is also very grateful for what the movies have done for his careerand confessed that he does not want to “be greedy.”

Hamill, who is gearing up for a cameo in What We Do in the Shadows, concluded by saying the franchise does not need him any longer and that the current cast will do just fine without him.

Hamill dishes on his infamous line in ‘Star Wars: A New Hope’

Star Wars fans will no doubt have trouble saying goodbye to Hamill, who served as the face of the franchise for many years. While fans have grown to love Hamill, the actor has faced plenty of criticisms related to his performance.

Over the years, fans have poked fun at one of Mark Hamill’s lines from Star Wars: A New Hope in which he says, “But I was going to Tosche Station to pick up some power converters.” Some viewers believe he could have had better delivery, but as far as Hamill is concerned, he got the line just right.

“You know, I get mocked a lot for, ‘But I was going to Tosche Station to pick up some power converters.’ But I did that intentionally to be able to grow and make him as much of a clueless teenager as possible because by the end of the film he has found his purpose in life and he’s so profoundly changed,” Hamill explained.

Hamill makes a strong argument for how he read the line. When fans were introduced to Luke in A New Hope, he was far from the confident hero he would eventually become in Return of the Jedi.

By making Luke somewhat of a whiny teenager in Star Wars: ANew Hope, Hamill left room for the character to grow. That probably won’tquell the naysayers, but at least we know what Hamill was thinking going intothe movie.

Fans can stream the entire Star Wars saga on Disney+.