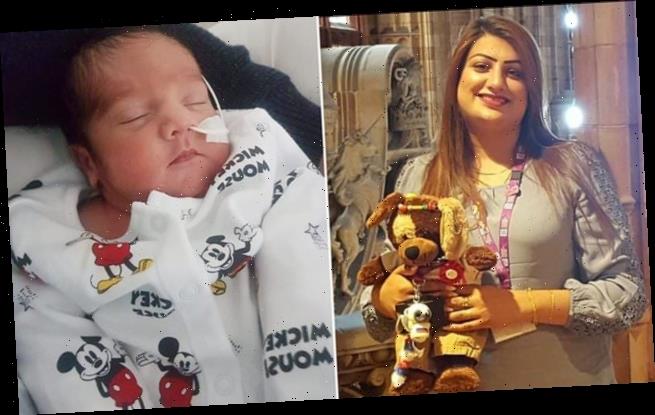 A baby whose mother died of coronavirus just days after he was born has been allowed home with his family.

New mother Fozia Hanif, 29, passed away in Birmingham Heartlands Hospital after her ventilator was turned off on April 8, without being able to cuddle or see her son.

Her baby son, Ayaan Hanif Ali, was born on April 2 at 31 weeks via cesarean section.

Today Fozia’s cousin Zilley Khan shared the news that ‘healthy and happy’ Ayaan had come home in a post to Twitter.

Ms Khan said: ‘Just wanted to share our great news with you all. My cousin who died a month ago aged 29 with covid, who delivered her baby at 31 weeks. Well baby Ayaan is home today covid free, healthy & happy baby MahShaAllah.’ 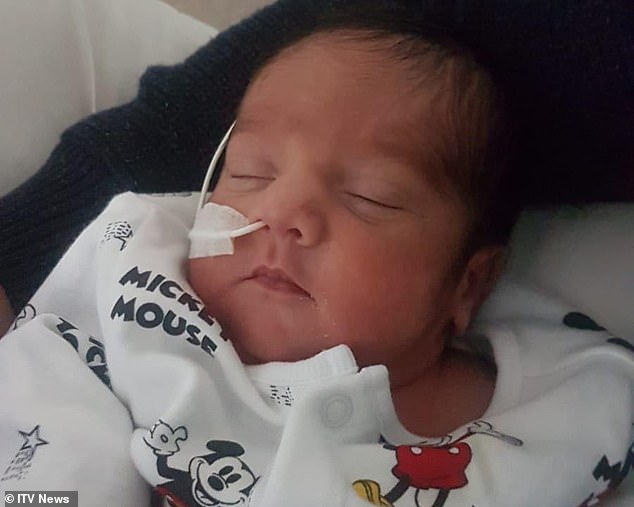 Fozia’s baby son, Ayaan Hanif Ali, who was born at 31 weeks via Caesarean section. The newborn has tested negative for coronavirus but remains in hospital

Adding: ‘Indeed this news has made us forget our sadness and through baby Ayaan we will remember our beautiful cousin Fozia xx.’

A nurse who works at the ICU at Heartlands replied to the post: ‘We were all devastated when your cousin died – out of every storm there is a beautiful rainbow.’

Reassuring the family that the nurses at the unit talked about her often and Fozia’s memory would live on with them, adding: ‘A little piece of her will be with us always.’

The mother, who worked at Birmingham Magistrate’s Court’s probation services, had been taken to a recovery ward after the birth, but was moved to an intensive care unit (ICU) after her condition worsened.

She tested positive for the infection when it was discovered she had a slight fever during a maternity check-up, which she had been attending regularly after losing her first child the previous year. 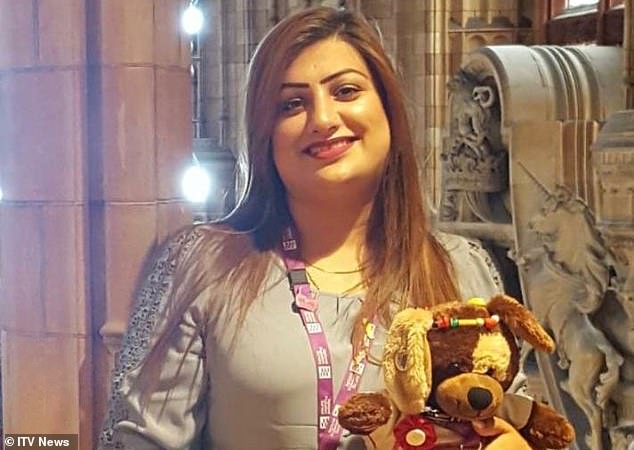 Fozia Hanif, pictured, 29, passed away in Birmingham Heartlands Hospital after her ventilator was turned off on April 8. She had given birth just days before on April 2

According to ITV News, Fozia’s husband, Wajid Ali, said: ‘They said we’re going to keep her here to find out and we’re going to do a Covid test and they kept her for two days.

‘The test came back positive and the next day they said it was mild and you can go home.

‘After four days she had difficulty breathing and we called the ambulance.’

Fozia was unable to receive visitors and could only make a few phone calls while she was on the maternity ward, with much of the communication being between doctors and her family, according to relatives.

Due to her condition, Fozia was unable to see baby Ayaan and only saw photos of him before passing away. 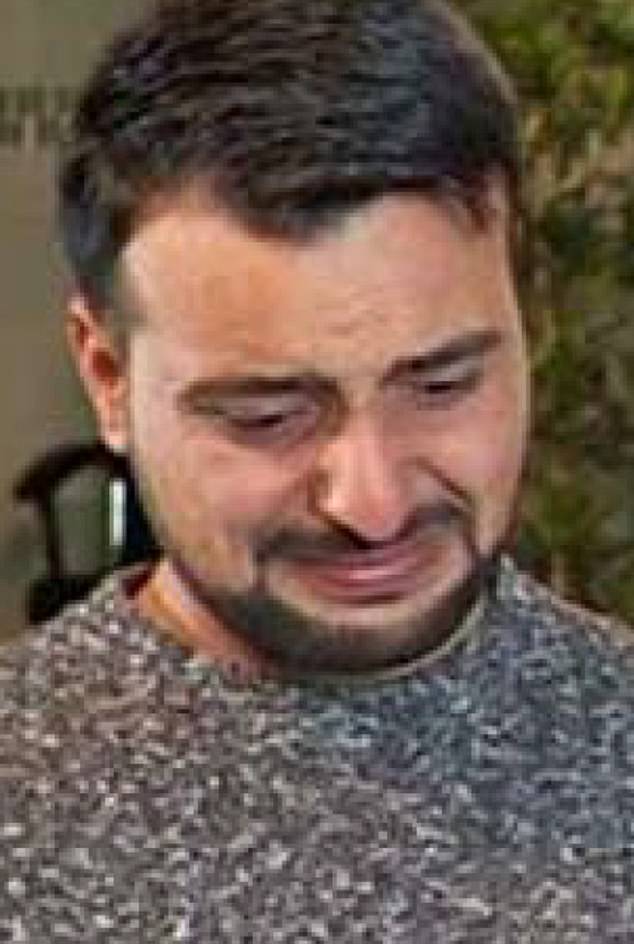 Her husband of seven years, Wajid Ali, pictured, said: ‘She was holding the picture and saying ‘look it’s out baby’ and ‘we’re going to come home soon’…that’s the last time I spoke to her.’

‘She was really happy, she got the baby photo they [the nurses] printed out for her,’ her husband of nearly seven years, Mr Ali, said.

‘She was holding the picture and saying ‘look it’s our baby’ and ‘we’re going to come home soon’… that’s the last time I spoke to her.’

Her sister, Sophia Hanif, said: ‘When the ambulance came they did checks and everything was alright in terms of her blood pressure and sugar levels, but they still had to take her in to hospital for her baby and the next two days, I think it was the second day she was in hospital she gave birth.’

After being informed she had developed a blood clot and was in a coma, her husband and father, Nabil, were allowed to visit wearing personal protective equipment (PPE).

At one stage the family were told her condition was improving and she would be taken to the recovery ward.

Fozia’s father said: ‘It gave us proper hope, we got excited. They took her to the recovery ward, they gave her the phone, we actually spoke to her.

‘When we walked into the hospital when they said they were going to turn the machines off, I said no don’t turn it off until we arrive, she’s a fighter, she can pull through – but when we walked in there, we just kept praying.’

Her sister added: ‘She had no time at all.

‘She was a little superstar with us in our family. She was an inspiration to us all.’