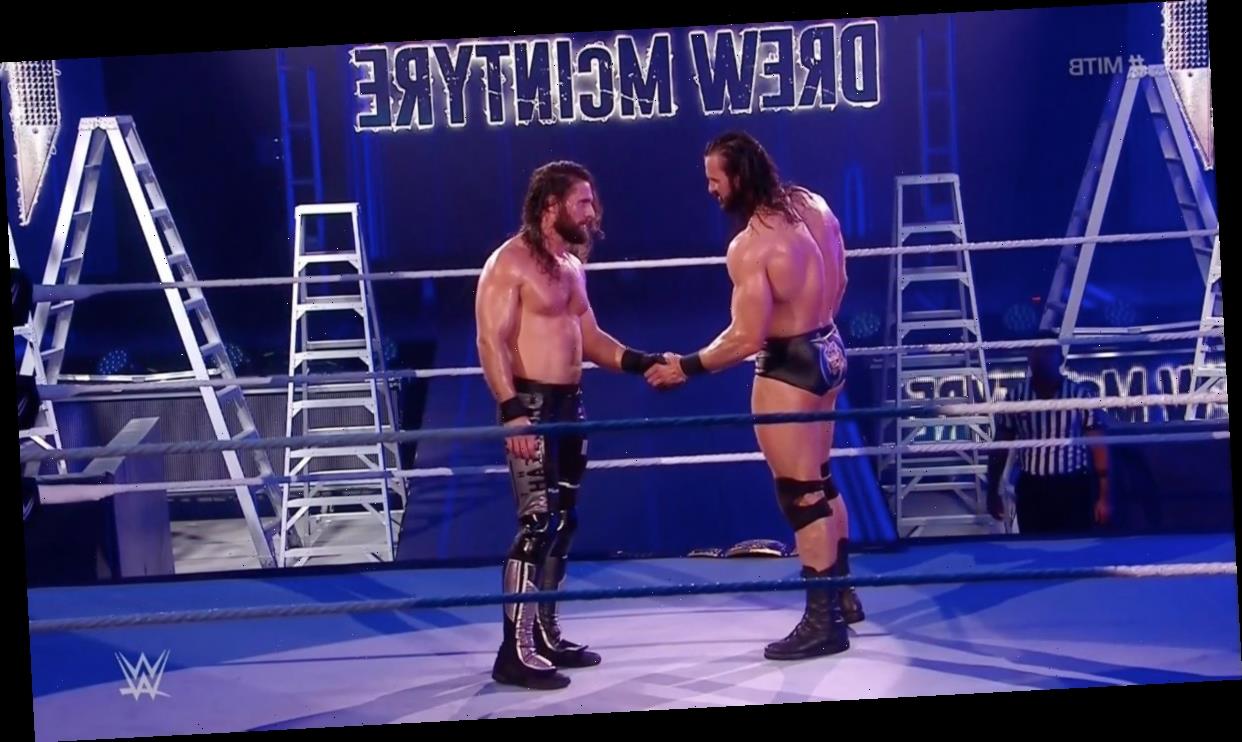 DREW MCINTYRE retained his WWE Title after a bruising encounter against Seth Rollins at Money in the Bank.

The Scottish Terminator made history a month ago by defeating Brock Lesnar at WrestleMania 36. 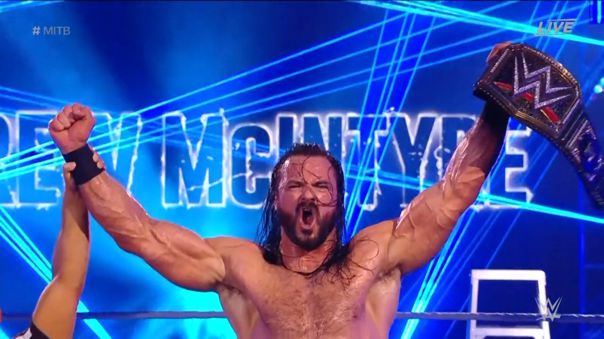 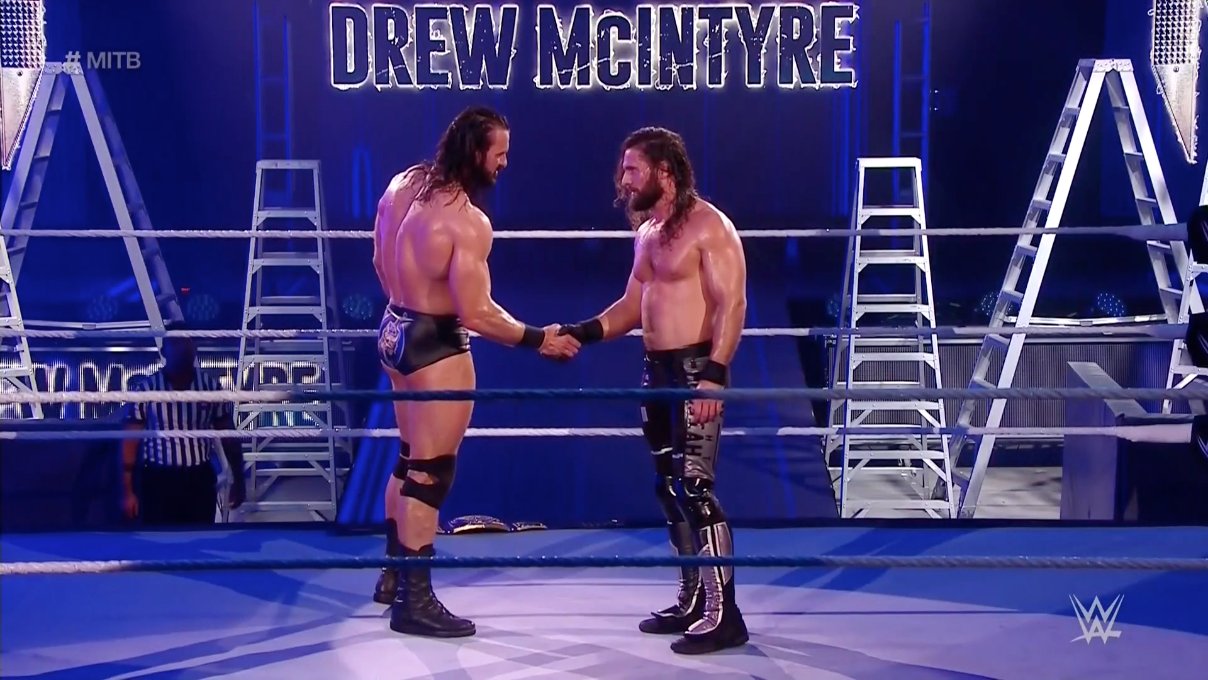 That made him the first-Brit to ever win the biggest prize in the wrestling business.

And the Ayr-born star seems set for a long reign after overcoming the former champ in his latest defence.

The Monday Night Messiah debuted a brand new theme song as he attempted to reclaim his belt.

His usual rapid-fire drum and guitar riff “Burn It Down” anthem was replaced with an orchestral number.

However, that failed to inspire him on his quest to return to top spot in the company despite pushing McIntyre to the limit.

Rollins was on top for much of the contest, hitting a suicide dive and high knee before shouting: “This is my destiny! It's not about you, Drew!”

After the referee intervened to stop him from using a chair, Rollins went up top and hit a superplex into a falcon arrow but only secured a two count.

McIntyre battled back and began counting for the Claymore, but instead he was forced to eat a superkick and then the curb stomp.

That looked to be enough to finish him off but amazingly he kicked out at two again.

Rollins went for a superkick, however McIntyre cracked him with a Claymore and that was enough to seal the win.

And the champ showed his sporting side after the bell as he shook the hand of Rollins, who did so gracefully to the surprise of money.