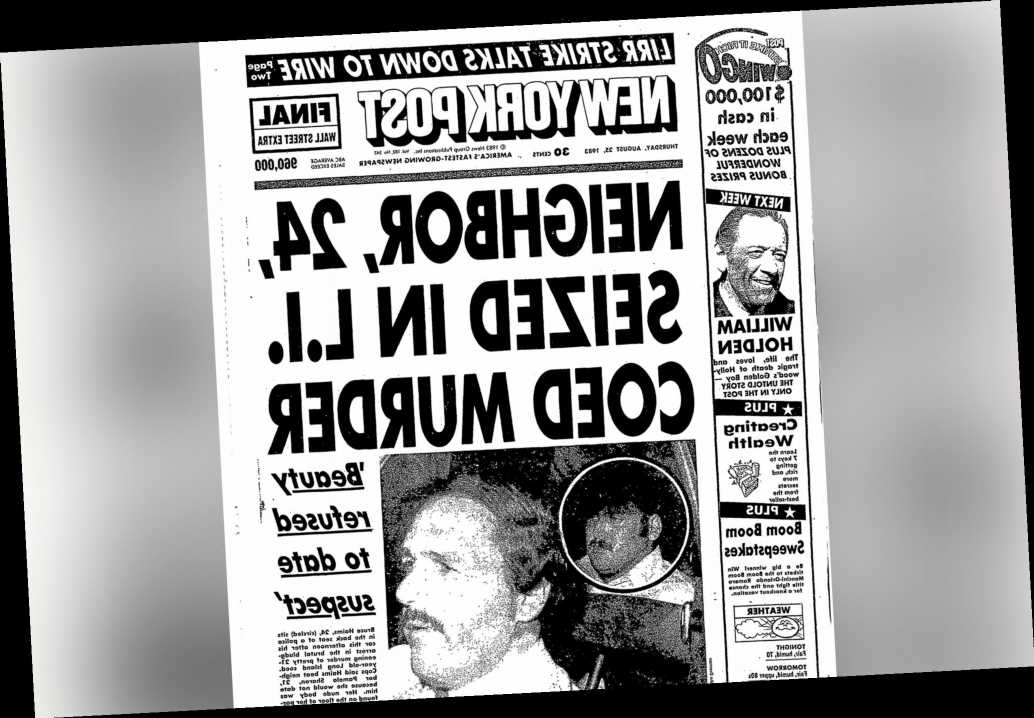 A bookkeeper who fatally clubbed a Long Island woman in 1983 for rejecting him — a crime so heinous that it made the front page of The Post — is about to be sprung from prison, enraging her kin.

“I’ve always been a gun-control advocate. But if the state of New York refuses to protect me and my family from a vicious murderer, we’re left with no choice but to protect ourselves. I am therefore applying for a gun license,’’ said Lisa Sharon, the older sister of slay victim Pamela Sharon, to The Post.

“It’s the Wild West all over again.’’

Sharon’s 21-year-old sister was an office clerk living with their parents in the family’s Great Neck mansion when 24-year-old bookkeeper Bruce Haims killed her.

Haims, who was dating Pamela’s best friend at the time, had snuck into the home when Sharon was alone and tried to rape her after she refused his advances.

He ended up beating her to death — bashing her head in with the family’s heirloom Irish walking stick known as a shillelagh.

Three days later, as cops were still trying to solve the slaying, Haims “came to the house,’’ Pamela’s mother recalled to The Post the day the killer was convicted in 1984. “ He brought chocolates and hugged and kissed me and told me how sorry he was.

“Three hours later, they arrested him.’’

In a recent victim-impact statement to the Gov. Andrew Cuomo-appointed state Parole Board, Lisa Sharon urged the panel to reject Haims’ latest bid for freedom more than 36 years after his crime.

“I’ve known convicted murderer and sex offender Bruce Haims for 40 years. He has not changed,” Lisa Sharon said, adding that women everywhere would be at risk should he be released.

But the board last month voted to release the killer predator, according to its Web site.

The state Department of Corrections and Community Supervision confirmed the move in a letter to Lisa Sharon.

“I am writing to advise you that above named inmate [Bruce Haims] was granted a release decision when he met with the Parole Board,’’ wrote Janet Kouplash, the DCCS’s director of victim assistance.

“The inmate will be released to parole supervision on or about May 26. The release date could be earlier if the community plan is approved earlier.”

The state Parole Board did not respond to questions from The Post, including a request for a transcript of the hearing that paved the way for Haims’ freedom.

Haims, now 61, had previously repeatedly been denied parole since he first became eligible in 2008.

The Nassau County District Attorney’s Office and other officials have consistently joined the victim’s family in opposing freeing him.

Lisa Sharon said in her letter to the board that Haims — a former family neighbor who also worked with her sister — was nothing short of a “pathological liar” who had psychological disorders that made him “impulsive and violent.

“Haims has never been able to withstand rejection, especially by females. He snaps when someone rebuffs him in any way,” Lisa Sharon insisted to the panel.

“Outside of prison, without prison structure and without enforced medical management of his disorders, it’s almost a certainty that a casual rejection could precipitate an unforeseen danger, most likely for women.’’

Gov. Cuomo’s office did not immediately respond to a request for comment. He has appointed or reappointed all 16 members of the current Parole Board. Three members of the panel typically rule on individual cases.

Both the governor and board have stirred outrage over what critics call their inmate-friendly slant.

Cuomo sparked backlash two years ago when he commuted the sentence of Judith Clark, the ex-Weather Underground radical who drove the getaway car in the infamous Oct. 20, 1981, Brink’s robbery in Rockland County. Two state cops and a security guard were killed in the crime. The board approved Clark’s release last year.

The Parole Board also stirred outrage when it released convicted cop killer Herman Bell in 2018.

“I do think the Parole Board has been more receptive to letting inmates out — especially after Gov. Cuomo granted clemency to Judith Clark,” said Bob Dennison, who served as the Parole Board chairman under former Gov. George Pataki.

“That sent a message to the Parole Board. They’re much more liberal in granting release to convicts who have long sentences,” he said.

Cuomo and the state Legislature also have come under fire for a controversial law approved last year that eliminated cash bail for most “non-violent felony” crimes, thus allowing criminal defendants to be free from detention pending trial. Some defendants were re-arrested for allegedly committing other crimes.

The governor and legislature tightened the law last month by extending the list of crimes by which judges can remand defendants.