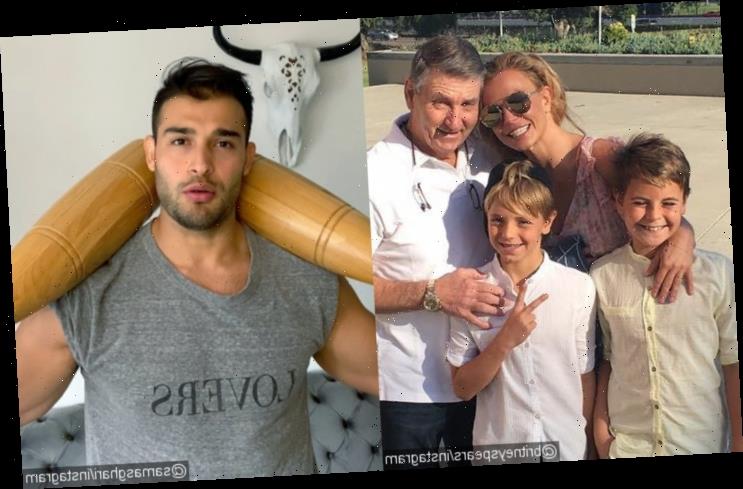 The ‘…Baby One More Time’ hitmaker is said to be wanting to have another child, but her conservatorship gets in the way as her dad Jamie Spears thinks that it’s not a good idea.

AceShowbiz -After dating for over three years, Britney Spears apparently hoped to start a family with her boyfriend Sam Asghari. The 38-year-old singer is said to have wanted to have a child with her beau, but her conservatorship got in the way of her plans.

“Britney told the probate investigator late last year she wanted to have a baby,” a source tells Us Weekly of Britney’s desire to expand her offspring. But her father Jamie Spears disagreed with her, thinking that it would not be good for her. “Her dad had always been against Britney getting pregnant,” the source added.

Britney has been placed under conservatorship since 2008, following her public mental breakdown during which she was taken to the psychiatric ward of Ronald Reagan UCLA Medical Center and put on 5150 involuntary psychiatric hold. Jamie and lawyer Andrew Wallet were put in control of her personal and financial decisions, until Andrew stepped down as co-conservator in June 2019. Later in September, Jamie temporarily temporarily relinquished his powers to Britney’s care manager Jodi Montgomery due to “personal health reasons.”

In May of the same year, Britney was reported to be “exploring formally petitioning the court to end the conservatorship.” The news prompted the #FreeBritney movement that saw support from a number of celebrities, such as Miley Cyrus, Paris Hilton, Cher, Rose McGowan and Sharon Osbourne. The judge in the case, however, issued an order last week that authorized Montgomery to remain as conservator until August 22, until California courts are opened again and hearings could proceed.

Britney is already a mother to two sons, Preston, 14, and Jayden, 13, from her marriage to then-husband Kevin Federline. She began dating Sam, 26, in late 2016, after he starred in music video of her song “Slumber Party”.